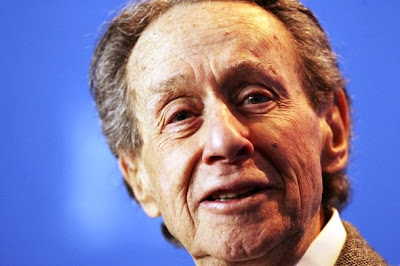 Arthur Penn, like many of our greatest directors, accomplished many fine works, in his case on stage, screen and television, but one landmark film proved so extraordinary it will inevitably tower among the rest as those of us who write about film try to pay tribute to the man who died Tuesday night, one day after turning 88. In case any of you might be uncertain what that film might be, it came out in 1967, polarized critics and has sparked countless imitators and influenced many more ever since. Its title was Bonnie and Clyde. 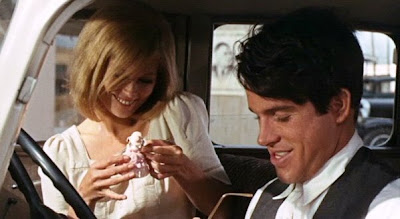 Trying to list all the films — good, bad and mediocre — that came in the wake of Bonnie and Clyde and owe a debt to Penn would take up more space than a large metropolitan city's white pages, so I'll spare you the list. Still, it took a director with Penn's talent to turn Robert Benton and David Newman's screenplay about two famous Depression-era outlaws and transform into a work of art that seemed to play as something new each time you watched it. It was a chase film, a romance, a dark comedy, a slapstick comedy all while offering new statements on movie violence and asking questions we still wrestle with today such as who are bigger thieves: bank robbers or the corporations that own the banks? He gave us what arguably is Warren Beatty's best acting work, ably supported by superb turns by Faye Dunaway, Gene Hackman, Estelle Parsons and Michael J. Pollard. He managed to make a movie set in the Depression that plays as fresh today as it would have in 1967 while films made much more recently already seem dated.

Though, as I said in the beginning, one film alone does not tell the Arthur Penn story. He directed frequently on Broadway, most recently a revival of Larry Gelbart's play Sly Fox in 2004 starring Richard Dreyfuss, Eric Stoltz and even Professor Irwin Corey. He first directed on Broadway in 1956. He received three Tony nomination as director of a play for Two for the Seesaw (1958), The Miracle Worker (1960) and All the Way Home (1961), winning for The Miracle Worker. He also directed the original production of Wait Until Dark in 1966. He also directed the Broadway show that really gave life to the comic teaming of Mike Nichols and Elaine May. In connection with his theater roots, he served as president of The Actors Studio from 1995 to 1998.

Even before he began working on Broadway, he got his directing start on television on the many showcases for plays that flourished in the 1950s. He made his feature debut in 1958 with the story of another famous outlaw when Paul Newman portrayed Billy the Kid in The Left Handed Gun.

Four years later, he adapted his Broadway success The Miracle Worker for movies with original cast members Anne Bancroft and Patty Duke. Bancroft, who won the Tony as Annie Sullivan, repeated the win at the Oscars. Duke also won an Oscar and Penn received his first Oscar nomination as director.

Two years later, he was fired from the movie The Train and replaced with John Frankenheimer. The next year, he teamed with Warren Beatty for the first time in Mickey One. The year after that, Lillian Hellman wrote the adaptation of the Horton Foote novel and play The Chase which Penn directed Marlon Brando, Jane Fonda and Robert Redford in, but again had disatisfying results with studio meddling.

He received his second Oscar nomination for directing for Bonnie and Clyde and rounded out the 1960s with a third one for the joyous Alice's Restaurant, a loose and entertaining film based on Arlo Guthrie's epic folk hit that starred Guthrie himself.

The 1970s began with what I think is his second-best film, the great satirical Western Little Big Man starring Dustin Hoffman as a man torn between his lives as a white man and an unofficial Native American. It also reunited him with Faye Dunaway in a hysterical supporting role and featured Richard Mulligan, best known as Burt on Soap, in an awesome turn as Custer. He also directed one of the segments of the legendary documentary about the 1972 Olympics in Munich, Visions of Eight.

He re-teamed with Hackman for the 1975 detective film Night Moves and put Brando and Jack Nicholson together for 1976's The Missouri Breaks. In 1981, he made a favorite of mine, a real sleeper called Four Friends written by Steve Tesich. Hackman joined him again along with Matt Dillon for 1985's Target. He followed that with the 1987 thriller Dead of Winter and 1989's one-of-a-kind Penn and Teller Get Killed.

His final film projects were TV movies, an episode of a short-lived TV series and he was one of a huge list of directors such as Spike Lee, Liv Ullmann, Wim Wenders, Zhang Yimou, Michael Haneke, James Ivory, Ismail Merchant, David Lynch and many more, who contributed segments for a film called Lumiere and Company .