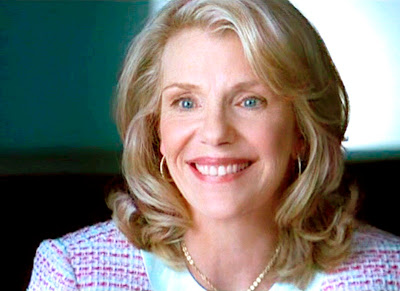 In the mid-1970s, Jill Clayburgh turned in great screen performance after great screen performance earning consecutive Oscar nominations for An Unmarried Woman and Starting Over in 1978 and 1979, then she seemed to vanish from the scene. In recent years, she had begun to reappear again in smaller roles, and I always hoped for a comeback as she always has been one of my favorites. Unfortunately, the cause for her disappearance appears to have been her health, particularly a form of chronic leukemia which has taken the actress's life at the age of 66.

She made her Broadway and film debuts practically in the same time period. In 1968, she hit the stage in the play The Sudden & Accidental Re-Education of Horse Johnson, which ran a mere five performances. That same year she had a brief part on a TV series called N.Y.P.D. before making her film debut in 1969's The Wedding Party directed by Brian De Palma and featuring Robert De Niro. That same year, she began a two-year run on the soap opera Search for Tomorrow.

She departed the soap for a starring role in the Broadway musical The Rothschilds which starred Hal Linden and with music by the Fiddler on the Roof team of lyricist Sheldon Harnick and composer Jerry Bock, who died just earlier this week. She also was an original cast member of the musical Pippin and Tom Stoppard's play Jumpers. Her last Broadway appearance was in a 2006 revival of Barefoot in the Park.

In 1972, she appeared in the film adaptation of Philip Roth's novel Portnoy's Complaint. She appeared in various roles of episodic television before starring opposite Gene Wilder and Richard Pryor in 1976's Silver Streak. She stuck to comedy again the next year in Semi-Tough with Burt Reynolds and Kris Kristofferson.

In 1978, she got one of her strongest roles and her first Oscar nomination as a sudden divorcee in Paul Mazursky's An Unmarried Woman, the part which may be the best she ever put on screen, perfectly blending the shock, humor and pathos of a woman whose husband leaves her and is forced to re-enter the dating world.

In 1979, she co-starred with Burt Reynolds again in another comedy-drama concerning divorce, Starting Over, which brought her a second consecutive Oscar nomination. That same year, she starred in Bernardo Bertolucci's controversial Luna as a decidedly nontraditional mother and opera star and recent widow with an extremely close relationship with her teenage son.

In 1980, she had to choose between boyfriend Charles Grodin and her new stepmother's son (Michael Douglas) in It's My Turn. In 1981, she starred opposite Walter Matthau as the first woman Supreme Court justice in First Monday in October, ironically the same year the U.S. got its first woman Supreme Court justice. In 1982, she played a woman addicted to prescription medication in I'm Dancing As Fast As I Can.

After that, her screen and television appearances became less frequent, though she did have a particularly good guest shot on an episode of Law & Order as a divorce attorney in 1998 and a recurring role on Ally McBeal as Ally's mom. She received an Emmy nomination for a guest appearance on Nip/Tuck. She was a regular on Dirty Sexy Money.

Clayburgh was one of the many talents wasted in the film Running with Scissors. She will be seen later this month in Edward Zwick's Love and Other Drugs starring Jake Gyllenhaal. Another film featuring Clayburgh, Bridesmaids, directed by Paul Feig and starring Rose Byrne and Jon Hamm is due next year.

She is survived by her husband, the playwright David Rabe, and their daughter, the actress Lily Rabe.

Comments:
Posthumous Oscar nomination for Love and Other Drugs please!

As I watched Bridesmaids I remembered her fine work in Silver Streak, and Starting Over....and was sad knowing she had passed. RIP to one of my favorites of all-time. You're in a better place. JM