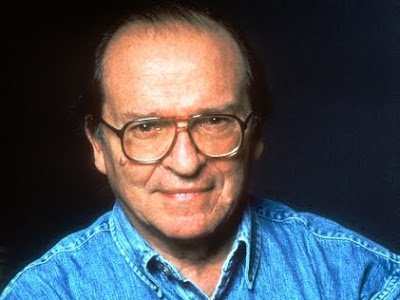 I want you to get up right now. I want you to stand up, out of your chairs. I want you to get up, go to your window, open it and shout, "I'm as sad as hell. Sidney Lumet has died." One of the all-time great film directors, whose debut in 1957, 12 Angry Men, earned him his first Oscar nomination, and who 50 years later still was capable of producing as great a film as Before the Devil Knows You're Dead died today in New York at 86.

Lumet actually began his career as a child actor, making his first appearance on the Broadway stage in 1935 in the original production of Dead End. He'd act on Broadway multiple times until 1948 when directing for 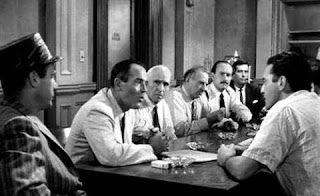 television caught his eye. He only directed on Broadway three times. His direction for television began in 1951 and included both episodic television and the many live playhouse shows until the chance to direct 12 Angry Men as a feature came along in 1957. Its origins as a play clearly showed, but there was no point trying to open this tale up since the claustrophobia of that jury room heightened the drama and Lumet used to his advantage, as in the moment when they discuss the unusual knife the defendant had and that the victim was killed with and Henry Fonda suddenly whips out one of his own, tossing it so the blade sticks in the middle of the table. The film contained a great cast including, in addition to Fonda, Lee J. Cobb, E.G. Marshall and Jack Warden. In fact, of the 12 members of that jury, only Jack Klugman remains with us today.

Lumet continued his television work, not directing another feature until 1959's That Kind of Woman starring Sophia Loren. The following year, he got more notice when Tennessee Williams adapted his own play Orpheus Descending into The Fugitive Kind which Lumet filmed with Marlon Brando and Anna Magnani. In 1962, Lumet made a film of another stage classic, Eugene O'Neill's Long Day's Journey Into Night, starring Katharine Hepburn as the opium-addicted Mary Tyrone.

In 1964, he filmed two of his most underrated movies: The Pawnbroker, featuring a great performance by Rod Steiger as the Jewish title character, a Holocaust survivor, who has given up on mankind; and Fail-Safe, a tense nuclear thriller starring Henry Fonda that got overshadowed by the satire of Kubrick's Dr. Strangelove which came out first the same year.

He kept quite busy for the rest of the 1960s and early '70s, directing The Hill, The Group, Bye Bye Braverman, The Sea Gull, The Appointment, Last of the Mobile Hot Shots, The Anderson Tapes, The Offence and Child's Play. In 1971, Lumet and Joseph L. Mankiewicz co-directed the documentary King: A Filmed Record...Montgomery to Memphis about Martin Luther King Jr.

Beginning in 1973, Lumet started what was the most creatively fertile and rewarding period of his filmmaking career, one that earned him four consecutive nominations from the Directors Guild. Starting with Al Pacino in Serpico, it was one of many times in Lumet's career he'd turn his lens on the issue of corruption among police. In 1974, he went in another direction, casting Albert Finney as Agatha Christie's famed Belgian sleuth Hercule Poirot and assembled an amazing cast for Murder on the Orient Express. 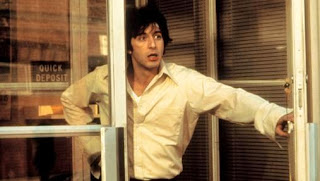 Then came the first of an amazing one-two punch with 1975's Dog Day Afternoon, one of Lumet's greatest achievements and a film I never tire of watching. With Al Pacino and John Cazale attempting to rob a bank and having it turn into a hostage situation and a media sideshow, it's a wonder. It brought Lumet his first Oscar nomination for directing since that initial one for 12 Angry Men. It's not only proof of what a great director Lumet could be but when they released the special two-disc DVD edition of the film, Lumet also showed that he's one of the few people who actually recorded DVD commentaries that were worth listening to, sharing many interesting details about the production of this great work which deftly blends the humorous, the tragic and the absurd.

He followed Dog Day up in 1976 with the incomparable Network. While much of the credit for this satirical and prescient masterpiece deservedly goes to Paddy Chayefsky's Oscar-winning script, Lumet's direction 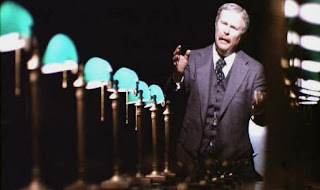 shouldn't get short shrift. The way he filmed the chaos of the network control rooms and its overlapping dialogue and always found the right pacing for whatever craziness was going on. Also, as in Dog Day, Lumet didn't have a musical score. Except for the opening song in the 1975 film and the network news theme in Network, he eschewed any musical underscore. Neither film needed one. He also assembled some great visual compositions, such as the long view down the canyons of New York with windows open as far as the eyes could see with heads sticking out screaming "I'm mad as hell" to Ned Beatty and the lighting as he's at the end of that long conference table about to give Peter Finch his corporate cosmology speech. Brilliant. Lumet received his third directing nomination.

Things got a little bumpy filmwise after that. Next came the adaptation of the play Equus followed by what many count as his biggest mistake: casting a too old Diana Ross as Dorothy in the big screen version of the Broadway musical The Wiz, which also featured Michael Jackson as the Scarecrow. Next came a rather lame Alan King-Ali McGraw romantic comedy (Yes, you read that correctly) called Just Tell Me What You Want.

Lumet began to get his bearings again by going back to police corruption with 1981's Prince of the City, which earned him his first Oscar nomination in a writing category. The next year brought him his final nomination as a director for The Verdict, starring Paul Newman as an alcoholic lawyer seeking redemption. That same year, he made the fun adaptation of the play Deathtrap starring Michael Caine and Christopher Reeve.

The remainder of his career mixed some OK efforts with some really bad ones. He made Running on Empty, which earned River Phoenix an Oscar nominaton but did his best when going back to corruption in movies such as 1990's Q&A and 1996's Night Falls on Manhattan. In 2005, the Academy finally saw fit to award him an honorary Oscar, back when they still televised those events. At least he ended on a high note, with the really good 2007 film Before the Devil Knows You're Dead starring Philip Seymour Hoffman, Ethan Hawke and Albert Finney.

Comments:
Lovely tribute, Eddie...what do you think are the essential Lumets?

I don't think anything tops the one-two punch of Dog Day Afternoon and Network.