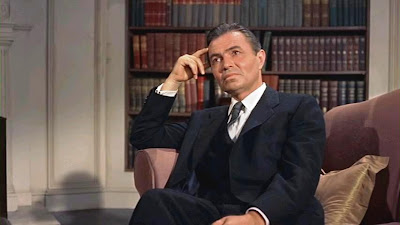 By Edward Copeland
When an artist is called prolific, it is usually an adjective being attached to a writer or if it's in the film medium, perhaps a director, but there probably is no better word to describe the amount of film and television work churned out by James Mason as an actor. Check out his filmography at IMDb. Even if all his work were available on DVD, I doubt anyone would have time to watch it all. Hell, I doubt Mason himself, who was born 100 years ago today, could have even been able to view everything he was in. He was too damn busy. His first 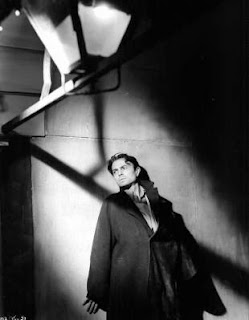 credited film role dates to 1935 in a mystery titled Late Extra and it seems as if he never stopped working after that in films originating in all parts of the world. Mason turned in one of his best performances for director Carol Reed in 1947's Odd Man Out, which tragically is not available on Region 1 DVD. Mason turns in a superb outing as an Irish nationalist who tries to evade police after a robbery, despite the fact that he's been seriously wounded. As I mentioned, Mason's filmography is so extensive, there is no way I could be comprehensive, even if I wanted to be, so I'm sticking to the films I've seen or that I recognize as being notable. There were several more I'd hoped to catch, but an unexpected hospitalization interferred with my plans. In 1949, Mason co-starred with Barbara Stanwyck, Van Heflin, Ava Gardner and Cyd Charisse in Mervyn LeRoy's odd but watchable hybrid of soap opera melodrama, romance and noir in East Side, West Side. Mason plays Stanwyck's husband, who truly loves his wife but can't bring an end to his caddish playboy ways. 1951 brought two distinctive roles for Mason. He played Nazi Field Marshal Erwin Rommel in The Desert Fox, making the man a sympathetic soldier who had no use for Hitler's lunacy and politics. He even reprised the role in a cameo in 1953's The Desert Rats, which focused on Richard Burton as a Scottish army officer. His other 1951 offering had the look of a Powell-Pressburger production thanks to the great color cinematography of Jack Cardiff, but Albert Lewin directed Pandora and the Flying Dutchman which reunited Mason and Gardner in a modern interpretation of the mythical tale. 1952 brought another of Mason's greatest roles and yet another film frustratingly not found on Region 1 DVD: Joseph L. Mankiewicz's 5 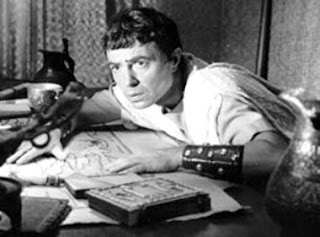 Fingers. Mason excels as the valet for the British ambassador to Turkey during World War II who envisions a cushy existence for himself, one he intends to finance by becoming a spy for Germany. It's another example of what Mason brought to all his greatest roles: a certain gravity that tethered him to the ground and made almost all his roles seem real even in the most questionable of films. In 1953, he teamed with Mankiewicz again and while Marlon Brando garnered most of the attention as Antony in Julius Caesar, Mason was no slouch as Brutus either. The following year brought two of Mason's most recognizable roles: His first Oscar nomination as Norman Maine in the remake of A Star is Born opposite Judy Garland and as the legendary Captain Nemo in the adaptation of Jules Verne's 20,000 Leagues Under the Sea opposite Kirk Douglas. Mason made an odd choice in 1956 when he appeared opposite Lucille Ball and Desi Arnaz in Forever, Darling. In their second feature film during the run of I Love Lucy, Desi and Lucy played a couple with a struggling marriage and Lucy starts being visited by her guardian angel who wants to help her save her marriage, the main joke of the film being that her angel is a dead ringer for James Mason, her favorite movie star, which does lead to a funny sequence where they go to see a positively awful looking James Mason movie. Three years later, he starred in one of his time capsule candidates: playing the suave bad guy mistakenly chasing Cary Grant in Alfred Hitchcock's North By Northwest. That same year, he returned to Jules Verne as a professor who becomes obsessed with the idea of finding his way to the earth's core in Journey to the Center of the Earth. I can only assume his descent into partial madness was sped along by having to endure Pat Boone's attempt at a Scottish accent and frequent slips into lip-synching pop songs. Throughout the late 1950s period, the ever-busy Mason started being seen with more frequency on the various theater anthology series on television, work on the small 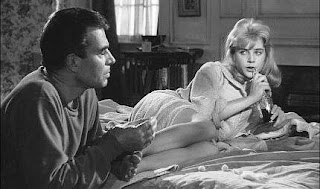 screen he continued in the 1960s while still appearing on the big screen. When 1962 arrived, Mason took on the character of Humbert Humbert in Stanley Kubrick's adaptation of Vladimir Nabokov's controversial novel Lolita. Once again, while he was surrounded by some silliness around him (provided mainly by Peter Sellers), Mason kept Humbert grounded in the real world even as he obsessed about the young teen (Sue Lyons). Throughout the 1960s, Mason continued to appear in film productions around the world as well as on television, including a four-episode run on TV's medical drama Ben Casey. In 1966, he scored his second Oscar nomination, this time in supporting, as the older London businessman obsessed with making a carefree, somewhat homely teacher his mistress (Lynn Redgrave) in 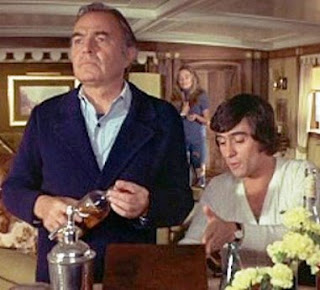 Georgy Girl. Be careful what you wish for. Mason continued to balance classics with potboilers and paychecks, such as a film of The Sea Gull or exploitation classics such as Mandingo. Sometimes, the stars aligned and a little gem sprang force such as The Last of Sheila. Written by Stephen Sondheim and Anthony Perkins, it's a mystery disguised as Hollywood satire featuring Mason, Raquel Welch, Dyan Cannon, James Coburn, Richard Benjamin, Joan Hackett and none other than young Ian McShane long before we ever met Al Swearengen. He returned to the Nazi military for Sam Peckinpah for Cross of Iron and returned to a heavenly guise, this time trying to guide Warren Beatty in an afterlife screwup in Heaven Can Wait, the 1978 remake of Here Comes Mr. Jordan. The story requires more than just a little suspension of belief but like most of Mason's roles, he manages to sell it somehow even if others in a production descend to camp. The next year he got to spar lovingly as Dr. Watson to Christopher Plummer's Sherlock Holmes in Murder By Decree, making the most out of a night at the theater or a meal's last pea. He worked for another monster, a vampire, (see comments) when TV adapted Stephen King's Salem's Lot in 1979 and he earned a final Oscar nomination as supporting actor as the wily defense attorney of a crooked hospital in The Verdict in 1982. Mason never managed to nab the golden guy, but he sure knew how to put on a good show. 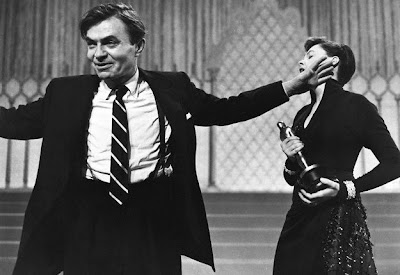 Comments:
Jimbo is one of my topping favourites, right there with Charlie Laughton and George Sanders. I first saw him in "A touch of larceny", waaay back while I was in school (Nice film, it'ddeserve a DVD release)

A few years ago I seized easter holidays to treat myself a private Mason season: The Seventh Veil, Odd Man Out, Rommel, and a few others.

Michael Powell's "Age of Consent," starring and produced by Mason and costarring a very young Helen Mirren was recently put on DVD for the first time is also very much worth a look.

James Mason did not play a vampire in Salem's Lot; he played the lead vampire's human lackey, Straker.

I hadn't seen it since it originally aired. I'd planned to rewatch it but it was always on a wait list until it was too late. I remembered wrong. Thanks for the correction.