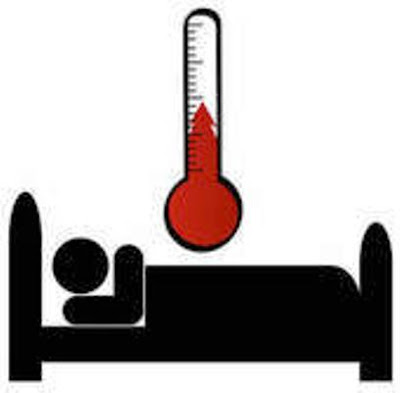 By Edward Copeland
I debated writing this for quite some time, mainly because I feared it would come off sounding as "woe is me" whining and who the hell wants to read that? However, with the circumstances of the past couple of months healthwise, I felt I might as well jot my thoughts down to explain to readers and virtual friends what has been going on.

As regular readers know, I have primary progressive multiple sclerosis. I also happen to be bedridden, though the M.S. really didn't cause that. A combination of an incompetent and greedy urologist and a hospital that didn't listen to me and begin physical therapy immediately despite my pleas of fear of losing what limited use of my legs I had when I was placed there for treatment of a severe bedsore that developed in a matter of days as a result of the botched surgery by the quack urologist.

Anyway, just wanted the background out of the way. Today is my birthday, the third I'm spending in this bed, in this room, without the use of my legs. The first year happened to be the one when I turned 40. As Eliot said, April is the cruelest month and it has been my personal history (and, to some extent, the history of the world) that many sad and bad things happen in the month of April.

Five years ago today was the last time I spoke to a dear friend of mine who died unexpectedly 11 days later. My beloved corgi Leland died two years ago April 29 and for most of the last year of her life, I wasn't really able to pet her. Going way back, for my 17th birthday my parents gave me one of their cars as a present. That car was soon totaled when someone rear-ended me. April 12, 1994, was the day my grandmother died. Though I was fortunate not to know anyone who perished, I lived in Oklahoma City on April 19, 1995, when Timothy McVeigh blew up the federal building. April also was when Columbine happened (and my cousin and his family happened to live in Littleton, Colo., though his kids were little). More from April: Lincoln was assassinated. So was MLK. Hitler was born. Today also marks the fourth anniversary of the Virginia Tech massacre. This week also will denote the first anniversary of the BP oil spill that wrecked the Gulf.

I didn't intend to get carried away and turn this into April's worst hits (on the plus side, I've always liked that I was exactly 80 years younger to the day as Charlie Chaplin). What I originally intended to write about here was to talk about what's going on with me now. One of the general side effects associated with M.S. is fatigue and I've been feeling it more and more, to the point that it's hard for me to stay awake during the day. My doctor prescribed me Adderall, but even with that I find myself nodding off. I can't write as quickly as I used to and, except for a couple of faithful contributors such as VenetianBlond, Squish and, most especially, Ivan G. Shreve, Jr. and J.D. (who have gone above and beyond the call of duty) and guest writers such as Sheila O'Malley, Paul Kraly and Adam Zanzie, I haven't had a lot of help in picking up the slack from my slowed output.

I always like to try to have something new up Monday through Friday, but those days seem long gone. It's taking me too long to get things done. Mildred Pierce took up a lot of my time and let's just say Elizabeth Taylor picked the worst possible time on the worst possible day on the worst possible week to die. It happened to be a day when my caregiver comes in the morning for bathing and other things and, despite my Adderall, I kept dozing until 1 p.m. in the afternoon. By the time I finally was awake enough to start, it took me more than four hours to write her appreciation. The following day, I slept until 11 a.m., got up for about an hour and a half until my parents found me asleep at the computer, and then slept again until 5 p.m. I woke up at 3:30 p.m. the day Sidney Lumet died. At least he only took a little more than an hour and a half to write, but there weren't eight marriages to work in.

With long-term projects and the aforementioned Mildred Pierce and a constant influx of HBO documentaries, my Netflix movies tend to gather dust. Then, if I do get to watch them and even like one (such as Easy A) I'm too wiped to write about it. I just don't know how much longer I'll be able to keep the blog going. I know the days of daily content are over. There are other matters involving a crooked doctor trying to scam me that I won't go into as well as watching the continuing physical deterioration of my aging parents that just adds to my general April ennui and depression over all things, especially the prospect that the blog could be nearing its final moments and my purpose for perpetuation with it. To make matters worse, my laptop keeps acting screwier and screwier and if something happens to it, there won't be money to fix or replace it.

Sorry for such a bummer of a post, but I felt I should vent for myself and should let the blogosphere know in the event ECOF suddenly fell silent. I will keep trying to produce as much as I can (A new post is complete for Monday) and I hope my contributors and guest writers will keep delivering their quality content as well, for which I am very grateful. I hope I will be able to do recaps of the second season of Treme, less haphazardly than I did the first, but I face two challenges: my fatigue and the addition of Jon Seda to the cast. Blech.

Comments:
I've never heard that before about the month of April, but you could be on to something, Ed. My wife's grandfather just died on Sunday and his oldest son remarked that it was several years TO THE DAY that his little boy died.

Sorry things continue to go badly for you, Ed. I hope they get better. I feel bad because my new blog's been a little inactive lately too. I gotta write something and soon.

April is a weird month. I even used to narrow down bad shit and bad luck happening to the day: April 9th. Among other things, that's the birthday of a girl I knew back in college that I'd have saved myself a lot of trouble not knowing. (Word to the wise, kids: If you meet someone who says, "I love money!" run like the fucking wind.) Come to think of it, April 9th even sort of sucked this year (my family had a party, and my dad loves to spoil things by throwing petty temper tantrums while everyone else is having a good time), but I've mostly moved beyond finding patterns and realized that bad things can happen any time of the year. Good things too. I'm sorry to hear that the former has surpassed the latter for you over the last couple years. That said, I also thank you for keeping things going in all the ways you've been able, and for being one of the earliest supporters of my modest online presence. You kept me going in that respect, and it's meant a great deal to me.

Thanks for this. I appreciate that you update the blog with what's going on. No other amount of me typing and blabbering on really conveys how I feel when I read a post like this, so I just want to say thanks for venting.

Whenever you posted your amazing, in-depth recaps of Boardwalk Empire I savored every word and insight because I remember you mentioning how hard those were for you to write. I appreciate, like Craig, the fact that you continue to keep the blog alive. Yours was one of the very first blogs I started reading (and fashioning mine after) in 2007. I just want you to know that.

Let me know if there's ever anything I can do to contribute content for the blog. I would be more than glad to offer up something.

Ed- I'm sorry to read you are still struggling with your disease. I have enjoyed my time on your site, and it's difficult to think of you in such bad circumstances. Thank you for your efforts. I hope that you are able to reach a better level of balance and health. My best to you.

For me, it's always been October. Relationships founder (or I just get dumped),parents go into the hospital for surgery and never come out again, jobs are surplused, friends die, siblings ger divorced, nieces and newphews get murdered in prison, etc.

I am very sorry to hear of your ongoing fight with MS. For what it's worth, since I discovered this site a couple months ago, I have been impressed with the quality and quantity of your content.

I wish you luck and grace and peace of mind, hope you can continue to add to this outstanding site.

I want to thank you all for you kind thoughts. I'll keep trying as long as I can hold out (and if my computer doesn't go kaput).

I think I mentioned this to you once before but it's a honor to be able to contribute to your blog because you inspire me to do better work. (I can be lazy at my own blog.) And as long as you continue to invite me to be a guest, I'll try my best to keep up the pace. What a lot of people don't know is that you were one of the first people to inquire about my brief disappearance from the blogosphere about a year ago, and as such it's always been my policy to reciprocate in kind. Keep fighting the good fight, paisan.