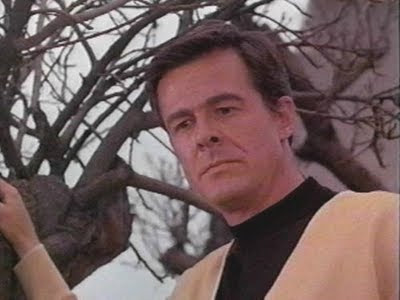 His best-known roles always placed Robert Culp as part of a team or in the role of a sidekick, but that gives a bit of short shrift to the career of the actor, who has died at age 79 after taking a fall at his home.

His first big hit was as the agent teamed with Bill Cosby on the landmark 1960s series I Spy. In the 1980s, he aided the unlikely hero in the campy sensation The Greatest American Hero. Those were far from the only things on Culp's resume however.

Beginning in the early 1950s, he worked on many of the standard dramatic and episodic television series such as Alfred Hitchcock Presents and the various theatrical series. His first regular series, Trackdown, was a western where Culp played a Texas ranger tracking down an assortment of bad guys. The series lasted 70 episodes over three years and its main director was a man named Sam Peckinpah.

His first feature film appearance didn't arrive until 1963 in PT 109, the story of JFK's experiences in World War II. Perhaps his best-known film role was in 1969's Bob & Carol & Ted & Alice. He also played the president opposite Julia Roberts and Denzel Washington in the adaptation of John Grisham's The Pelican Brief.

For me though, some of my favorite Culp memories are his four appearances on various episodes of Columbo, particularly the one where he played a motivational expert who used subliminal messages to lead to a murder. R.I.P. Mr. Culp.

Comments:
I liked the Culp Columbo outing where he owned (or managed) an NFL team and killed his victim with a block of ice by a pool.

But my ALL-TIME favorite Culp TV role was as a Christ figure in The Outer Limits episode (written by Harlan Ellison) "Demon With A Glass Hand."

I'm with Matt on this. His portrayal of Trent in DEMON WITH A GLASS HAND was simply haunting. Still, ARCHITECTS OF FEAR and CORPUS EARTHLING were none to shabby either from THE OUTER LIMITS (original series). But Culp had quite an extraordinary multi-decade career as actor, director, and perhaps in gaining appreciation of him as a writer. I grew up watching him in so many TV series before he broke out in I SPY. I will miss him. Thanks for this.

I've never really seen much of The Outer Limits, but the way you two talk about it, I wish I had.