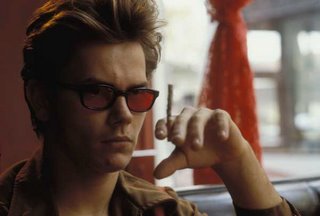 While Fellini leaves an impressive and influential body of work, the full promise of River Phoenix's acting career will never be fulfilled because the young actor died Sunday at the age of 23. As tends to be the case in the deaths of young performers, the circumstances of his death, which are still unclear as of this writing, will likely overshadow Phoenix's body of work.

They shouldn't. Though his career was tragically brief, Phoenix did leave an impressive body of work as one of the foremost talents of the generation born after 1961.

His performances embodied his generation's restless spirit as well as its hidden strengths. At times, Phoenix was undisciplined but mostly his talent overflowed. Phoenix was also one of the rare examples of a performer who began his career at a young age but was able to adapt and grow into adult roles.

The first time I noticed Phoenix was in the 1985 television movie Surviving, one of the many teen suicide-theme telefilms made in the mid-'80s. The film starred Zach Galligan, then hot off 1984's Gremlins, and Molly Ringwald, the reigning princess of John Hughes' teen film fiefdom of the time.

Phoenix played Galligan's younger brother — the actor must have been about 14 — and he gave the most effective performance in the movie.

Now, eight years later, hardly a peep is heard from the careers of Galligan and Ringwald while, in contrast, Phoenix's star continued to ascend. Prior to his death, Phoenix was set to play the role of the interviewer in Neil Jordan's film of Interview With the Vampire starring Brad Pitt and Tom Cruise.

Following Surviving, Phoenix soon began popping up in big-screen movies. He made the forgettable Explorers, which co-starred Ethan Hawke, another rising talent of the 13th generation. 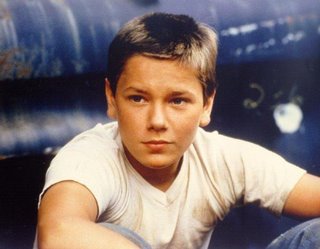 Phoenix's real breakthrough, though, came with two films in 1986. First, in Rob Reiner's Stand By Me, he stood out among the four young actors, playing the kid whose tough veneer masked an inferiority complex. Later that same year, he took what could be considered his first lead, playing Harrison Ford's son in The Mosquito Coast. He was the narrator and the story focused on his reaction to and relationship with a radical and possibly delusional father.

By the time Phoenix was 18, he had already earned an Oscar nomination as supporting actor for his work in 1988's Running on Empty, Sidney Lumet's film about the talented child of underground 1960s activists still on the run 20 years later. Despite the film's focus on Phoenix's character, he was relegated to the supporting ranks because that's where notable performances by teen actors tend to be placed by the Academy.

Following Running on Empty, Phoenix worked steadily, appearing as the young Indiana Jones in the prologue to Indiana Jones and the Last Crusade and as a member of ensembles in light entertainments such as I Love You to Death and Sneakers.

The film that stands as a testament to his promise and his talent was 1991's My Own Private Idaho. While the film itself was somewhat of a messed-up misfire, Phoenix was touching and riveting in his portrayal of a narcoleptic street hustler. He was named best actor at the Venice Film Festival, but was robbed of a much-deserved second Oscar nomination.

Unfortunately, there will be neither more nominations nor Oscars for Phoenix. His latest work, the forgettable The Thing Called Love, won't bring him honors next year, even though his performance was the best thing in the story of aspiring country musicians. Phoenix was gifted enough as an actor and as a musician that he was the only performer whose character rang true.

That was part of his gift — an essential, natural honesty. He was working on a film titled Dark Blood at the time of his death, but the future of the project is unclear at this time. Another film he had completed, Silent Tongue, has been playing the film festival circuit.

While the ultimate tragedy of Phoenix's untimely death will be felt by family and friends of the actor, film lovers should mourn the loss of not just the actor but the body of work that Phoenix will never make.

His part in Interview With the Vampire will be recast. Years after the film is released and the inevitable debate over Cruise as Lestat has subsided, few will probably remember that Phoenix was an original cast member. Phoenix's work will stand the test of time and, one hopes, overcome the shocking news of his death.

Phoenix probably won't have a celebrity cult form around him the way one did around James Dean, but hopefully his talent, like Dean's, will be remembered and appreciated. In both cases, the actors deserve to be celebrated for what they did with their short lives, not for how they died or for what others did or might do with their images after their deaths.