From the Vault: Crooklyn 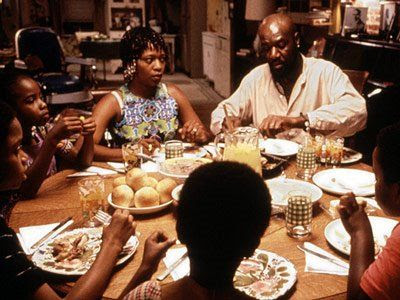 Without a doubt, Spike Lee remains one of the most talented directors working in film today. Unfortunately, his greatest weakness — screenwriting — continues to plague him, especially in his latest work, Crooklyn.

With the exception of his unequaled greatest film Do the Right Thing, even his most worthy efforts (Malcolm X, Jungle Fever) could have used one or two more rewrites before filming began. With his least successful films (such as Mo' Better Blues), their weaknesses were usually the fault of the writing. While Crooklyn hardly equals the mess that Mo' Better Blues was, it certainly exhibits the same structural problems and lack of cohesion.

Crooklyn, which Lee co-wrote with his siblings Joie Lee and Cinque Lee, marks a departure for Spike in its subject matter, offering a warm, tragicomic look at growing up in Brooklyn in the early 1970s, when the main drugs parents had to worry about their kids falling prey to wasn't crack or heroin but television and sugar.

Alfre Woodard and Delroy Lindo head the Carmichael clan, a family of seven loosely based on the real-life Lees. Woodard plays Carolyn, who teaches school and tries to keep the house in order, including her husband Woody (Lindo), a musician trying to stay true to his art even if that means placing his family in a financial strait-jacket.

Crooklyn takes the point of view of the family's only daughter, 9-year-old Troy (newcomer Zelda Harris). While the film certainly looks through her eyes, it doesn't seem to be a strong enough viewpoint to carry the film's whimsical meandering.

While Woodard, Lindo and Harris all give solid performances, the four brothers tend to disappear into the woodwork, never really developing into characters in their own rights. Subplots about a neighbor (David Patrick Kelly) and two glue-sniffing street kids (one played by Spike Lee) appear but never really go anywhere, though the glue sniffers do provide some funny camera angles.

Crooklyn turns out pleasant enough, but by the end, it feels as if something has been left out and it just stops. Despite the good actors and nice touches by Lee, Crooklyn ultimately disappoints. A film cannot survive on '70s vibes alone.