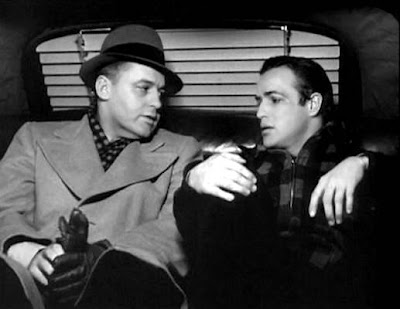 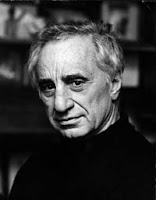 By Edward Copeland
I can hear the grumbling already. Why does Elia Kazan deserve a tribute? He named names before the House Un-American Activities Committee hearings under Joseph McCarthy in the 1950s. It was the same cry that greeted him when he was given an honorary Oscar in 1998. (My own objection was that he didn't need one since he'd already won two Oscars competitively and there were plenty of film artists who'd received none who deserved honoring.) Was what he did honorable? No, but I was not in his position. Who knows what anyone would do in a similar position concerned about their family and their career? It also seems that he takes a worse beating than others involved in that despicable piece of American history. When Budd Schulberg recently died, little was made of his testimony. Jerome Robbins got a pass since Ed Sullivan basically blackmailed him into testifying by threatening to expose his homosexuality if he didn't. To me though, the greatest example of whitewashing is that of Robert Kennedy. He didn't testify, but he worked for McCarthy, believed in his cause and liked the man so much that he made McCarthy godfather to his daughter Kathleen. No one was pressuring him to do any of that and he never renounced McCarthy and only broke with the committee because he hated Roy Cohn. Anyway, let's face it: The true cowards were the studio heads and producers who didn't have the stones to stand up to intimidation and actually enforced the blacklist. Therefore, this tribute is not here to pass judgment on Kazan's character, because I didn't know him so I can't say. However, I do know Kazan as an artist and he made a lot of fine films and did a lot of legendary stage work I wish I could have seen. His work is what this tribute is about. So let's restrict the comments to that. 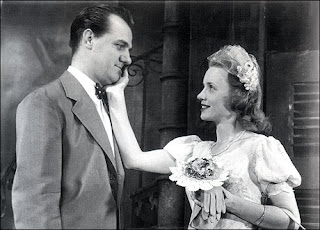 Kazan was born in Constantinople in the Ottoman Empire before it became Istanbul, Turkey. Kazan began his Broadway career as an actor, but once he became a director, that's when his career and legend took off. To read the list of plays that Kazan was the first to stage on the Great White Way is astounding. Works by Tennessee Williams: A Streetcar Named Desire, Camino Real, Cat on a Hot Tin Roof and Sweet Bird of Youth. Works by Arthur Miller: All My Sons, Death of a Salesman and After the Fall. There also was Tea and Sympathy, J.B., The Dark at the Top of the Stairs and The Skin of Our Teeth, to name but a few. If only I could have seen any of those, but not having been born yet does present that problem when it comes to live theater. His Broadway career began before the Tony Award did but he eventually earned nine nominations and won three for directing. 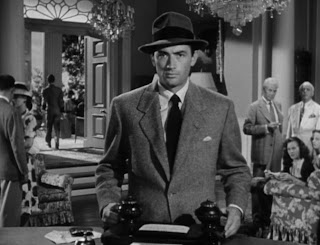 As for his Hollywood career, Kazan made a short documentary called The People of the Cumberland in 1937 but didn't really get things going until he made his first feature in 1945 with A Tree Grows in Brooklyn, a well-made melodrama about a young woman (Dorothy McGuire) and her dream growing up in the poverty of a Brooklyn tenement in the early 20th century. It also set the course for the great success Kazan had with his film actors and Oscar, winning James Dunn the supporting actor award for playing the girl's happy-go-lucky if undependable and alcoholic father. In 1947, Kazan helmed three films and won his first Oscar. He made the lesser Spencer Tracy-Katharine Hepburn vehicle The Sea of Grass, the noir courtroom drama Boomerang! and the year's best picture winner, Gentleman's Agreement. Gregory Peck starred as a reporter going undercover to investigate anti-Semitism. While certainly a noble topic, the film has not aged well and its best attributes today are Celeste Holm's Oscar-winning supporting performance and John Garfield. Ironically, one of the other best picture nominees that year, Crossfire, also dealt with anti-Semitism and holds up as a better film, though in the the story Crossfire was based on the murder victim wasn't Jewish, he was gay.

Two years later, Kazan returned with the overly melodramatic Pinky, the tale of a light-skinned African-American woman who has passed for white but who returns home to her grandmother's home, engaged to a white doctor who didn't know the truth of her racial identity. As in most Kazan's films, it has solid performances, particularly from Oscar nominees Ethel Waters as Pinky's grandmother and Ethel Barrymore as a wealthy woman that Pinky cares for as a nurse. The part that is hard to get past is that Pinky is played by Jeanne Crain (who also was nominated). No wonder it was so easy for her to pass. Whenever Hollywood either in its Golden Age or as recently as its adaptation of Philip Roth's The Human Stain casts a white actor to play an African American passing for white, it just can't help but feel off. The next year came Panic in the Streets, which I haven't seen, which starred Richard Widmark and Jack Palance in a suspense tale about a 48 hour search for a killer infected with the plague. 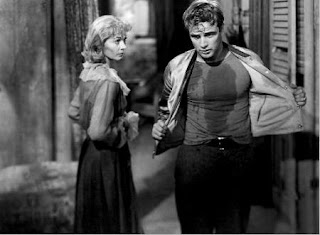 In 1951, Kazan got to re-create one of his Broadway triumphs when A Streetcar Named Desire came to the big screen with most of the Broadway cast, with the exception of Vivien Leigh replacing Jessica Tandy in the role of Blanche Du Bois. It made Marlon Brando a sensation as his stage triumph of Stanley Kowalski lit up movie theaters around the world. Ironically, of the four principles in the cast (Brando, Leigh, Karl Malden, Kim Hunter), Brando was the only member of the acting quartet to go home empty handed. Kazan had to tone down some of the sexuality due to the censors' restrictions of the day, though some of the moments were restored later and the version of the film you can see today is usually more daring than 1951 moviegoers were allowed to see.

Brando and Kazan teamed again the following year in quite a different setting with Viva Zapata! Brando played Mexican revolutionary Emiliano Zapata who led an uprising against the corrupt dictator Diaz in the early 20th century. Kazan's Oscar luck for actors continued as Anthony Quinn won his first supporting actor Oscar for the film. I haven't seen Kazan's next film, 1953's Man on a Tightrope starring Fredric March, but by the descriptions of it I could find, it would seem to line up with the change in his outlook on the Communist Party, coming the same year as his HUAC testimony. It details a circus trying to escape the oppressive boot of the Soviet Union by making an escape to Bavaria.

The following year brought what many consider to be Kazan's masterpiece, his film of Budd Schulberg's screenplay for On the Waterfront. With its story of a man standing up to the rackets running the waterfront, Kazan and Schulberg were obviously making an allegory for the McCarthy hearings, only making the person who named names (as Kazan and Schulberg both did) the hero who suffers for doing it. Even those who disapproved of their real-life actions, couldn't dispute the power of Kazan's images, Schulberg's words and that cast, led by Brando's Oscar-winning Terry Malloy and supported by Oscar winner Eva Marie Saint, Rod Steiger, Karl Malden and, most especially, Lee J. Cobb. It took the Oscar for best picture and earned Kazan his second directing Oscar. 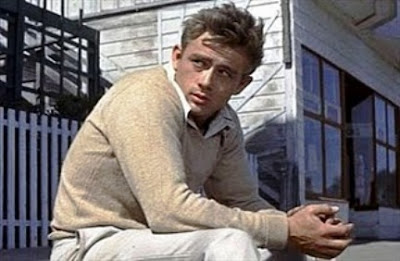 In 1955, Kazan tackled the film adaptation of John Steinbeck's East of Eden which turned out to be one of the three feature films made by the legendary James Dean and, in my opinion, his best performance. It earned Dean the first of his two consecutive posthumous Oscar nominations for best actor and won the supporting actress honor for Jo Van Fleet. It's truly Dean who powers the film, which can be a bit plodding. 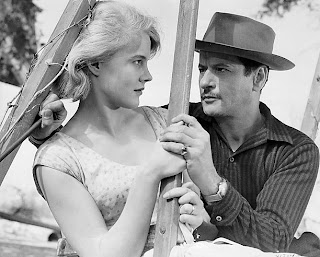 Next up, Kazan teamed with Tennessee Williams again as Williams reworked two of his one-act plays into one of the most bizarre and, for its time, controversial films of his career, Baby Doll. A steamy Southern gothic tale with Karl Malden in a rare unsympathetic role playing a failed businessman who weds a 19-year-old virgin temptress (Carroll Baker) who sucks her thumb and sleeps in a crib with the condition that the marriage cannot be consummated until "she is ready for marriage." Complicating matters is a rival cotton gin owner (Eli Wallach), out for revenge because Malden burned his gin down, blaming him for the loss of his business. Wallach's sleazy Sicilian sees Baker as the perfect vehicle for him to bring about Malden's comeuppance.

1957 brought the other Kazan/Schulberg collaboration, A Face in the Crowd, a decidedly underrated film that so wowed me upon re-watching it that I decided it deserves a separate review today. Kazan's film output slowed after that, directing only six more features between 1960 and 1976 of which I've only seen two. In 1961, there was the somewhat silly Natalie Wood-Warren Beatty vehicle Splendor in the Grass, which seems to send the message that sex makes young women CRAZY. In 1963, he adapted his own book about his uncle's 19th century immigrant experience in America, America, a filmwatching journey that's nearly as arduous as the real trip must have been except for Haskell Wexler's glorious cinematography. Kazan's final feature was an adaptation of F. Scott Fitzgerald's unfinished novel of Hollywood, The Last Tycoon, with a script by Harold Pinter and starring Robert De Niro, Robert Mitchum and Jack Nicholson, among others. Ever the actor's director to the end, he directed performers to 24 Oscar nominations and nine Oscar wins.

Comments:
I think Kazan does deserve a tribute [this is nicely done]. I always feel a bit unkindly towards I think it was Arthur Miller who cut off all ties with Kazan after an incident. Kazan is one of my favourite directors.

Frankly, Ed as a non-leftist who gives a damn? This all happened almost 60 years ago. I don't care that Trumbo *hearted* Joe Stalin in judging his films.

As for Kazan, he was a great director but fell into decline after "Face in the Crowd" - any explanation?