BLOGGER'S NOTE: This review/tribute contains spoilers, so if you haven't seen the House finale yet, move along. 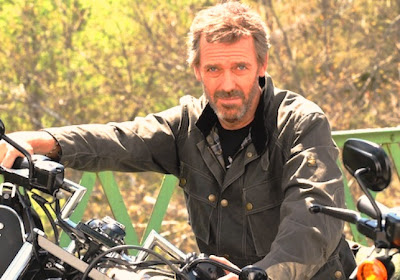 By Edward Copeland
When I first heard that House would end this season, I immediately told a friend that the only way the show could end would be with the prickly but brilliant doctor with a limp dying. I said, "He's been shot, practically killed himself several times attempting to solve a medical puzzle, committed himself to a mental hospital and been sent to jail — what else could they do but actually kill him?" Turns out I was right — sort of. I can't say that the finale overwhelmed me or that it falls onto the list with the worst series finales of all time. Except for its closing moments between Hugh Laurie and Robert Sean Leonard's Wilson, "Everyone Dies" played to me the same way most of the episodes in the past three seasons did — as if the show's creative team was stuck in idle and just spinning their wheels. My criticisms of Monday night's ending does contain several specifics, which I'll get to after the jump. In a post to come later, I'll talk about the series in general and an attempt to pick 10 favorite episodes of all time. Though I continue tinkering with that list, I can tell you I have decided that of the eight seasons, looking back at when all the best episodes were, the choice for best season hardly was a contest. That prize belongs to the second season. 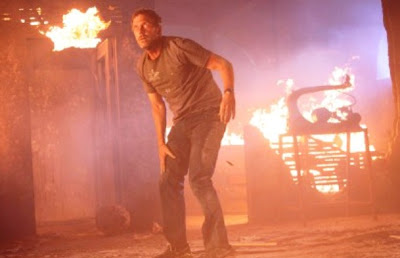 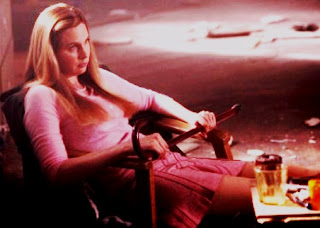 The rumors circulated for a while that some former cast members such as Jennifer Morrison (Cameron) and Kal Penn (Kutner) would be making appearances and I saw a YouTube video with footage of the wrap party where Amber Tamblyn (that med student whose name I can't remember) mentioned that she'd pop up briefly in the last episode. 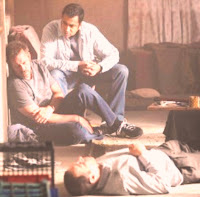 It seemed obvious to me that if they planned to resurrect Kutner that Amber (Anne Dudek) would not be far behind and she wasn't. (Hooray!) I don't know if the writers considered it, but if they planned for faces of his past to confront House as the building burned, why not try to get R. Lee Ermey back as the man who raised him and left him with so many psychological scars? More importantly, though I've read the stories that Lisa Edelstein's departure from House wasn't exactly a happy one, but the lack of Lisa Cuddy, either in House's imagination or at his "funeral" just rang false. I could imagine given the way the character left that Cuddy would not bother with the funeral, but you can't convince me that Amber, Kutner, Cameron and ex-girlfriend Stacy (Sela Ward) visit his smoke-inhalation induced reverie but Cuddy got turned away at the rope line by a bouncer. By the way, what in the hell has Sela Ward done to her face? Why do performers insist on damaging their most important 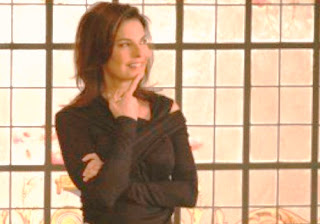 asset this way? Have plastic surgery techniques grown worse over the years instead of better? Just for a light moment, they ought to have tossed in a moment of Taub (Peter Jacobson) looking horrified when he meets Stacy for the first time given that's what he used to do for a living. It's terrible — Ward's facial muscles looked as if they were frozen. I could cite lots of other examples — scary Kenny Rogers, Dolly Parton's new look that makes her cheeks and lips look as if they modeled them on a fish and all the lost, possibly great performances we could have from Faye Dunaway, who know resembles Jack Nicholson as The Joker in Tim Burton's Batman when he wears the flesh makeup. Pardon the digression. Cuddy's absence made for the biggest flaw. It was great to see many of the other past regulars or prominent guest stars, especially Andre Braugher's brief moments as Dr. Nolan. The resemblance to the Scrubs finale might have been too similar (the real finale, not that lame-ass med school half-season), but how about some of the patients he saved at the funeral or the ones he didn't haunting him? I wouldn't have hated seeing Michael Weston return as Lucas. Even when House's former personal P.I. dated Cuddy, he and Greg continued to get along in a civil manner and before that, his character really was the only other male character besides Wilson to forge some kind of bond with House. He never acted like the sort to let resentment simmer for long stretches of time, so I imagine Lucas got over Cuddy dumping him for House long ago and it's highly doubtful they reconciled since we last saw her. Again though, that goes back to a loose thread that deserved to be tied in some way, even if didn't take the form of an appearance by Edelstein. 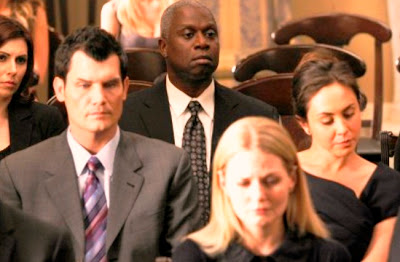 "Everybody Dies" lacked — until its very final moments — the key asset that attracted me to House in the first place: Its humor. (Though I give them points for waiting eight years before making a Dead Poets Society reference.) At least the final medical case involving guest patient James LeGros (looking physically more like the LeGros I'm familiar with than his beer-bellied Wally Burgan in HBO's Mildred Pierce miniseries) actually tied into the plot. House might have insisted on only taking "interesting" patients, but that part of the show stopped being interesting to me and most viewers I know a long time ago. I also had a couple of nitpicky things. Chase (Jesse Spencer) quits two weeks ago and now that House is "dead," he comes back and gets his job? Honestly, maybe I'm alone on this, but hasn't Taub demonstrated better diagnostic skills? I also find it funny that such a huge deal keeps being made about House driving his car into a living room and then breaking parole by causing a ceiling to collapse. Foreman (Omar Epps) refuses to commit perjury for him to get House off the hook about accidental ceiling collapse, but he's complicit in covering up the murder of Dibala (James Earl Jones), the dictator of an unnamed African country and just appointed the doctor who killed Dibala on purpose to head House's department. They call House a dangerous jerk? Also, while it's nice to see that Cameron already found a new guy and gave birth, I can't be the only one who wants to know if she defrosted dead husband No. 1's sperm to spawn or if the tot belongs to the man. 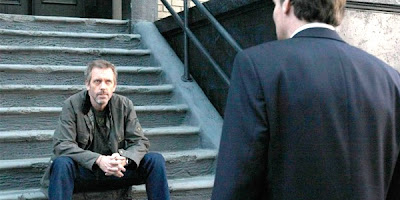 On the other hand, while we assume that House and Wilson's honeymoon will be short, could the show end any other way? In many ways, House wasn't simply Sherlock Holmes recast as a doctor, it focused on living in and with pain. You could summarize the show's thesis with almost any of the classic jokes that Woody Allen's Alvy Singer delivers in Annie Hall. The final season of House even included an episode titled "We Need the Eggs." You could take any of them: "And such small portions." That's why the idea of House considering suicide just rang false. He might after Wilson lost his battle with cancer, but not before. His attitude echoes Alvy (coincidentally, the name of his hyper buddy from his time at the mental hospital, but spelled with an "ie" instead of a "y," played by Lin-Manuel Miranda). Life is "full of loneliness, and misery, and suffering, and unhappiness, and it's all over much too quickly." Actually, the closest Annie Hall line I believe has to be when Alvy says, "I feel that life is divided into the horrible and the miserable. That's the two categories. The horrible are like, I don't know, terminal cases, you know, and blind people, crippled. I don't know how they get through life. It's amazing to me. And the miserable is everyone else. So you should be thankful that you're miserable, because that's very lucky, to be miserable." Now though, for at least five months, James Wilson and the late Gregory House ride off in the sunset together. That one woman in their apartment building "mistakenly" thought they were gay. Not counting why Wilson and Amber split up, something must keep breaking up Wilson's relationships — and some preceded Wilson meeting House. If the motorcycles break down and they end up on a bus as Wilson nears the end, I will have a hard time picturing him as Ratso Rizzo to House's Joe Buck though.


Laurie alone kept me hanging on to the end of House because I loved the character he created. Sadly, I believe he soon will join an exclusive club. Members include Ian McShane's Al Swearengen on Deadwood, Jeffrey Tambor as Hank Kingsley on The Larry Sanders Show, Jason Alexander as George Costanza on Seinfeld, John Goodman as Dan Conner on Roseanne and Jackie Gleason as Ralph Kramden on The Honeymooners, to name a few of the actors who created some of the greatest characters in television history, none of whom ever received an Emmy Award. Hugh Laurie certainly belongs in this group because Dr. Gregory House was one of a kind. Still to come, saluting the series as a whole and unveiling that list. 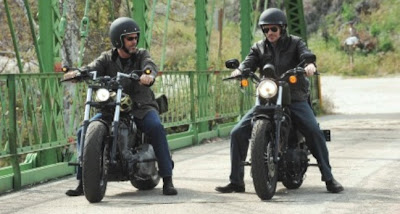 Comments:
Boy, that was a great trip down memory lane, although I wasn’t alive when “The Honeymooners” were on TV. I suppose Fred Flintstone is forever indebted to Jackie Gleason for that matter. I have always been a TV junkie, but my family required me to cut out TV on weekdays. I was thrilled when I realized that I have the opportunity to watch a whole show before I go to work at Dish. I can automatically skip 20 minutes of commercials with Auto Hop on my PrimeTime Anytime recordings. It is so convenient that I can press one button and watch commercial free while I’m getting the kids and me ready for school/work.