Not straight out of Brooklyn 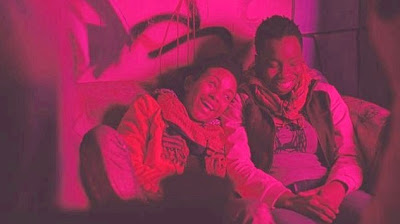 By Edward Copeland
Coming-of-age movies could be the most pervasive story device in cinema's lifetime yet. Unlike other genres, the well-tread territory very often manages to find a fresh approach while maintaining that universal feeling at the same time. Writer-director Dee Rees' Pariah proves that again by telling the story of a teen girl's blossoming that hasn't been told before but should be recognizable to anyone.

The "pariah" in Pariah is a 17-year-old Brooklyn girl named Alike (Adepero Oduye) who seems to be facing outcast status on multiple fronts. At school, she's smart and excels in her classes, so some students tease her as a geek. She also doesn't care about fashion, something that makes her a target of mockery, not only by other students but by her image-conscious mother Audrey (Kim Wayans, stepping away from her famous family's comic brand name and giving a fine dramatic turn in a dramatic role) who dotes on her younger sister Sharonda (Sahra Mellesse) instead. In fact, within her family only her mostly absent (and philandering) policeman father (Charles Parnell) even refers to her by her given name of Alike — her mom and most others call her Lee.

The biggest hurdle that Alike faces and can't seem to jump requires the teen to admit first to herself, let alone anyone else, that she's a lesbian. It's more a less an open secret between her and her openly gay best friend Laura (Pernell Walker) and based on their friendship, many assume the truth, hurl homophobic slurs or choose not to see what's obvious.

Her mother has the biggest denial complex of anyone, forbidding "Lee" from hanging out with Laura because she's a "bad influence" and trying to force her into a friendship with a co-worker's daughter Bina (Aasha Davis). That backfires on Audrey since Bina might not have the obvious "bad influence" look of Laura, but she's also confronting her sexuality. This leads her to being an outcast among the outcasts, who feel that Alike's burgeoning relationship with Bina isn't "butch" enough.

Oduye leads the very talented cast that makes film both touching and heartbreaking, with touches of humor at times. She's especially powerful when she does voice the truth about her sexuality to her parents and even better later when she calmly explains to her father that "choosing is not running." Rees impresses with both writing and directing. One of the film's executive producers is Spike Lee, for whom Rees served a 40 Acres and a Mule internship program on Lee's Inside Man and his great documentary on Hurricane Katrina, When the Levees Broke: A Requiem in Four Acts. Though Rees has made several short films and a feature-length documentary of her own, Pariah marks her first feature-length fictional film.

Pariah first began earning acclaim and prizes at 2011 Sundance Film Festival where it was one of the 15 films that lost the Grand Jury Prize for dramatic film to the awful Like Crazy (and I'll testify under oath that four of those 15 were robbed. A fifth I couldn't finish). It did win the Grand Jury Prize for Cinematography in a dramatic film for Bradford Young, though if you check Pariah's awards at the increasingly flaky Internet Movie Database, it will say that Dee Rees won the cinematography prize. If you want to check out some of the other strangeness I've found at IMDb, check out this sidebar.

Actually, that's only true for this feature version of Pariah. It began life as a short film that Rees made in 2007 that won more than a handful of awards and had nearly the same cast as the feature version playing the same roles. (Among the more notable exceptions: the great Wendell Pierce, Treme's Antoine Batiste and The Wire's Bunk Moreland, played Alike's father Arthur.)

I've never seen Pariah the short, but Pariah the feature deserves most of its accolades.