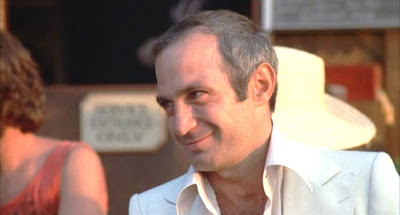 We've lost yet another of the unofficial John Cassavetes repertory company with the news that the great Ben Gazzara lost his battle with pancreatic cancer Friday at the age of 81. Gazzara left his mark on stage, screen and television throughout his long career and never abandoned his taste for taking risks beyond the works of Cassavetes, who directed Gazzara in three films and co-starred with him in two movies directed by others, eventually appearing in films by directors such as David Mamet, Vincent Gallo, the Coen brothers, Todd Solondz, Spike Lee, Lars von Trier and Gérard Depardieu. 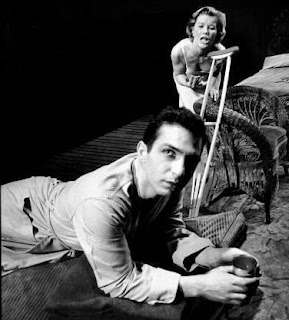 A native Manhattanite from a working class family, once the acting bug bit Gazzara, he studied under Lee Strasberg at The Actors Studio. He made his Broadway debut in 1953 in Calder Willingham's adaptation of his own novel End as a Man which earned Gazzara a 1954 Theater World Award. In March 1955, he created the role of Brick in the original production of Tennessee Williams' Cat on a Hot Tin Roof under Elia Kazan's direction. Barbara Bel Geddes had the role of the original Maggie and Burl Ives put his mark on Big Daddy. Only Ives and Madeleine Sherwood as sister woman Mae made the leap to the 1958 movie version. Though the Pulitzer Prize-winning play was a huge hit, Gazzara departed it later in 1955 to take the lead role of Johnny Pope in A Hatful or Rain written by Michael V. Gazzo, who movie buffs undoubtedly know better as Frankie Pentageli in The Godfather Part II. The play concerned a Korean War veteran who came home addicted to morphine and how it tore his family apart, It earned Gazzara his first Tony nomination as lead actor and co-star Anthony Franciosa a nomination as featured actor as his younger brother. When it was made into a film in 1957, Don Murray got to play Johnny though Franciosa kept his part and earned an Oscar nomination in the lead category. Gazzara's final Broadway appearance in the 1950s was a gigantic flop. The Night Circus also was written by Gazzo, but it closed after seven performances. It did co-star Janice Rule, who Gazzara would wed in 1961. For the remainder of his New York stage career, he would receive two more Tony nominations (but never a win). One for playing George to Colleen Dewhurst's Martha in a revival of Edward Albee's Who's Afraid of Virginia Woolf, the other for an evening of paired one acts: Eugene O'Neill's Hughie and David Scott Milton's Duet. In 2004, he received a Drama Desk nomination for solo performance for his off-Broadway play Nobody Don't Like Yogi about baseball legend Yogi Berra, which he took on tour. He received a 2006 Drama Desk Award as part of the winning ensemble for the Broadway revival of Clifford Odets' Awake and Sing!, his last stage appearance. 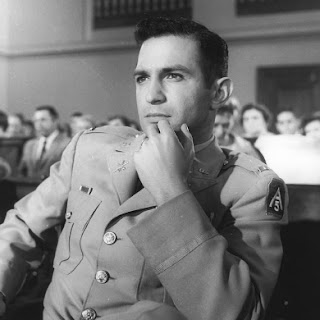 Concurrent to his stage work in the 1950s, Gazzara appeared frequently on television, almost exclusively on the many live theater programs that originated from New York, though some episodic appearances pre-date his Broadway debut and stretch back to 1952 on series such as Treasury Men in Action, Danger and Justice. He didn't make his film debut until 1957 in The Strange One, which is the title they gave to a reworked version of the play End as a Man with many of the original Broadway cast repeating roles along with Gazzara including Pat Hingle, Peter Mark Richman (not using the Peter yet), Paul E. Richards and Arthur Storch. His second film in 1959 though is one of his works that will keep his memory alive as the defendant in Otto Preminger's Anatomy of a Murder starring James Stewart. The film still plays well today, though it's hardly as daring now as it was in its original release. While Gazzara always bounced between the three mediums, his only regular roles on series took place in the 1960s. First, as Det. Sgt. Nick Anderson on the 30 episodes of Arrest and Trial from 1963-1964, then as Paul Bryan in the far-more-successful Run for Your Life which aired from 1965=1968 and earned him two Emmy nominations as outstanding lead actor in a drama series. He also was nominated in 1986 for the lead actor in the TV movie An Early Frost and won as supporting actor in a TV movie for the 2002 HBO film Hysterical Blindness. 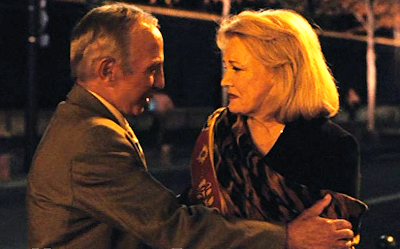 Gazzara never stopped working and if I attempted to be comprehensive, I'd never finish this. It would be impossible to have seen everything he has made — I imagine even he never saw all of his films. I never realized how many movies he made in Italy. In The New York Times obit, it quotes a 1994 interview he gave to Cigar Aficionado magazine about those movies where he said, “You go where they love you.” So, forgive any omissions, because I'm finishing this fast.

You always want to start with the Cassavetes trilogy: Husbands, The Killing of a Chinese Bookie and Opening Night and how those working friendships spread to other projects such as Gazzara directing Husbands co-star Peter Falk in two episodes of Columbo and, many decades later Cassavetes' widow Gena Rowlands wrote a short film for her and Gazzara to star in that Gérard Depardieu directed as part of Paris, je t'aime . There was the incredibly goofy Patrick Swayze vehicle Road House where Gazzara played the bad guy, but he portrayed Brad Wesley in such a damn entertaining way you kept forgetting that he was the one you were supposed to be rooting against. His mysterious Mr. Klein, one of the many puzzling characters in David Mamet's puzzle picture The Spanish Prisoner. The magnificent duet of dysfunction that he and Anjelica Huston performed in Vincent Gallo's Buffalo '66. The neighborhood boss trying to play peacekeeper and vigilante at the same time in Spike Lee's Summer of Sam. Then he was part of the quirky ensembles that made up Todd Solondz's Happiness and the Coens' Big Lebowski.

Gazzara lived to take chances and loved to work and he did both about as well as anyone. RIP Mr. Gazzara.

Comments:
RIP. He was amazing person... It's a great lost for mankind((