“You should have seen the Atlantic Ocean back then…” 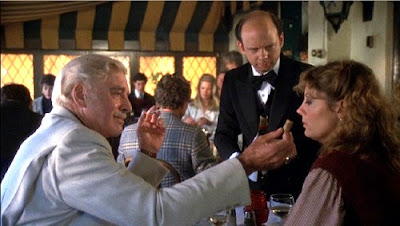 By Ivan G. Shreve, Jr.
Thirty years ago on this date, Atlantic City was released to U.S. theaters, a combination crime drama-love story set against the backdrop of the famed New Jersey burg that at the time of the movie’s production had seen the luster of its resort town status give way to a far seedier milieu dominated by casinos and legalized gambling. The oddest aspect of City is that it was directed by a Frenchman, Louis Malle, and with the exception of stars Burt Lancaster and Susan Sarandon, had its cast populated with French and Canadian actors…and still, the movie’s setting and characters possess such a strong American vibe that it’s likely to escape the notice of a first-time viewer.

I had been fortunate enough to see Atlantic City in its original theatrical release and as such I vociferously argued with some film buff friends of mine that it would win the 1981 best picture Oscar — with my fellow cinephiles countering that that popcorn paean to Saturday morning serials, Raiders of the Lost Ark, would take home the grand prize. As it turns out, none of us made the correct call because the sleeper Chariots of Fire nabbed the best-in-show trophy that evening…but 30 years later, I still remain stubbornly convinced that I was right. 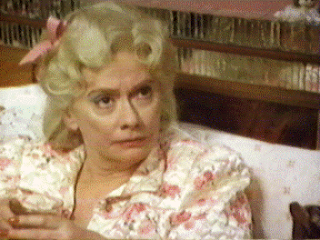 Proving that nostalgia isn’t what it used to be, nickel-and-dime numbers man Lou Pascal (Lancaster) laments how his beloved Atlantic City, N.J. (“It used to be beautiful…what with the rackets, whoring, guns…”) has fallen into a state of decay brought on by the decision by the local government to legalize gambling in a last-ditch attempt to revitalize the city’s sagging fortunes. Pascal himself is looking for redemption; he spends his days as a “kept man” tending to the needs of Grace Pinza (Kate Reid), the verbally abusive widow of his old boss…and an individual whose glory days also have come and gone (she came to Atlantic City as an entrant in a Betty Grable look-a-like contest). Lou’s only avenue of pleasure is spying on his neighbor Sally Matthews (Sarandon) through her window as he intently enjoys her nightly ritual of rubbing her upper body with lemon juice.

The reason for this ritual is that Sally works in an oyster bar and her dedication to removing the stink of fish lies in her ambition to become a blackjack dealer, even to the point of taking instruction from an autocratic martinet (Michel Piccoli) who acts as if he were teaching ballet and not dealing cards. Sally’s dreams of a better life are about to undergo a detour, however, when her drug-dealing ex-husband Dave (Robert Joy) shows up at her doorstep with his pregnant girlfriend Chrissie (Hollis McLaren) in tow. Chrissie, as it turns out, is also Sally’s sister…and Sally’s act of kindness in letting them stay for the night gets her bounced out of the casino because of her association with the two.

Deadbeat Dave managed to heist a brick of cocaine from a connection in Philadelphia and it is while attempting to sell the dope that he makes Lou’s acquaintance, who agrees to be the “mule” and deliver the dope to a local mobster (Al Waxman). But the Philly thugs catch up with Dave and dispatch him posthaste, leaving Lou with nearly a kilo of cocaine that presents him the opportunity to sell it off on a piecemeal basis. Lou uses his windfall to purchase a new suit and to wine and dine Sally, who is in danger when the men who killed her ex suspect their cocaine is in her possession.

Throughout Atlantic City the sounds of constant construction can be heard, which serves as a metaphor for both the refurbishment of the city and the movie’s characters, each of whom is searching for that one chance at betterment and deliverance. Sally hooks up with Lou briefly and while their romance (a mixing of both the old and new of Atlantic City) doesn’t turn out as one would hope she comes away from the experience a better person, richer and filled with self-respect. Lou also finds his mettle tested and passes with flying colors as his former timidity melts when he confronts the individuals who threatened him and Sally earlier in the picture. His salvation is illustrated by the film’s ending where he and Grace promenade proudly along the city boardwalk bruised but unbowed; the lady on his arm also finding a purpose in life when she agrees to overlook her own neuroses and care for the pregnant Chrissie.

Frenchman Malle demonstrated a real flair for Americana mixed with a continental style in several of his motion pictures beginning with 1978’s Pretty Baby, a film set in 1917 against the backdrop of New Orleans’ famed Storyville prostitution district, and continuing with Alamo Bay (1985), a tale of Vietnamese fishermen working off the coast of Texas. While the merits of Baby and Bay are best left to discussion between the films’ defenders and detractors, one aspect that cannot be disputed in all these movies is Malle’s incredible eye for authentic detail and his amazing use of locations. What elevates Atlantic City to a slightly higher plateau than some of Malle’s other films is the contribution by screenwriter John Guare, a playwright best known for works such as House of Blue Leaves and Six Degrees of Separation; Guare’s screenplay for City is a textbook example on how to create characters for the screen that are inescapably living, breathing flesh-and-blood people and not just cardboard caricatures; there are no car chases or explosions in this movie but because we identify so strongly with the people to whom we’ve been introduced their mundane, everyday existence nevertheless satisfies our minimum daily requirement of drama and suspense.

Guare was a friend of actress Sarandon, who in turn was Malle’s girlfriend at the time of the pre-production of the film. Susan had worked with Louis on Pretty Baby, and when the success of that movie nudged several film companies in France and Canada into allocating the director money to make another feature, it was Sarandon who suggested Malle collaborate with Guare when a good script was proving difficult to find…and the deadline to make the movie was drawing near (Malle’s agreement with the production companies stipulated he had to complete the film before the end of 1979). Guare came up with the idea of setting the story in “the lungs of Philadelphia”; the city made famous in song (“On the Boardwalk in Atlantic City”) and the Monopoly board game had just OK'd legalized gambling in effort to stave off the urban deterioration plaguing many municipalities across the nation…and Malle, Guare and cinematographer Richard Ciupka were fortunate to be able to capture a moment in time when many of the old buildings and landmarks were still in place (albeit in disrepair) awaiting their fate by the wrecking ball. Malle and company beat the deadline and completed filming on Dec. 31; the finished project was released in France and Germany in 1980 and to the U.S. the year after that.

With his performance as a gangster-gone-to-seed who undergoes a redemptive rebirth, actor Lancaster also revitalized his acting career in the same stroke. A handsome silver screen idol better known for athleticism and a certain flamboyance in his choice of movie roles, Burt had received the attention of his peers (an Oscar and a Golden Globe) in 1960 for his showy turn as the titular rogue in Elmer Gantry, based on the 1927 novel by Sinclair Lewis. But I’ve always believed that this is the role for which Lancaster should have taken home the Oscar, and in fact his later performances in such films as Local Hero (1983), Rocket Gibraltar (1988) and Field of Dreams (1989) demonstrate that like fine wine, his craft improved with age. I’m pleased to be able to reveal that I’m not the only one who thought Burt was tremendous in City; he was recognized not only by the National Society of Film Critics for his turn but the film critics organizations in Boston, Kansas City, Los Angeles and New York as well.

Lancaster’s co-star Sarandon also received an Academy Award nomination for her work in Atlantic City…and like Burt, went home empty-handed (the two lost to another screen couple, Katharine Hepburn and Henry Fonda in On Golden Pond…and believe you me, you do not want to get me started down that road) — but no one nominated for the movie (it received nods in the five major categories) received any statuettes, either; Malle lost best director to Warren Beatty for Reds and Guare saw his deserved trophy handed off to Colin Welland for best picture winner Chariots of Fire. It did, however, receive recognition at the Venice Film Festival the year before its Oscar nominations (1980); it shared the Golden Lion award with John Cassavetes’ Gloria) and won further vindication in 2003 when it was admitted to the National Film Registry honor roll of the Library of Congress. Since its release, it continues to add to its coterie of fans who are mesmerized by its story, character and images of what John Cougar Mellencamp might describe as “ain’t that America” filtered through the continental European sensibility of a great filmmaker. Louis Malle’s amazing achievement of transforming an ugly, decaying city into a thing of beauty is just one of the many reasons why I remain passionate about film.

Comments:
A fine film. I still have it on VHS. I wonder if anybody watches tapes anymore. I'd like to watch this one again.

Yeah, it is pretty unbelievable that Lancaster didn't win the Oscar for this one. He was simply fantastic and really delivered the goods in every scene. It might not have been as flashy as say, Paul Newman in COLOR OF MONEY, but still a great one nonetheless.

Every so often Turner Classic Movies shows this film and I check it out - a fantastic snapshot of a bygone era.