This post is part of the White Elephant Blog-a-Thon being coordinated at Lucid Screening. 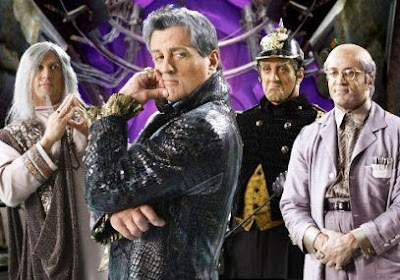 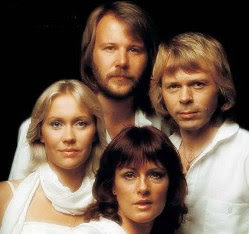 Elephant Blog-a-Thon, I originally was given the task of reviewing ABBA Number Ones. Apparently though, people who choose to rent that like to keep it for a very long time and it became clear that there would be little chance I'd get to see it before April 1. Ben was kind enough to get me a substitution: Spy Kids 3-D: Game Over. Having not seen the first two films, I hoped I wouldn't be hopelessly lost. Also, since I would be watching it in boring old 2-D, I hoped it wouldn't lessen the experience. Mamma mia! I wished I'd been able to see the ABBA offering instead. At least their tunes were catchy. There isn't a whole lot to say about Spy Kids 3 except that it's mercifully short. Despite lacking the 3-D glasses, the images did show quite a bit of visual depth, even if I frequently recalled those old SCTV skits about 3-D movies (Would you like a hot dog?). The 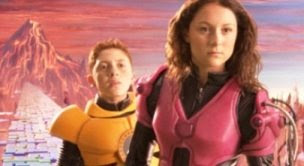 premise involves the youngest ex-spy kid in a family of spies being sent inside a new video game to rescue his sister from the hands of the evil Toymaker (Sylvester Stallone, who always is dangerous when he's trying to be funny). For the most part, as with all movies that try to depict life inside a video game dating back to Tron, games always are more fun to play than to watch and in the case of Spy Kids 3, a lot of the time it's difficult to even tell what the object of the game is. Robert Rodriguez's film admittedly is colorful, but it's a colorful bore. It's practically overflowing with cameos. (Having not seen a Spy Kids film before, I was surprised to see Danny Trejo appear as a character named Machete, the same character he played in the mock trailer in Grindhouse. The young actors aren't very good and the old pros don't get enough to do to help save the day, though Ricardo Montalban has some fun. Stallone though is over-the-top not only as the Toymaker but as his four imaginary friends, one of whom is obviously based on Kirk Douglas in Paths of Glory. "This isn't a game — it's life!" The Toymaker bellows. It's not really life, it's hardly a game and it's certainly not a movie.

Comments:
Hasn't Danny Trejo played Machete in a few other flicks as well? I thought he was Machete in From Dusk 'Til Dawn, too, for example...

Good on ya Doug! I'll make sure not to include this title for even my hecklefesting

I wished you would have just done a review of the old SCTV 3-D Movies. That was good stuff.

The first Spy Kids is good family fare. The second felt more like an homage to Harryhausen than anything. And the Turd. Well, that's what it is.

I hated the first Spy Kids, and the third is also awful. I loved the second one.

Sorry to hear this franchise ran out of gas and rolled over a cliff. I kinda liked the first one. Like Piper said, it was good family fare.

I actually would have killed to review that ABBA movie. I probably will at some point.

What did the Swedish Fred Flintstone say when he came home?

Abba Dabba Do! I'll get my coat.