I'm about to egg Tino's car 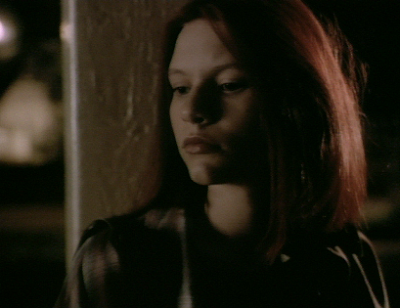 By Edward Copeland
When I saw Boyz N the Hood back in 1991, it was an eye-opening, great movie. Two years later, Menace II Society came out and shone a light on the weaknesses of Boyz that I didn't fully grasp the first time. This may seem like an odd way to start a post about the great DVD set of My So-Called Life, but as much as I loved the series, in the years since came Freaks and Geeks and while My So-Called Life still has much to offer, Freaks really made its deficiencies more apparent.

Re-watching MSCL, I was struck as I was never struck before by how Claire Danes' Angela actually is the least interesting character in the series. Even in its original run, I dreaded the scenes involving her parents Patty and Graham (Bess Armstrong, Tom Irwin), despite how 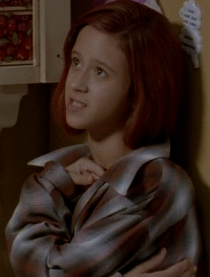 great Irwin is. This time, Angela sort of wore on me as well. The series seemed to be at its best when it put its other characters together in scenes, be it Rayanne and Sharon (A.J. Langer, Devon Odessa) or Rickie and Brian (Wilson Cruz, Devon Gummersall) or any other permutation you can devise. No episode better illustrated this than "Halloween," which put together Rayanne and Brian, Rickie and Jordan (Jared Leto) and even Sharon and Angela's little sister Danielle (Lisa Wilhoit), who mocks her sister by dressing as her. While all those scenes were interesting (even Graham and Patty playing dressup wasn't the bad), Angela is left to wander alone through the school's vacant halls, imagining the ghost of a long-dead student and bringing the episode to dead halt with each of her scenes. In fact, it's when MSCL went for something different that it most often strayed off course. The story of Rickie getting kicked out of his house because he came out would have been powerful enough, but did they have to load it down with Juliana Hatfield as an ethereal angel to give lessons to Angela and her mom? My So-Called Life deserves a lot of credit for the courage it took to even put the character of a gay teenager in prime time, so loading it up with holiday-theme bunk undercut their work. The best part of that episode ends up being the comic relief of Rayanne working with Sharon on the teen problem hot line. Then again, A.J. Langer provided most of the series' greatest moments. 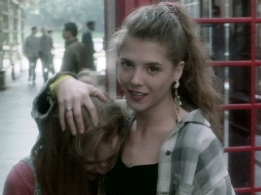 When MSCL got the axe by ABC, it was reported that part of the reason was that Claire Danes wanted out. Watching the series again, I'm more convinced than ever that the series might have been stronger if they'd written out the Chases entirely. Don't get me wrong: It's not that I dislike the show. I still like it more than I don't (except for that awful "Weekend" episode which I thought was bad the first time I saw it). However, when I look at it again in the wake of Freaks and Geeks, MSCL really suffers. Granted, Freaks was a period piece aimed more toward the comic side of life than the tragic, but it still produced a lot more realism than MSCL managed to do. I'll take Linda Cardellini's Lindsay Weir over Danes' Angela any day. What did work on MSCL originally though does seem even stronger now. 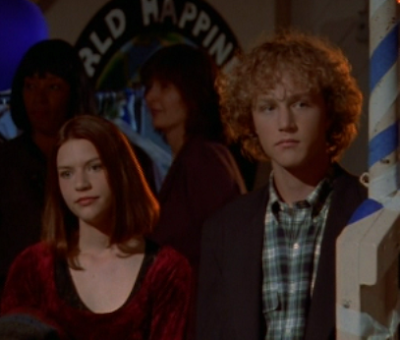 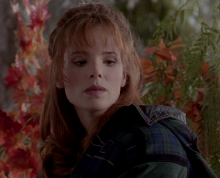 My favorite episode then and now remains the exquisite "Life of Brian," the first episode that abandoned Angela's point-of-view for one of the other characters. Every minute of it rings painfully true and successfully intertwines the funny with the sad in ways the series often failed to do. It also had one of the best examples of the series producing lines that were so right yet still managed to surprise you. After messing up Brian's dance experience as well as her own, Angela asks Brian if he wants to dance and he replies, "Not with you." Ouch. I love it and she deserved it. When MSCL did moments like that, it was truly great as in the episode where Angela asks Sharon about whether to surrender her virginity, assuming Sharon still had hers only to have Sharon reply nonchalantly that she and her boyfriend had sex all the time. If only more of MSCL had more moments like that.

Comments:
Why do you make me say things that will hurt you? Why???

As you well know, MSCL was a slice of life I could never stomach. I never felt that its depiction of teenage life was particularly honest or authentic - in some respects, it was actually reductive and rather insulting (an entire classroom full of students, and none of them know what metamorphoses means?) I think the problem stemmed from the fact that the creators really didn't have much of an understanding of the particular world they were writing about; 10 minutes into the premiere, my college roommate remarked how the characters behaved and acted exactly like the characters on thirtysomething - not knowing that it was written by the same guys who wrote thirtysomething. I don't pretend that my high school experiece was typical in all respects, but I do remember it as a time of extreme emotional highs and lows (as opposed to just lows),plenty of stupid, crazy fun, and above all, furious, non-stop chatter. There were some quiet kids, sure, but most people were not speaking in monosyllable sentences punctuated by hour-long pauses; high school could be depressing, but it didn't sound like a Pinter play. Watching it, you were left with the feeling that this is what middle-aged boomers (a.k.a. the people writing the show) wanted to believe their teenagers were actually like - sad, damaged, and incapable of experiencing anything ressembling enjoyment. Parents often have a hard time coming to terms with the fact that the reason their teens are uncommunicative and shut them out has anything to do with what they're doing wrong; "it's not us - it's them." My parents were not the benign, bland eunuchs played by Irwin and Armstrong; they could be very controlling, ocasionally insensitive, and more often than not totally oblivious. That's everybody's parents. And I just wanted to do my own thing. Again, that's everybody. The perfect, wonderful, sweet-natured parents who escaped from thirtysomething and the sullen, unappreciative teens who don't understand them equation seemed very lopsided to me - but then, I was still a teen when the show came on. Years later, I still think it's represents a very one-sided, disisgenuous attitude.

For her part, Danes seemed numb to the point that she was hardly there. We were supposed to identify with her because she was super-sensitive, but she had no personality to speak of, and cast a gloomy pall over eveything and everyone she came into contact with. She was a one-note, monochromatic character, and instead of being sympathetic was simply boring and depressing. If Angela sat down next to me in the cafeteria, not only would I not talk to her - I'd probably move to another table. As wonderfully humane as her instincts were, so I suspect would Lindsay Weir.