Let a little Sunshine into your life 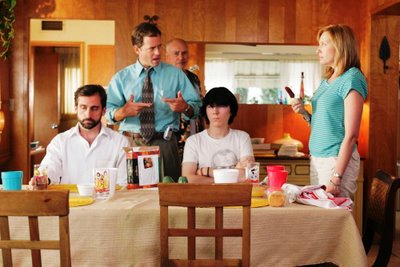 By Edward Copeland
The quirky character comedy often proves to be a hard nut to crack and adding the element of a road trip on top really raises the bar for success. That's why I was so pleased to find that once I caught up with Little Miss Sunshine, the film passed both tests with flying colors thanks to a great cast, sharp writing and crisp direction.

So often when titles come roaring out of Sundance with buzz, they end up seeming oversold (think The Blair Witch Project or The Spitfire Grill). Thankfully, Little Miss Sunshine is a Sundance title that deserves its word-of-mouth. 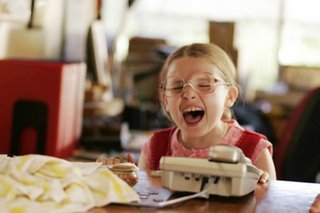 The strong comic ensemble includes Greg Kinnear as a driven-for-success suburban father, Toni Collette as his wife, Steve Carell as his suicidal gay Proust scholar of a brother-in-law and Paul Dano as his silent teenage son. The standouts though in a cast of standouts are Alan Arkin as Kinnear's heroin snortin' father and young Abigail Breslin as the would-be title character, a charming little girl who dreams of winning the Little Miss Sunshine pageant but who really is too smart and too special to be competing against a frightening army of JonBenet clones.

Arkin, who has been so good for so long that he's taken for granted, really deserves some year-end recognition for his work here, getting many of the film's best lines and knowing just the right spin to put on them. Breslin is a find — a child actress who doesn't seem as if she's been manufactured out of a factory or might really be a woman in her 40s pretending to be a child such as Dakota Fanning.

The rest of the cast are great as well. Collette is wonderful as always and Kinnear seems to grow as a performer with each film he's in. Dano also gets nice moments as the surly teen and Carell gives his most deadpan and touching performance as the troubled brother-in-law.

The original script by first-time screenwriter Michael Arndt makes what could play as scenes and situations we've seen before sparkle with wit and pathos. Co-directors Jonathan Dayton and Valerie Faris move Little Miss Sunshine along at a healthy clip that never seems to sag.

I was late getting to see this one, but it certainly was worth the wait. It's one of the most purely enjoyable films I've seen in a while.

Comments:
I had very limited expectations for Little Miss Sunshine, so I was pleasantly surprised by how much I enjoyed it. I agree that so many of the Sundance hits suffer from overhypping - and an alarming number, like Napoleon Dynamite strain so hard for quirkiness that whatever humanity they might otherwise possess gets crowded out the door. Sunshine shows that you can make a film with both a heart and a mind and still preserve the off-kilter comic sensibility so cherished by the indie market. The characters are entirely believable, even in the most outrageous situations, and the filmmakers make us care about what happens to them. I agree absolutely with everything you have to say about the film, including your singling out of Alan Arkin and Abigail Breslin as the two standouts. I would love to see Arkin be nominated for this role - his "Take my advice - Fuck a lot of women" speech should become an instant classic.