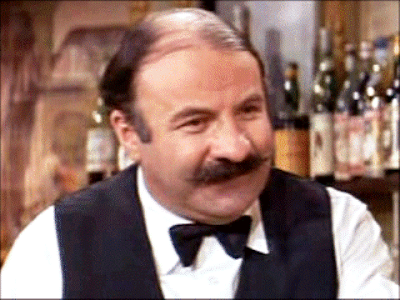 His face is much more familiar than his name, but to some extent that is to be expected for a character actor with as lengthy a career as Lou Jacobi, who has died at 95.

He made his Broadway debut in 1955 in The Diary of Anne Frank as Mr. Van Daan, a role he repeated in the 1959 film version. His other Broadway work included Woody Allen's play Don't Drink the Water. He worked with Allen again on film playing the secret transvestite in Everything You Always Wanted to Know About Sex But Were Afraid to Ask.

The size of Jacobi's roles varied from single scenes to more significant parts in film and on television. In movies, he appeared in Irma la Douce, Cotton Comes to Harlem, Little Murders, Next Stop, Greenwich Village, Arthur, My Favorite Year and I.Q. Perhaps his best or most notable recent film role was as the cranky and stubborn uncle in Barry Levinson's Avalon, holding a grudge over when a Thanksgiving meal was served.

Jacobi's episodic television work was fairly prolific ranging from multiple appearances on the anthologies Love, American Style and The Alfred Hitchcock Hour as well as series such as Barney Miller, That Girl, St. Elsewhere, Cagney & Lacey, The Dick Van Dyke Show and many others. One of my personal favorites is an episode of Sanford & Son titled "Steinberg & Son" where Fred sues when a TV series appears obviously modeled on his life about a junk dealer and his son only the junk dealer is Jewish and played by Jacobi. In one memorable scene, Redd Foxx's Fred gives Jacobi's Steinberg tips on how he should react to the sitcom's version of Aunt Esther.