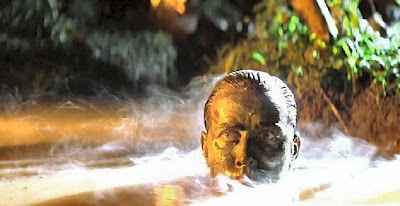 By John Dacapias
I really worry about the youth of today. I should qualify myself and say, “I worry about the youth of today encountering great films.” What with pale remakes and hypermasculine mashups rising up on the horizon masquerading as films to admire and emulate, where can the man or woman who really loves film turn to?
Once again, let me quantify myself. I am only now beginning to appreciate that during the time I was coming of age in the filmgoing sense, in the '70s, movies that challenged the filmgoers regularly, such as Nashville and Barry Lyndon, dotted the landscape. These were epics in the truest sense, not just in the length of time one spends in the theater, but also in the emotional and moral sense, where no one was safe from the outcome of the unfolding of the plot. This was a time where, unless you actually owned a movie theater, actually going to the movies was the only way to see said movie.

Off the strength of two Oscar-winning films (both Godfather One and Two) and the added burden of suddenly acquiring an appropriately majestic middle name (“Ford”), Francis Ford Coppola decided to undertake what I feel is the last great epic, Apocalpyse Now, (from what would have been George Lucas’ second film, no less). Now celebrating its 30th anniversary of U.S. release today, its epic scope and ambitions still holds up after so many years, this with the added burden of reportedly being made for close to $30 million, this in 1979, and having had the main actor, Harvey Keitel, leave the troubled project at the very beginning of the picture and being replaced by Martin Sheen, who almost died of a heart attack during the nearly three year shoot.

I cannot imagine a movie in the last decade, let alone in the past 20 years, whose filmic impact continues to resonate with viewers, since its raucous debut at the 1979 Cannes Film Festival, where it screened half finished, with literally no ending edited in until the last minute, and still winning that year’s Palme D’Or (sharing the prize with The Tin Drum).

For good or for bad, once one experiences Apocalypse Now, one cannot shake any of its classic images, all of this without the crutch of computer technology to help it along. I can still see in my memory as a 14-year-old boy, just experiencing the seductive magic of film, albeit on a minuscule television screen, the slow whoosh of a battalion of helicopters cradling the supine head of Martin Sheen as Captain Willard, covered in sweat, smoking another damp cigarette, the melodic strains of “The End” by the Doors seeping through the television speakers (and possibly from Willard’s memories).

Through the crystal clear clarity of hindsight, we realize that Coppola may have taken as his muse, Heart of Darkness by Joseph Conrad, but the journey of Captain Willard as he searches for the encampment of Colonel Kurtz becomes nothing less than Coppola’s own search for artistic clarity in the frenzied jungles of the Philippines (for many more colorful examples of this, I would advise everyone to see Hearts of Darkness: A Filmmaker's Apocalypse using footage by Coppola’s own wife, Eleanor and directed by documentarians Fax Bahr and George Hickenlooper). 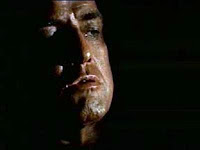 One can only imagine Coppola near the end of the quarter of a decade shoot, thinking of himself like Marlon Brando, as the bloated Kurtz dying by Willard’s bloodied hand, whisper from Conrad's text 'the horror, the horror” as what is left of Willard’s search team, Martin Sheen and Timothy Bottoms, slowly leaves Kurtz’s North Vietnamese encampment on a rickety boat. Recently, in 2001, Apocalypse Now Redux was released, which added another 49 minutes of footage to the already two and a half hour epic. I believe though one must see the original film before experiencing Redux as it opens up what one already is, and should be familiar with. We see, for example, what happens to the Playboy Playmates after having danced 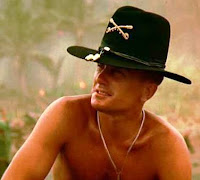 earlier in the film to a rowdy group of bedraggled soldiers (they are discovered by Willard’s team and are “traded” for fuel in order to evacuate their rain logged encampment). Redux also humanizes Willard to a great extent, as we see him play an elaborate joke on Colonel Kilgore, played in a classic series of scenes by Robert Duvall, by stealing his shield embossed surfboard, as well as encountering a colony of French colonists, particularly a beautifully zaftig French woman, during the latter half of the film, becoming involved in a series of mind numbing debates about the effectiveness of colonization in Vietnam. I am also aware of a legendary five hour version of Apocalypse Now out there on the ‘Net, but again, after having looted the majority of the useful footage for Redux, by Coppola and Walter Murch, does one really want to see more footage of helicopters bombing the Kurtz encampment? It would have answered some of the more nagging questions of the original film (Scott Glenn as a war-numbed former soldier shotgunning to death Dennis Hopper’s drug addled photojournalist), but it would have repulsed a great majority of others (Martin Sheen spearing a South Vietnamese child).

Make no mistake, the force of pure filmmaking as the expression of a filmmaker’s artistic vision is still present in such disparate artists as Paul Thomas Anderson and David Lynch, but as Coppola himself winds down with such idiosyncratic melodramas as Tetro and Youth Without Youth, we have yet to see any director on the horizon with the artistic gall to attempt their personal version of a major monstrous event, like the Vietnam War.

In Coppola’s own words, as he was unveiling Apocalypse Now to the 1979 Cannes Film Festival, “This film is not about Vietnam, this film is Vietnam.” Who can now say that and not be laughed at or ridiculed in some manner? I envy those who have yet to experience Apocalypse Now but I also worry over a future where artists do not push themselves with grand ideas and equally grand ambitions. One may fall, straining to fly with feathered wings, rapidly falling apart, like Icarus, but one must always reach up towards the sun and try.

Comments:
Did you know that "the horror, the horror" is a line (a crucial line) in Conrad's text, not Eliot's "The Waste Land"? I did.

Did you also know that "where can the man or woman who really love film turn to?" should really read "... really loves film ..."? I did, too.

Sorry to be a shock-and-awe comment bomber, but if you're gonna proclaim something "the last great epic" you should probably have some facts right.

And since I'm being pernickety: hindsight doesn't have much to do with us realizing Heart of Darkness = Coppola's muse as much as foresight (by reading a list of characters and a synopsis of the screenplay) would have done; 1/4 of a decade ≠ 3 years but good "elegant variation" in the prose there; also, keep in mind that AN was unlike a lot of films before it came out, not just unlike a lot of films post its release ––– it's a bit old-man-regrets-the-times-and-their-a-changing-ways to say this film is the apogee of "grand ideas ... & ambitions" ie. consider "Ran", Kurosawa's long-worked-on baby. Is -it- inadequate in ways that AN isn't?

It's all very well for me to be fussy and point out your foibles as a writer and equally easy for you to glorify something that was jeered in its year of release, but frankly: your article doesn't clue me or anyone else in to this film's greatness any more than your average Wikipedia page'll shine insight on the secrets of quantum mechanics.

This is a great blog; this is not a great article. One of those things has to go.

I feel part of the responsbility for these errors should fall on my shoulders. My health hasn't made me the crack editor that I used to be and while I caught other things, others I missed. I remember something clicking as wrong when T.S. Eliot's name popped up, but I forgot to go back and look again due to being under the weather myself and trying to complete two posts of my own for next week. Thanks for pointing out the Eliot error and the grammatical goof and I'll correct those. Also, thanks for the kind words about the blog.

Any mistakes, including those facts that my mind thought were correct, were strictly mine and mine alone. Since I was writing this article and checking the facts in my own head, as you can tell, much of it was dead wrong. Again, apologies for that.

That this can elict such learned reactions shows how many fantastic readers this blog gathers.

I hope to do better in the future, thanks again, Anthony and everyone for reading.

I don't know if mine will seem like a learned reaction or not, but my qualifications are that I've seen the movie thrice, so here goes...It is technically staggering and a wonder to look at, but what is it trying to make me think and feel about war that is so revolutionary? It's horrifying? It makes good people do bad things? The tone is just so pompous and pretentious and self-important, and I really don't understand why this is hailed up the wazoo as an all-time great filmic achievement while The Thin Red Line, a far more emotionally involving dream-like war film, is the 'cult item' so often mocked - and the Redux version is an indulgence upon an indulgence whose greatest reward for me was the presence of nude women. Surely the Hickenlooper docu is more of a must-see than the subject itself.