Maybe Jedi wasn't as great as I thought 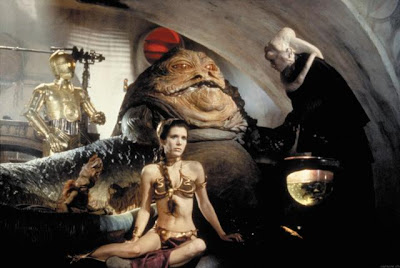 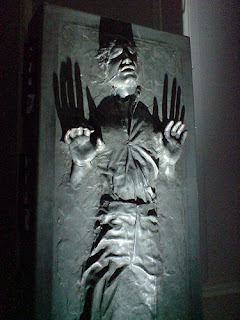 By Edward Copeland
When Return of the Jedi originally came out in 1983, I remember being outraged when I saw People magazine place it on the list of the year's worst movies with the quote, "The Force just petered out." Were they crazy? Sure, even in my vulnerable junior high years, I recognized that the film was probably the least of the three (and Empire Strikes Back was certainly the best), but I still loved Jedi too. What happened? Was this turn solely based on anti-Ewok bias? Return of the Jedi was the payoff I'd been waiting for: Han Solo was rescued and he and Leia finally got together; Luke confronted Vader and saved his soul as well; we found out who the "other hope" was that Yoda and Obi-Wan referred to; and, most importantly, the Rebels won and the Empire was defeated. What wasn't to like?

This also coincided with the second year that my crazy movie obsession merged with Oscar trivia and led me to begin my own "awards." Return of the Jedi pretty much swept my technical categories at the time and did land in my Top 5, though the critic in me had begun to form and I did prefer Terms of Endearment and The Right Stuff for the year's best movies. It took a long time for Jedi to fall completely out of my Top 10 for 1983.

Still, this doesn't mean it's a bad movie. I still like it a lot and having re-watched it recently, I still think it's a solid film (and prefer it to the prequel trilogy, though granted I've never seen any of the later films more than twice).

The entire Tatooine sequence is superb, the speeder bike stuff is great and the faceoff between Luke, Vader and the Emperor was everything I'd imagined. (Kudos to Lucas for having the foresight to cast Ian McDiarmid as the Emperor way back when.)

I think what clinched my change of opinion on Jedi had less to do with peer pressure than with re-experiencing it with George Lucas' ridiculous tinkering in the special editions. Just because technology has improved, that doesn't mean the originals were flawed and most of the changes he made were for the worse.

In Star Wars, that Jabba scene was completely unnecessary, since it basically repeated the same dialogue from the Greedo scene (and don't get me started about changing it so Greedo fired first).

In Jedi, I preferred the original musical numbers in Jabba's palace and the Ewok celebration at the end. 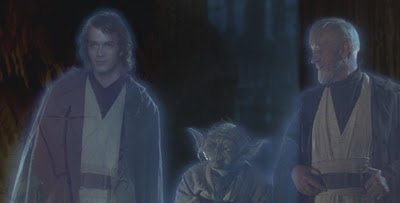 Thankfully, in the theatrical special edition, Lucas hadn't gotten around to subbing out poor Sebastian Shaw with Hayden Christensen in Anakin's ghostly reunion with Ben and Yoda. On the DVD commentary track, Lucas tries to justify his later insertion of Christensen by saying that when Anakin became Vader, he died, so it made sense to him that when he became one with the Force, it would be the "good" Anakin. Hogwash.

It's the old Anakin, whom we see as Shaw, who tells Luke that he was right about there still being good in him and who killed the Emperor and came back to the good side, so the old Anakin should be in eternity, not the young one.

I enjoy Return of the Jedi more than I don't (of course, I'd insist on watching the original, not the changed version), but I do finally admit that it wasn't the movie I originally thought it was. However, it does provide one helluva ride and seems a fitting resolution to the original trilogy.

Hell, The Empire Strikes Back was so great, the next chapter was almost doomed to disappoint. I do admit one thing now that I denied for a long time: The Ewoks are too cutesy and annoying, especially accompanied by John Williams' syrupy score that came with them, but I'll take them over Jar-Jar any day.

Comments:
The Ewoks are too cutesy and annoying, especially accompanied by John Williams' syrupy score that came with them

Oh, dem's FIGHTIN' WORDS! Now I have to do my piece on Defending the Ewoks! I think they're ugly as sin, but they know how to party! I wasn't going to write that piece, but you've forced my hand! Plus, I'm sending an Ewok over there to stick a spear at you and say "Yub Nub."

And I love their little pseudo-calypso sounding song at the end, and hate that Lucas cut it out of the "Special Edition." Those editions weren't special!

I do agree with you: I much preferred the original Ewok celebration and Sy Snootles number in Jedi than the lame substitutions in the "special editions."