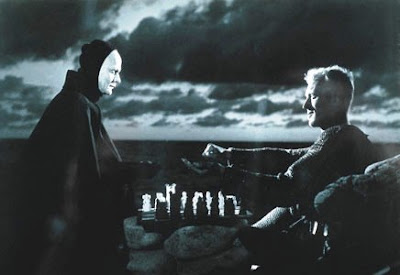 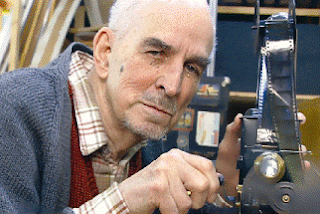 What a startling way to wake up in the morning. Just weeks after I wished the great filmmaker good wishes on his 89th birthday, he has lost the figurative chess game with Death. Still, Ingmar Bergman will live on forever with his remarkable body of film work. What worries me is how his stock has fallen over the years and how many younger film buffs have little exposure to his works. Sadly, not one of his many remarkable films made the final 100 on the list put together by The Online Film Community announced yesterday. Hopefully, in my just-waking-up haziness, I can do at least a somewhat reasonable tribute to the Swedish filmmaker. 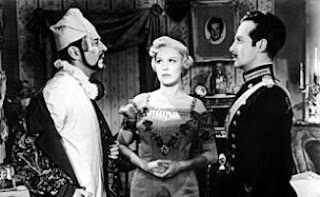 Even though Bergman began making films as far back as 1944, the first feature that grabbed me and one of my very favorites, even though it's somewhat uncharacteristic of his later works, is 1955's Smiles of a Summer Night. In fact, I already had been planning a tribute to this romantic romp later this year to mark the 50th anniversary of its arrival in the United States. The roundelay of loves both thwarted and consummated bears resemblances to my favorite film of all time, Jean Renoir's The Rules of the Game, but Smiles deserves its reputation on its own. In fact, as far as I know, Smiles remains the only Bergman film to inspire a musical, Stephen Sondheim's exquisite A Little Night Music which gave the world the song "Send in the Clowns" (though please ignore that awful, out-of-context Judy Collins version). Smiles though was a brief flight of whimsy as Bergman's filmmography turned more internal, concerned with issues of humanity and the soul in an often dreamlike way. 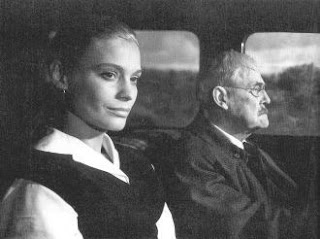 In 1957, two of these more meditative films (and two of his best) entered the world. First, The Seventh Seal, with its knight heading home from the Crusades (one of his many collaborations with the great Max von Sydow) and literally sitting down to a chess game with Death. On a more earthly playing field, an old professor memorably looked back on his life in Wild Strawberries on his way to a tribute. His film The Virgin Spring, which won the 1960 Oscar for foreign language film, later inspired Wes Craven's suspenseful film debut, 1972's The Last House on the Left, and everyone can see his influence on Woody Allen, for both good and ill. The 1960s also brought us Bergman's great trilogy on faith: Through a Glass Darkly; Winter Light and The Silence. The 1960s also marked a turn toward the more abstract which I'd be dishonest if I didn't acknowledge often failed to work for me. Persona and 1971's Cries and Whispers have many fans, but both left me bored silly. 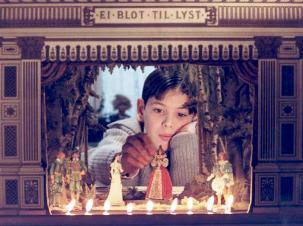 Still, this period did offer some films that I did enjoy such as Shame and Hour of the Wolf. 1973 brought one of the first examples of Bergman making a phenomenal work for Swedish television and transforming it into a remarkable feature as well with Scenes From a Marriage, which even spawned a pseudo-sequel in Saraband, made for TV in 2003 and released as a feature in the U.S. in 2005. In 1983, Bergman made what he swore was his "last film" and what a great one it was. Fanny and Alexander, a semi-autobiographical film about two children in a large theatrical family under the boot of a minister stepfather. Even though he stopped directing features, he continued to work in TV and theater and wrote more autobiographical screenplays which he turned over to other directors such as Bille August's The Best Intentions and Sunday's Children, helmed by his son Daniel, and Private Confessions, which was directed by his former lover and frequent lead actress Liv Ullmann. He also wrote the script for another film Ullmann directed, Faithless.

Comments:
That's devastating news, but if any filmmaker is assured immortality, it's Ingmar Bergman. Ignore these silly US-centric online polls (which I myself also participate in) where Shawshank Redemption and American History X get ranked higher than L'Atalante and The Seventh Seal - 40 years from now half those films will be forgotten, and Bergman is bound to keep securing fresh fans in coming generations. I think I'm younger than most - if not all - of the people who participated in that poll and I'm well aware that few filmmakers of Bergman's insight and genius ever have or ever will exist.
What's more, I go to a pretty prominent film school in Melbourne where Bergman is a familiar and highly respected name among the students.
When I first saw The Seventh Seal and Persona, I was 13 and 15 years old respectively, and each of them has held a comfortable spot on my list of all-time favourite ever since. I think these films still hold great appeal for a (moderately adventurous) young mind. I've met a lot of undergrads far less passionate about film than yours truly who also cite them among their favourites.
And do give Cries and Whispers another shot (or two). It had very little impact on me when I first saw it, but a second vieweing left me shivering. It's not only one of the great films, but one of the century's great works of art.

This was very sad to read this morning. While, like you, there were a few much loved films of his that left me cold (while I like PERSONA, CRIES I will probably have to see again), he had so many great films. I'm more of a fan of his earlier work (MONIKA, SMILES, WILD STRAWBERRIES) but all of his films were worth watching.

Although I can't say I'm happy Bergman's "stock has fallen over the years", I'm not really worried. His works are secure. The time will come round when that stock will rise again. Persona was a milestone for me as a film fan, even more so than The Seventh Seal, though frankly there's not much Bergman I've seen that I haven't liked to some degree. It's a great body of work and I'm grateful.

I've only seen 6-7 Bergman films, but they've all left an impact of some variety. Even something like "Whispers And Cries" which I couldn't possibly say I enjoyed (though I thought the ending was quite perfect), has stayed with me...I feel like I need to see it again to better understand it.

Smiles Of A Summer Night remains my favourite so far. Hopefully the sad news will at least push a few folks to dive deeper into his work. I think I'll go out and rent Fanny And Alexander tonight...

I've had Face to Face sitting on my TV to watch for ages, so I'll expect I'll check that one out sometime this week.