Let the birds nest in your hair 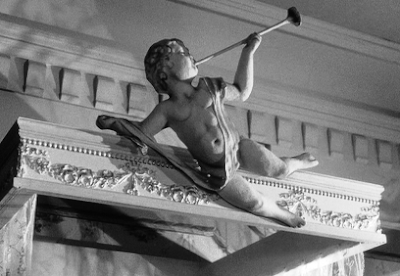 By Edward Copeland
In an introduction made for the Criterion edition of Smiles of a Summer Night, Ingmar Bergman remarks how this is the film that changed everything for him. At the time, he was broke and living off the actress Bibi Andersson (who has a tiny role in the film) when his studio entered the film at Cannes and it won a prize (best poetic humor) and became an international success. Bergman says it was a turning point for both him and his studio, earning him free rein to go on and make even more of the greatest films of all time, very few of which resemble the frothy fun of Smiles of a Summer Night, which opened on American shores on this date 50 years ago. 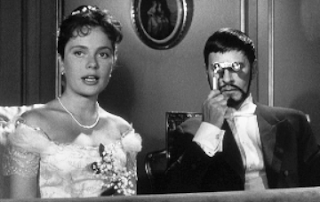 As I've noted before, Smiles of a Summer Night reminds me in many ways of my favorite film of all time, The Rules of the Game, though Bergman's film is by no means a copycat. Smiles more than stands on its own with its tale of love and adultery, male vanity and female cunning, aging and youth. It inspired one of Stephen Sondheim's greatest scores in A Little Night Music, though I've never seen a production of the musical. (At this point in the post, Odienator will begin to write his commentary blasting the song "Send in the Clowns.") The main thrust of the story concerns attorney Fredrik Edgerman (Gunnar Björnstrand), who has taken a beautiful young bride Anne (Ulla Jacobsson), though he still hasn't consummated the marriage. Fredrik longs for an old lover, the famed actress Desiree Armfeldt (Eva Dahlbeck), who would love to get Fredrik back.

Desiree also is carrying on with a proper military man named Count Malcolm (Jarl Kulle), who has a wife of his own (Margit Carlquist) who longs to get her husband back for herself. Rounding out the complications is Fredrik's son Henrik, an aspiring clergyman (Björn Bjelvenstam) and the Edgermans' social-climbing maid Petra (Harriet Andersson). Henrik is conflicted because of his lustful yearnings, toward both Petra and his father's wife. His father reminds him of a quote from Martin Luther at one point: "You can't stop the birds from flying over your head, but you can stop them from nesting in your hair." Throughout the rest of the film, the birds are flying and landing all over the place. Determined to woo Fredrik back and get the crazy count out of her life for good, Desiree and the countess plot to bring all the various players to Desiree's mother's estate for a weekend in the country. 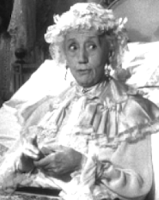 Desiree's mother (the great Naima Wifstrand) has quite a romantic history of her own and warns her daughter about her plans, which Desiree sees as for the common good. "Beware of good deeds. They cost too much and have a nasty smell," Mrs. Armfeldt tells her daughter. Lessons on love abound in this film, some sound, some not. There are warnings about not offending a man's dignity, as when Count Malcolm visits Desiree to find Fredrik wearing his robe and nightshirt after falling into a puddle and soaking his clothes. Malcolm is ready for a duel right then, even though Fredrik and Desiree hadn't done anything. Malcolm later proclaims to his wife, "My wife may cheat on me, but if anyone touches my mistress, I'm a tiger." Ironically, once the countess and Desiree start spinning their plans, Malcolm switches entirely, saying no one can touch his wife, but they are free to dally with his mistress. For all the players, love is either a military battle of a gymnastics exhibition. Bergman's screenplay manages to be both witty and touching and his use of lights and shadows foretell the greater cinematic things to come in his career. As for the smiles of a summer night, Frid the groom (Åke Fridell) explains to Petra that they come in threes: one for young lovers, one for the jesters and the fools and one for the sad and dejected, lost lonely souls. There really should be a fourth: the smile Smiles of a Summer Night undoubtedly leaves on anyone who sees it.

Comments:
This is a great movie. It's too bad every print should be burned for inspiring Send in the Clowns. (OK, I'm just kidding!)