Studies that count, stories that touch

Continued from The weighing is the hardest part (for analysts) 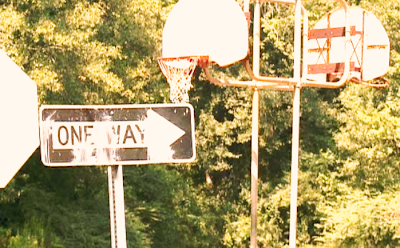 Despite the tendencies of the makers of and the experts they employ to bend and shape statistic results to say what they want them to throughout The Weight of the Nation, the documentary series manages to produce some worthwhile moments when it allows itself to stray from the talking heads and tell the stories of regular people. What comes off best in Part One, "Consequences," which debuts tonight at 8 Eastern/Pacific and 7 Central on HBO and all its platforms, including free streaming on HBO.com, concerns the well-knoddwn story of the 40-year cardiovascular study run by Dr. Gerald Berenson in Bogalusa, La. 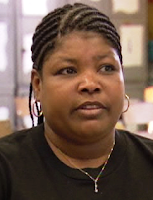 Berenson began his landmark study in 1972 from his post at Tulane University's School of Medicine, with funding from the National Institutes of Health. Ninety-three percent of the children in Bogalusa became part of Berenson's study, including Kathy Pigott, who joined the research in 1973 as a kindergartner and now teaches at Bogalusa Middle School. She admits how exciting it used to be when Berenson's white truck would arrive at her school for his twice-a-year visit, though it wasn't that she harbored an unusual devotion to medical research as a child — she just welcomed the opportunity to get out of class. With the study now in its 40th year, Pigott still 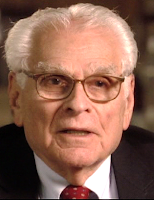 takes part in the research and Berenson notes that some of the children who began the study are 50-years-old now. What made the study a landmark taught in medical schools everywhere were Berenson's findings that the preliminary signs of heart disease begin in children. Sadly, the findings couldn't be substantiated until some of the subjects died from accidental and non-cardiac-related deaths and autopsies could be performed to provide the needed evidence to prove Berenson's hypothesis. "After we'd been in the study five or six years, we'd clearly established that heart disease began in childhood. What clinched our information was doing an autopsy study," Berenson said. The autopsies discovered that 20 percent of the deceased children (560 since 1972) already showed signs of plaques (fat deposits) in their coronary arteries. The children in question, all of whom had been part of The Bogalusa 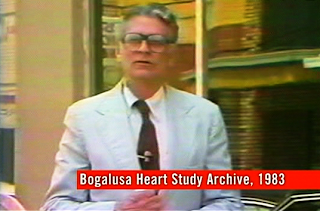 Heart Study, were known to have both high cholesterol and high blood pressure. The autopsies were the first scientific evidence that the plaques involved in heart disease could be found in children. As it continues well into its 40th year, the Bogalusa Heart Study has followed more than 16,000 children into adulthood. Berenson's work shows that obese children are eight times more likely to develop hypertension than children carrying a healthy weight. Of study participants, only 7 percent of who had a healthy weight as kids grew into obese adults. Part of the problem might be found in the economic conditions of Bogalusa 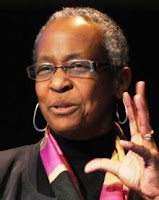 itself. Stephanie Broyles, an epidemiologist from the Pennington Biomedical Research Center in Baton Rouge, tours Bogalusa in her car at one point in the "Consequences" episode of The Weight of the Nation and gets discouraged by the state of disrepair of playgrounds in the area. How can children be expected to be active and play and burn off calories in places like these? "When it was only adults or only people in less-valued groups, you can put it aside, but when it's children, you can get a conversation going," says Shiriki Kumanyika, professor of epidemiology at the University of Pennsylvania. On a pure filmmaking and storytelling level, I'm surprised the makers of The Weight of The Nation missed the opportunity to report on how in 2005 the heart study suffered severe damage because of Hurricane Katrina. The storm knocked out power and thawed frozen samples of blood and urine from thousands of subjects, The Associated Press quoted Dr. Paul Whelton, senior vice president for health sciences at Tulane. Berenson also promised that the study "will go on." He noted that much data had already been "collected and saved" on his computer. "We'll just have to pick up the pieces from what we have." 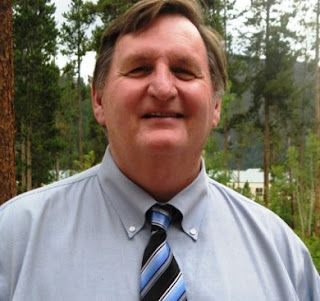 "Consequences" offers up one more set of questionable statistics (actually it provides plenty of questionable statistics, but I've run out of time and exhausted my energy to go through any more of them in today's installment), but it doesn't leave enough clues for me even to guess what they might be basing them on. It claims that adult obesity used to be a problem more prevalent among lower incomes but in recent years, all income levels have seen a growth in girth. They show a couple of graphics that they don't really explain what either the colors or numbers mean and sources for this information won't be found in any of the four-part series. One thing that did strike me as somewhat hypocritical comes whenever Kelly Brownell, director of the Rudd Center for Food Policy and Obesity, speaks. "There is some regional variation, but it's all different degrees of terrible. The levels are so high everywhere that everyone has to pay attention to this issue. The health care cost not to mention the human burden is very high in every corner of this country and, increasingly, every corner of the world," Brownell says at one point in "Consequences." Take a glance at his photo. I'd be tempted to say, "Physician, heal thyself" except he isn't a medical doctor, just a PhD.

While the second part of The Weight of the Nation that premieres tonight at 9:10 Eastern/Pacific and 8:10 Central on HBU and all its platforms, including the free streaming on HBO.com, repeats many of the spurious, unsourced statistics of Part One, "Choices" moves the

documentary series in the right direction — at least as a viewing experience — by keeping moat of the focus on personal stories. Watching someone share their struggles always proves more compelling than listening to lectures from pompous people who think they know what's best for everyone. That doesn’t apply to all the talking heads. Some make good points and seem genuinely concerned for others. I would count Dr. Gerald Berenson from The Bogalusa Heart Study in Part One as one of those types of people. Another example might be Dr. David Nathan, director of the Diabetes Center at Massachusetts General Hospital, who comes off as neither arrogant nor clinically removed when discussing his patients and his work. Nathan spearheaded the Diabetes Prevention Program, a clinical trial that took place over the course of many years and attempted to see if lifestyle

interventions could stave off the development of Type 2 diabetes. The study sought to identify leading risk factors for diabetes such as a sedentary lifestyle and increased body mass, to test the feasibility of reversing those behaviors through lifestyle interventions. Nathan found himself fortunate when one day 12 years ago a volunteer walked into his facility named Tim Daly (though we're in New England, he should not be confused with the actor from Wings). Daly had been diagnosed as borderline diabetic so he wanted to volunteer for the trial. He also happened to be an identical twin. His twin, Phil Daly, already had diabetes. In the special, when they rattle off their measurements, Tim tells us that he's 5'10" and 192 lbs. Phil gives his details as "Five foot eight and three-quarters, two hundred and forty pounds," prompting his brother to ask if he's shrinking. "With identical twins, you can separate out genetic factors from environmental factors. What Tim Daly has done is he has taken the weight and the activity level out of the equation," Nathan says. When the doctor meets with the brothers, he explains that it's not too late for Phil to make his life better, suggesting that a loss of just 10 to 20 pounds would be enough to improve his diabetes. 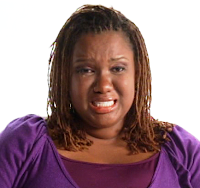 "Choices" also has fun in a segment dealing with the ineffectiveness of diets. Kelly Brownell, who looks as if he should know, returns to say, "There's some pretty clear advice that follows from research that's gone on. Fad diets, diets that haven't been scientifically tested, things that promise miracles because there really isn't such a thing as a miracle here, so if you're promised it, it's a pretty good idea to run in the other direction." Interspersed between his comments and comments by Susan Yager, author of The Hundred Year Diet, we see many people list off the oodles of diets that they have tried and failed at, displayed with some nice visual flair, leading, of course, to a point where all the dieters appear to say in unison, "Atkins" as if declaring, "I am Spartacus!" (As I've always said, a high protein, low carb diet won't help if you slip on the ice and crack your skull open.) "The diet industry has no reason to solve the problem. Solving the problem puts them out of business," Yager says. "Almost all diets are just some low-calorie plan masquerading as some secret. No publishing company is going to publish a book that just says, 'Eat a little bit less and move a little bit more.' You've gotta have a hook, you've gotta have a gimmick." One of the women shown in this sequence we get to know better later. Her name turns out to be Vivia and it probably marks the emotional high point of the entire series. Vivia informs us that she's 27 years old, 5'5" and 321 lbs. She shows a bit of anger when she discusses "chubby chasers" and how she wants a man who loves her for who she is not what she looks like. The tears flow when an interviewer asks about her feelings about food. "Food can be my best friend. Food can be my boyfriend at that moment. Food can be my vacation to the beach and I can't afford to go." "Choices" also includes a surprisingly straightforward tale of a judge's experience with bariatric surgery, a procedure that the doctor admits kills 1 in 300. It's too bad that the series doesn't have more moments like these and didn't feel the need to stack its deck — especially when the action in parts three and four involves some real villains that you'll find in Washington and on Wall Street.