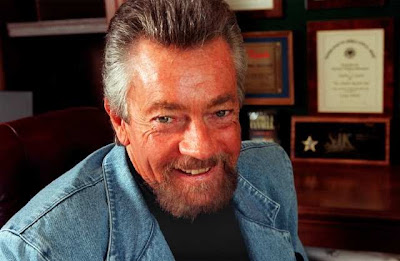 Even if you aren't familiar with Stephen J. Cannell's name, it would be impossible not to have seen or heard of an example of his prolific television work as a writer or creator. I really wanted to find a still of his company logo that ended most of his series: The bearded man sitting at his desk pecking away furiously at his typewriter then pulling out a sheet of finished paper and letting it fly as it floated into a C for his name and his company's logo. Now, his work was not all of the highest quality, that of which he'd earn him a place in an imagined hall of great artists, but he definitely holds a high perch in the stadium of pop culture now that he has succumbed to cancer at the age of 69.

According to Cannell's official biography on his own Web site, Cannell overcame dyslexia to become the prolific writer that he did. The site also indicated that he created or co-created more than 40 television series and wrote more than 450 episodes himself while producing more than 1,500 episodes. Here is just a handful of the TV that he had a hand in developing, creating or writing:

That doesn't include many series that didn't last or have been forgotten to the mists of times or work on television movies and series that he merely worked for as a hired writer such as the great Columbo episode "Double Exposure" featuring Robert Culp as the killer, a motivational expert.

He was nominated for an Emmy six times: three times in his role as executive producer of The Rockford Files, one of which won him an Emmy and whose producers included David Chase who would go on to create The Sopranos. He also was nominated for producing Wiseguy and for writing episodes of The Greatest American Hero and Tenspeed & Brown Shoe.