You Can Even Eat the Dishes 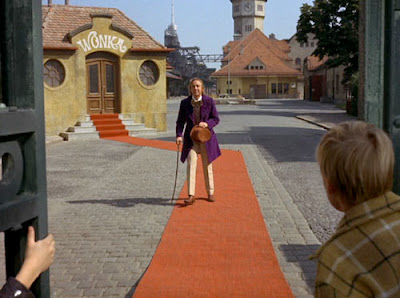 By Damian Arlyn
There's a moment in Willy Wonka and the Chocolate Factory when the character of Willy Wonka emerges for the first time from his factory to the enthusiastic applause of a crowd gathered to see him. The noise gradually dies down and becomes silent as they realize he is limping along on a cane. Children are unable to hide their disappointment. Grown-ups look confused and concerned. Suddenly, only a few steps from his front gate, Wonka's cane gets stuck in some cobblestones. He freezes, starts to fall forward, does a somersault and victoriously leaps to his feet with a smile. Children's faces light up. The crowd erupts into even more enthusiastic applause. It was all a joke. A delightful bit of showmanship from a master trickster. This introduction, as the story goes, was Gene Wilder's idea. When approached for the role, Wilder stipulated he would only do it if he could make his entrance in just such a manner. When asked why by the director, Wilder replied, "Because from that moment on, whenever I do anything nobody will know whether I'm lying or telling the truth." That kind of profound understanding Wilder brought to the character is just one among many examples of why Willy Wonka and the Chocolate Factory works just as beautifully now as it did when it premiered 40 years ago today.

The tale of Willy Wonka began as a book entitled Charlie and the Chocolate Factory, penned by Roald Dahl and published in 1964. It told the highly fanciful tale of a poor boy taken on a tour through a magical wonderland by an eccentric confectioner. The book was a hit and in 1970 producer Dave Wolper was looking for a movie idea to serve as a promotional tie-in for a new line of candy bars the Quaker Oats Company was hoping to manufacture. Dahl’s fantastical fable of sugary goodness seemed a perfect fit. It was the first of his stories to be adapted for film and Dahl himself was hired to write the screenplay. Massive changes, however, were made to his script by David Seltzer and this caused Dahl to be severely dissatisfied with the final product and consequently disown it (a phenomenon that was to occur time and again with cinematic adaptations of his works). In a delicious bit of irony, however, the candy bar that Quaker Oats produced turned out to be faulty and so had to be withdrawn from shelves.

To helm the project, Mel Stuart (a director known mostly for TV movies and documentaries) was chosen. It seems an odd choice for a theatrical fantasy film for families (particularly given that his visual style is rather bland), but he acquits himself adequately through his numerous astute filmmaking decisions, his first being to make Willy Wonka a musical. The songs written by the award-winning team of Leslie Bricusse and Anthony Newley are all (with the exception of the mother's "Cheer Up, Charlie" which was always a fast-forward song for me as a kid) melodic and memorable.

Who among us doesn't know "Pure Imagination," the "Oompa-Loompah" song or "The Candy Man" (made immortal by Sammy Davis Jr.) by heart? To this day, I think Grandpa Joe's energetic rendition of "I've Got a Golden Ticket" as he dances around the room in his pajamas has to be one of the purest expressions of sheer joy I've ever seen in cinema. Stuart also decided to shoot the film in Germany to save on costs. Wisely, however, the country is never identified by name in the film and it adds to the fantastic other-worldly quality of the story. 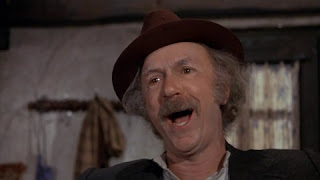 In casting the film, Stuart had to find not just one or two but five young actors to play the lucky children who find the Golden Tickets. All five are quite good but a couple standouts are Peter Ostrum (in his one and only film appearance) who manages to be believably innocent and selfless without coming off as disgustingly saccharine in his performance as Charlie. The other is Julie Dan Cole as Veruca Salt, the brattiest kid of the bunch…and that's saying something. Cole totally commits to the supreme selfishness of her character and even gets her own song to sing ("I want It Now"). She's the kind of devil-spawn that every parent is afraid their own offspring will turn out to be. The inimitable Jack Albertson plays Grandpa Joe, Charlie's surrogate father figure, with equal amounts of love for Charlie and disdain for the injustices of the world. 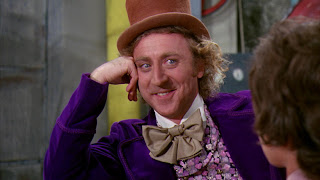 Finally, there's Gene Wilder as Willy Wonka. Although Dahl presumably wanted Spike Mulligan or Ron Moody to play the part, Stuart once again demonstrated a keen grasp of the material by approaching Wilder, a brilliant comic actor who thoroughly understood the complexities and ambiguities of the character. His Willy Wonka is unpredictable (as demonstrated by his introduction) but lovable, strange but predominately non-threatening, bizarre but surprisingly witty (quoting such varied writers as Shakespeare, Wilde and Keats). Wilder brings a childlike enthusiasm and exuberance to the role and it is arguably his most iconic performance (and he's certainly given us several to choose from).

For the most part, Willy Wonka charmed critics when it was released, but audiences were not quite as won over by it and tended to stay away (the film only grossed $4 million on a $3 million budget). Eventually, however, it developed a cult following on home video and television broadcasts. How well does it hold up today? Well, obviously there are elements which are extremely dated (the psychedelic boat ride down the tunnel is a like a bad 70's acid trip), but like Wizard Of Oz or Mary Poppins, there is an element of imagination at work in the film (something sadly lacking in most contemporary movies) that makes it utterly charming and helps give it a timeless quality. Today it is remembered with much fondness and affection by many families. Personally, I love the film and when I revisit it every couple years I am surprised at how moved I am by it at various points in story. Willy Wonka and the Chocolate Factory may not be a great film, but it is the product of an era when wonder and fancy could still be found in big screen movies, when cinematic fairy tales could be told earnestly (without cynicism or self-consciousness) and when things like story, character and genuine emotion were more important than budget or special effects.

A comparison with the more "faithful" 2006 adaptation by Tim Burton demonstrates this very thing. The remake is not without its charms (including some stunning visuals and a charming performance from Freddie Highmore), but it serves as yet another reminder that newer is not necessarily better. Among the many miscalculations was 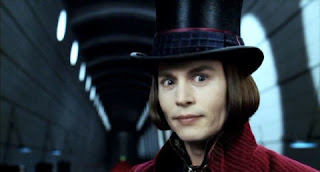 Johnny Depp’s decision to play Wonka as an excessively bizarre weirdo stuck in a state of arrested development. With echoes of pop sensation and eccentric man-child (not to mention accused child molester) Michael Jackson, Depp's Wonka was creepy and off-putting. Wilder's Wonka could indeed be dark, mysterious, enigmatic and even outright scary sometimes, but he was never creepy. His character, like the film he inhabited, ultimately had a warmth and a generosity at heart whereas Depp's Wonka, also much like the film itself, had a coldness at the center, a sense of detachment that makes its hard to be engaged by what we are watching even while we are being amazed by what we are seeing. I suspect that the 1971 version of the story will still retain its appeal long after the motion picture landscape has been become overrun with ugly, calculated and expendable pieces of cinematic junk (a fate of which I'm skeptical Burton's version will share).

In essence, Willy Wonka and the Chocolate Factory may not have been revolutionary, but it was definitely non-pollutionary. 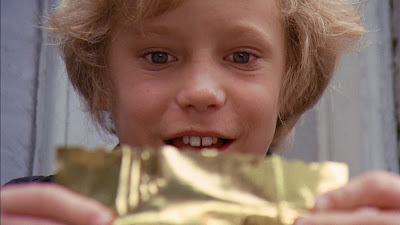