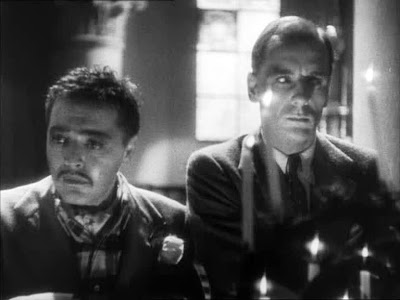 By Rhett Bartlett
For 75 years, Secret Agent has laid unappreciated by film critics and moviegoers when discussing the canon of Alfred Hitchcock.

In some aspects, the film does fail to be convincing and entertaining; however, there are significant moments throughout that warrant more than just a passing glance. With Hitchcock's earlier black-and-white talkies, debate and critique is often directed toward the masterpieces of The Man Who Knew Too Much and The 39 Steps or the overrated The Lady Vanishes, but Secret Agent, with its subtle metaphors and occasional brilliance demands to be re-visited, and certainly re-awakened in the conscience of film.

To identify the strengths and weaknesses of Secret Agent we have to appreciate that the film which preceded it was The 39 Steps, a strong novel, and even stronger production by Hitchcock, that was able to merge all aspects of cinema (casting, editing, cinematography) into a tense thriller. So Secret Agent had a lot to live up to and, to this day, is often (when discussed) unfairly grouped together with his other films of the area — when an individual assessment is more practical.

After the success of The 39 Steps, Hitchcock decided on the vehicle of Secret Agent — based on the novel Ashenden by W. Somerset Maugham which became a play by Campbell Dixon.

On paper, the cast is extremely strong. Madeleine Carroll, fresh from a stellar turn in The 39 Steps a year earlier, again plays leading lady, this time to John Gielgud, who is a war soldier searching for a spy he knows little about, and has no idea what he looks like. Gielgud himself was less established on screen. He had only acted in four previous films, long forgotten now, yet was a successful stage actor, but Gielgud struggles with the material he is given. Reports have since surfaced that he felt he was misled as to what his character would be, and that it resembled little of the complex characters he was portraying on stage and expected on screen.

And this belief could hold true, as often in the film, Gielgud has waning screen presence, and seems disinterested to give many of his character’s quotes meaning. The fact he would not act in another film until 1941 — some six years later — gives credence to the theory that he considered himself, at that point, more suited to stage than screen.

Then there is Peter Lorre. Five years on from his tremendous role as a child molester in M — Hitchcock casts him as some maniac sidekick to John Gielgud. Yet two years earlier, Hitchcock had perfectly cast him as the villain in The Man Who Knew Too Much. The Yin and Yang collaboration of Gielgud/Lorre doesn't fire at all and is distracting and grating on the screen.

So yes, there are some negatives to this film that rightfully deserved to be acknowledged. Hitchcock himself, in his lengthy interview with Peter Bogdanovich in 1963, addressed the box office and critical failure of Secret Agent:

"I liked The Secret Agent quite a bit. I'm sorry it wasn't more of a success, but I believe it was unsuccessful because it was the story of a man who did not want to do something. He was sent out to kill a German spy and was given a killer to do it and he botched it the first time — killed the wrong man. You can't root for a hero who doesn't want to be a hero. So it's a negative thing. I think that's why it didn't really succeed."

So Hitchcock basically lays blame on the author W. Somerset Maugham, when really it should have been directed at the casting director (of which there is no appropriate credit) and to Hitchcock himself. In the same interview he admitted that another of his films, Waltzes in Vienna, was his “lowest ebb,” so he did have awareness late in his career of his strengths and weaknesses as a director.

But allow me to point out aspects of Secret Agent that deserve to be addressed. The film's underlying metaphor that "everything is not what it seems" is very smartly revealed many times throughout the narrative, and highlights how well Hitchcock, Bernard Knowles (cinematographer) and Albert Jullion (set dresser) worked together.

Of all the scenes in Secret Agent there is one that stands out. The sensationally shot, edited and directed set piece of the cliff murder. The entire killing is seen through a telescope, foreshadowing decades later James Stewart's encounters with Raymond Burr in Rear Window. And that is what makes Secret Agent an important signpost in the Hitchcock journey. It was the film in which he tried ideas in their embryonic state to arrive later after full gestation, such as the hunt and killing of an innocent person, later referenced in Strangers on a Train. Other examples: 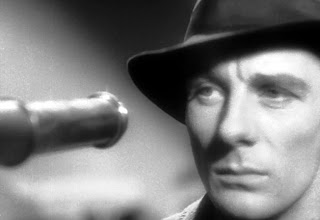 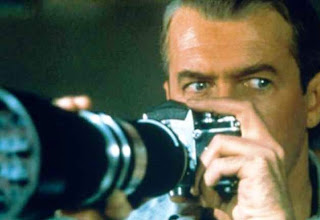 The telescope murder (a variation later used in Rear Window) 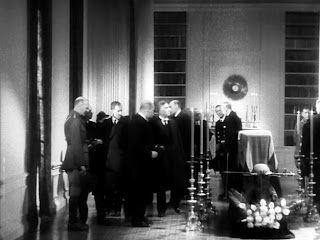 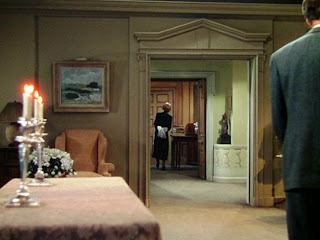 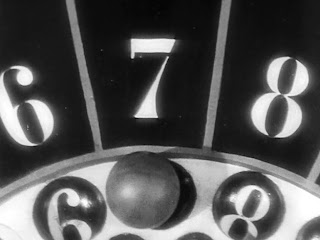 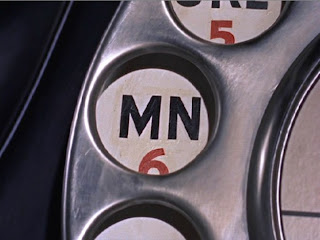 Large closeup shots in a casino (later used to heighten tension of a telephone in Dial M for Murder).
After 75 years, Secret Agent deserves to come out of the shadows. Even with its flaws it still shows Hitchcock as an always moving, always learning director, trying to stay ahead of his audience, never allowing film itself to hold him back.

Rhett Bartlett blogs at Dial M for Movies and can be reached on Twitter at @dialmformovies. He also can be heard on ABC Radio 774am Drive Show in Melbourne, Australia, every Monday night from 5:30 p.m. local time.