You Get What You Settle For 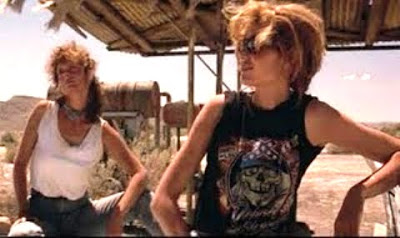 By VenetianBlond
This past week, buying a ticket to Bridesmaids was positioned as something of a social responsibility in order to prove that movies by and about women could make the box office numbers necessary to keep studios making those kinds of movies. It seems fitting, then, to take another look at Thelma & Louise, celebrating its 20th anniversary today. On one level, the film serves as a thought experiment to see what would happen in a "buddies on the lam" film with two female leads rather than two men or a man and a woman, but it also became a touchstone for a "hell, yeah!" moment roughly corresponding with the nascent riot grrl movement in music. The question became whether or not the freedom to screw up as badly as men do was something to aspire to. 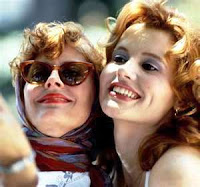 Louise (Susan Sarandon) is a waitress at a diner with an unreliable boyfriend and her best friend Thelma (Geena Davis) is trapped at home in an airless marriage. They're planning a girls' weekend away, but Thelma can't quite figure out how to ask her husband for permission to go. Her first little act of rebellion is to just leave without asking at all. It's Thelma's insistence on having fun that overrides Louise's natural practicality and sets them on their crime spree. At a roadhouse, Thelma drinks too much and dances too close with the wrong man. Louise finds her in the parking lot beaten and very nearly raped, and she pulls the gun that Thelma packed for no good reason at all. As they're walking away, the man gets one last insult in and Louise shoots him. They flee, as Louise explains, because everyone in the roadhouse saw Thelma behaving badly with him, plus they were no longer in immediate danger when Louise killed him. Nobody will believe their side of the story.

Louise, after a panicked, sleepless night putting some miles between them and the murder, decides to go to Mexico. She leaves the choice to Thelma as to whether or not she will join her. "Something has crossed over in me," Thelma says. "I can't go back." They try to be smart by having Thelma call home to see if the police are chasing them, and Louise gets some money from her boyfriend Jimmy (Michael Madsen) who is just shady enough to want to stay away from the police. Then they run into J.D., a very polite young thief who manages to charm his way into Thelma's bed only to disappear the next morning with all their money. He did, however, inadvertently teach Thelma how to commit a robbery, so desperate for cash, she knocks over a store adding armed robbery to their problems.

Things keep going from bad to worse as they try to get to Mexico without going through Texas, as Louise demands. Thelma finds out later that Louise was raped in Texas, got no justice and vowed never to set foot there again. When pulled over, they imprison the police officer in his trunk. They even set off a massive explosion when they destroy the rig of a trucker who had been disgustingly vulgar to them on the road. It's an exhilarating ride though, culminating in some of the most gorgeous terrain America has to offer.

The ending is about as iconic as they come. When Thelma and Louise are pinned between the local police, the FBI, and the Grand Canyon, they choose to drive off the edge into oblivion. Part of what makes the movie provocative is that ending. Does it mean to say there's no hope living in a man's world? That true friendship is worth dying for? Crime doesn't pay? 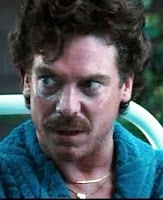 The movie won screenwriter Callie Khouri the 1991 Oscar for best original screenplay, lead actress nominations for both Davis and Sarandon and a directing nomination for Ridley Scott, but it has some serious problems in execution. First, the ADR is distractingly bad in places, as mismatched as any bowdlerized TV airing of an R movie. Second, Christopher McDonald, as Thelma's husband Darryl, was in a completely different movie from everyone else. Either nobody told him this was not a madcap comedy, or he had the production crew in such stitches they just egged him on. Madsen is much more effective as Jimmy because he's completely believable as a man who can be incredibly sweet but also frighteningly violent. In a scene in a hotel room, when Jimmy suddenly turns over a table, Sarandon shows a whole history with a violent man with her acting alone. Without a word it's clear that he's blown up like this many times before, and she needs to calm him down before something truly awful happens. It's a devastating scene. 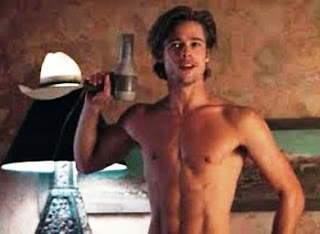 The biggest problem is the fact that not long after being beaten and very nearly raped, Thelma begs Louise to pick up young drifter J.D. from the side of the road. Granted, he looks like Brad Pitt, because it is Brad Pitt, in the role that launched his film career, but still. It's hard to believe that even someone as unschooled and flighty as Thelma would pull something like that. It's even more incongruous given the elements that made the film resonate with audiences, particularly female audiences. It completely nails the feeling of what it's like when a fun moment turns on a dime and goes horribly wrong. It also shows how gross it is to be the center of the wrong kind of attention. It actually plays out the scenarios of what it would be like to actually say and do things (like blow up the disgusting trucker's rig) that are only ever imagined.

To try to keep a tally chart of feminist versus standard paradigm elements is frustrating, because there's an "and yet" component to much of the film. Thelma does gain agency over the course of the film as she goes from wife who can't muster the courage to ask to leave the house for the weekend to a woman who makes her own choices and acts on them. But she can't do that within her societal context — she becomes a criminal on the run. Even though they choose to kill themselves by driving that '66 convertible into the Canyon, it still is reminiscent of the "bad women get punished by death" trope. The detective played by Harvey Keitel defends them and tries to deescalate the situation, but he also infantilizes them by calling them "them girls." It seems he wants to rescue them.

It's unfortunate that the success of women's films or "chick flicks" is dependent on so few exemplars. What's reassuring is that dynamic individuals such as Kathryn Bigelow and Tina Fey are redefining the terms. Davis was inspired by the role of Thelma to create a foundation researching gender equity in film. At any rate, if I were on the run trying to escape punishment for my crimes, I'd say I'd be glad to jump into the back of that '66 convertible with Thelma & Louise.

Comments:
Good one!
Go on with yout bad self, Venetian Blond!

I really liked the movie when it came out though I do have to ask: has Ridley Scott directed a good film since? He's done some OK and better than OK work (such as Matchstick Men and American Gangster), but most have been bloated bores. Sarandon has continued to do great work, but boy has Geena Davis' career crashed and burned (especially after she married Renny Harlin). Finally, I've said it before and I'll say it again: thee is no such thing as a "chick flick." There are good movies, bad movies and those in between. To label movies as such assumes that all women share the same aesthetic tastes and can be catered to by a formula and that men would have no use for them the same way it's wrong call things a "guy movie" as if there are no women who enjoy action films or men who hate them.

I don't think the Hollywood marketers are listening.

I don't care about the marketers. It's just when their phrases get used by critics and regular people that it bothers me. My tribute to Terms of Endearment spells out in more explicit detail why I think all people, women especially, should be insulted by the "chick flick" term. The new one that gets me is their obsession to call remakes of recent franchises a "reboot." Has anyone ever had to reboot their computer when something good has happened? The word itself implies a negative. It's as if they are really saying, "We screwed up the (insert series here) so we are remaking it with new people just a few years after the last time we tried to do it."