Hold on to that thread until it breaks 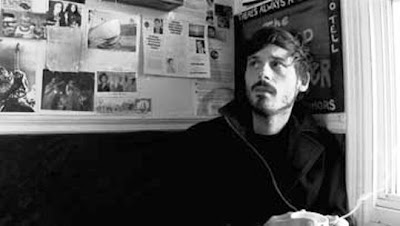 By Edward Copeland
It's good to know that the National Board of Review is good for something. If not for them, I might not have heard of the film In Search of a Midnight Kiss. The NBR included the film on their list of the Top 10 independent films of 2008. It also is nominated for the Independent Spirit's John Cassavetes Award for best feature made for less than $500,000. Unfortunately, I didn't get to see the film the way it was meant to be seen.

As I searched the Web for art to go with this review, I was puzzled because there were no color shots and the film I'd just watched was in color. Then I started to get nervous. I recalled the brief black-and-white opening and how the scenes on the DVD menu were in black-and-white. I began sleuthing.

Most of the reviews at the time of the film's release mentioned its "glorious black-and-white cinematography." DAMN YOU WEINSTEIN! *edward shakes his fist at the sky* Further investigation indicated this might not be exclusively the fault of The Weinstein Company. I mean, Harvey and company have never been afraid of black-and-white before. So I had to suspect another member of this devil's bargain: Blockbuster, whom I unfortunately find to be the best for DVD-by-mail service.

I found a DVD review of the movie which mentioned the black-and-white photography as well as a commentary track and other extras, none of which were on the DVD that arrived at my house. I went to Amazon to see if two versions were available for sale but as of Jan. 2, NO VERSION was available for sale, not even for pre-order.

I went back to the Blockbuster site and looked up their listing of the film and what do you know — it was listed as a "Blockbuster exclusive." So the evil deal between The Weinstein Company and Blockbuster keeps this great little film out of people's hands, at least for a while, except in this stripped down, colorized version. What a travesty. 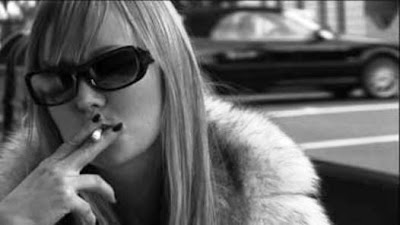 Fortunately, the charms of Alex Holdridge's sweet and funny In Search of a Midnight Kiss more than survives this corporate meddling. Writer-director Holdridge isn't breaking new ground with his film, but with writing this sharp and a cast this likable, it makes familiar ground seem like fresh terrain.

Scoot McNairy (who also produced) is Wilson, a 30-year-old depressed would-be screenwriter barely surviving in L.A. "where love goes to die," unable to move on after a long-ago breakup, a romantic drought that prompts his roommate (Brian McGuire) to encourage Wilson to use the power of the Internet, specifically something such as craigslist, to jump-start his dating life as New Year's Eve approaches.

The first to answer his ad for a misanthrope seeking another misanthrope is Vivian (Sara Simmonds), a chain-smoking tough-talking blonde with an exterior that exudes edge, even though the sunglasses she wears may be there more to keep up that appearance than to block the sun.

The rest of the film is pretty much the hours that Wilson and Vivian spend together with many laughs, insights and unexpected moments of seriousness. The film's denouement is easy to see coming and Vivian's possessive ex-boyfriend's redneckishness is overplayed a bit, but those are minor quibbles.

McNairy and Simmonds have great chemistry and Simmonds is especially good. Even though it does contain its moments of pathos, In Search of a Midnight Kiss gave me two things I don't find often in movies of late: universal truths and joy. If only I'd been able to see it in black and white.