Devil May Care by Sebastian Faulks as Ian Fleming 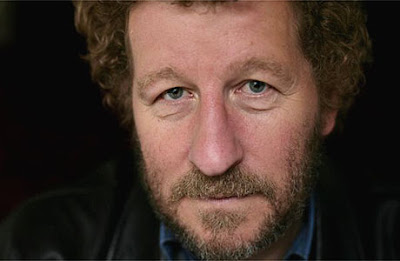 By Jeffrey Hill
Writing a Bond novel when you’re not Ian Fleming must be a problematic endeavor despite the many templates from John Gardner, Kingsley Amis and Raymond Benson. Unlike those writers, Sebastian Faulks did not approach the project carrying the baggage of being a longtime Fleming aficionado. According to a Times Online interview, Faulks says he was hesitant when the Fleming estate first proposed the idea for the author's centennial since he (Faulks) had not been a particular fan of the genre and had not read the Bond books since he was a kid. A few critics have noted that the Bond formula was a departure for Sebastian Faulks. I haven’t read any of his previous work and can’t really speak to that observation, but, based on the final product, I can say that Faulks turned out to be an inspired choice.

Faulks wrote Devil May Care as a facsimile of Fleming's work, designed to fit in Zelig-like as the 13th Bond novel. It fits imperfectly, of course. Faulks described his approach as re-creating the good things in the series and discarding the bad things. He also noted that Ian Fleming had left Bond in pretty bad mental and physical shape by The Man With the Golden Gun — not just as a result of Bond’s traumatic adventures, but also as a result of Fleming’s own failing health. Faulks takes the initiative to bring Bond back from Fleming’s despair more to give himself breathing room than anything else, and he puts Bond back in his prime. It’s OK that in the transition Faulks forgoes some of the character depth that Fleming had achieved because the imitation has an authenticity about it. Faulks understands and practices expertly the "Fleming sweep", which, I think, saves him from the pitfalls that come with taking all the good stuff and leaving out all the bad. Granted, the plot in Devil May Care is more complicated than it is clever or ingenuous and several of Faulk’s throwbacks to previous sequences are over-the-top, but otherwise it is paced like a Bond novel and has a similar humor about it that makes everything else seem like it could conceivably come from Fleming’s pen.

Although the new book takes place around 1967, a couple years after Man with the Golden Gun, Faulks manages to update the series by providing locales and other elements that are provocative in today’s climate. The opening chapter details the murder of an Algerian terrorist living in a ghetto in Paris (things were getting too hot in Algeria, so he moved to Paris). A description of the Algerian immigration issue in France echoes some of the Islamic problems Europe faces today:

"Sarcelles [where the opening murder takes place] was another: a ghetto with its own violent rules of dog-eat-dog that had little or nothing to do with the laws of the Republic. These places were viewed by most people as the price that France had been made to pay for her imperial misadventures."

The drug ring tied to the murder (and de-tonguing) of the Algerian hoodlum operates out of Tehran, where a good deal of the action takes place, but it's a decadent Tehran far removed from the one the mullocracy has produced over the last few decades. The whole Tehran portion of the novel is reminiscent of Istanbul in From Russia With Love, right down to his contact, Darius Alizadeh, who is a Persian variant to Turk Darko Kerim Bey, but there's more to it than that. The depiction of Tehran as a place with erotic bath houses and a casual tolerance for opiates, where Americans are all over but generally in the background, is a stark contrast to the city today.

The story also goes to Afghanistan and a bizarro action sequence that takes Bond through a valley of death and through a shrinking underground shaft the villain calls the Cigar Tube (a Fleming-worthy invention that smacks of the obstacle course in Dr. No). Having the plot center around the drug trade, in this case heroin and other opiates, as well as choosing Afghanistan as a locale add a current day relevancy to the story. 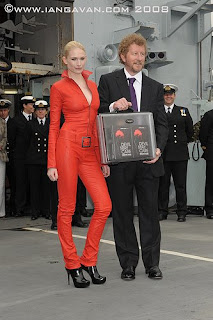 Vietnam is also mentioned, though it doesn't play a direct part in the story except to show the U.S. "going it alone," to quote a tired phrase and to express a coolness (in 1967) between the CIA and MI6. It's interesting to note that the novel describes the differences between the U.S. and Britain as a political one more than a difference between the two intelligence services. One gets the idea that M and 007 would just assume fight the commies in Vietnam, too. The parallels to the war in Iraq are imperfect, but are there nonetheless.

For every update there are about ten throwbacks to vintage Fleming. Bond’s hiatus fits neatly in line with several of the Fleming novels, which often start out with Bond in the final stages of recuperating from the previous adventure. The villain, Dr. Julius Gorner, along with having a Bond villain name, has a Fleming-esque deformity (an enlarged left hand that is hairy like a monkey’s paw and is absent an opposable thumb) as well as a megalomaniac chip on his shoulder toward England that reminds one of Hugo Drax or Auric Goldfinger. Gorner's constant jabs citing British colonial cruelty serve as a ready justification for his own actions and remind me of the young communist idealist, Otto, in Billy Wilder's Cold War comedy, One, Two, Three.

Referring to his plan to have his men gang rape Scarlett, the heroine of the story: "Don't worry about the girls," said Gorner, "They're just human flotsam. The kind of people your Empire found expendable."

Referring to the lack of food for Bond during his imprisonment: "You must be hungry, Bond," said Gorner. "But today, as I've said before, is a day of education. The lack of food is to remind you of how the British systematically starved the Irish in the great potato famine."

Referring to an elaborate underground torture device he'd just put Bond through: "The Cigar Tube," said Gorner's voice, "a test of endurance invented by the public-school officers of your finest regiments in the Malayan Emergency. I thought you might enjoy it"..."It was meant to weed out informers among locals, but your officers enjoyed it so much that they ended up doing it just for fun."

When talking about the damage his big scheme will cause: "The total destruction will be as great as that inflicted by the RAF on the civilians of Dresden."

And if Gorner did not have a jab directed at the Brits, the Americans would make an adequate substitute. When asked about his nukes: "I bought them"...."of course, they're relatively small...much smaller than those with which your friends the Americans burned alive the civilians of Japan in their wood-and-paper houses...."

Dr. Julius Gorner will be in town all week. This is coming from a man that runs a desert gulag which goes through slaves like a coal mine burns through coal. His henchman, Chagrin, a big oaf of a man numb-skulled enough (literally) to let Soviet doctors operate on his brain, is a Vietnamese version of Oddjob. The reader doesn't quite get enough of Chagrin as he's not particularly one for words. Nevertheless, he gets in his jabs while rationing Bond's water:

Chagrin's signature traits include ripping tongues out with pliers and busting the eardrums of Vietnamese children — stuff that might earn him credibility with the U.N. Human Rights council, but, in the story, only fan the flames of Bond's resolve. Much to Chagrin's chagrin. His psychopath nature with a history of Soviet manipulation hark back to one of Fleming's most imposing killers, Red Grant, in From Russia With Love. (SPOILER ALERT) It's fitting that both novels feature Bond in a death match with these two — even more fitting that Bond goes on to fight the chief villain of the story in Paris in the last chapter.

Faulks consistently points out various aspects of Bond’s character that Fleming readers well know — he takes ice cold showers, he prefers standard equipment over gadgets, he dislikes American cars, etc. Some critics mistakenly commented that Faulk’s Bond is uncharacteristically chaste in Devil May Care, but they couldn't be more wrong. He’s almost entirely like Fleming’s Bond, who generally has one sexual interest per book and, on several occasions, doesn’t make sweet brutal passionate love to that girl until the end. Faulks has Bond dwelling on her legs more than Fleming would but otherwise maintains about the same libido level seen in most of the novels.

There’s an underwater sequence when Bond discovers the main vehicle for the villain’s scheme of igniting a nuclear war by initiating it — an ekranoplan (a half jet plane/half hovercraft affair). The plot smacks of Thunderball and, to some extent, Faulks’ favorite Bond novel, Moonraker. Devil May Care lacks some of the inventiveness found in the Fleming novels, but the inclusion of the ekranoplan is pretty clever — and Bond's discovery of it while diving into the villains hanger for it gives Faulks the opportunity to strut his imitation abilities. He describes Bond holding his breath like Fleming would do and creates a scene that is almost as engrossing as the great underwater walk in Live and Let Die or (closer to the scene in details) the diving sequence in Thunderball when Bond discovers the underwater hatch on Largo's ship, the Manta. Add in numerous references (usually through Bond’s memory) to other books and you get the idea that Faulks is well-studied in the Bond repertoire.

If one can fault Faulks for a particular tendency that is simply misguided, it is that he tries to work in secondary characters that Fleming always used more sparingly — particularly Felix Leiter and Rene Mathis. Felix never really meets Bond in Devil May Care, but plays a fundamental role in thwarting the villain’s big plot. In some ways it reminded me of the third Indiana Jones movie when Spielberg tried to put Marcus Brody and Sallah in action — making both characters into clowns in the process. Felix’s charm in the Fleming books comes from his interaction with Bond — talking about cars, alcohol, women, etc. — with Faulks, rarely a scene with Felix goes by without reference to his missing limbs. The back and forth he enjoys with Darius is not bad, but it's different than what we're used to in Fleming. Faulks' effort to bring the supporting cast of Bond's friends together to thwart one part of the villain's scheme turns out to be a lame effort which clutters the otherwise well-paced and simple narrative.

All in all, though, Faulks pays homage to the Bond series in a way that is respectful and humble. Devil May Care does not attempt to be the end-all be-all of the Bond series, nor does it really attempt to be Faulks’ own treatment of the series. Rather, it simply tries to fit in and, to that end, Faulks is succeeds.