What a long, strange trip it's been 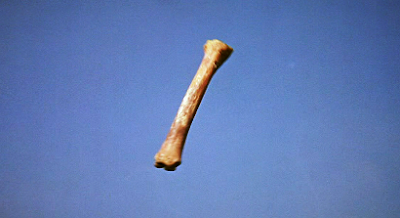 By Edward Copeland
"It's puzzling. I've never seen anything quite like this before," HAL 9000 says at one point in Stanley Kubrick's 2001: A Space Odyssey, which opened 40 years ago today. I used that quote to open the first movie review I ever wrote: a writeup in my high school newspaper of the 2001 sequel 2010 . At the time, I suggested that in many ways, 2010 made for a superior film because, as far as I was concerned, 2001 was overrated and boring for a lot of its length. I haven't seen 2010 in a long time, so I doubt I'd stand by that assertion, but my opinions of 2001 have evolved over time. I still believe it's overrated, but there is a lot within it to admire. Just not enough to love.

Granted, my first exposure to 2001 came in the wake of Star Wars and my subsequent childhood obsession with it, so its more cerebral sci-fi take was off-putting to a youngster to say the least. This was a space odyssey! Why was I watching people in ape suits running around? As I aged of course, I grew to appreciate the meaning of the Dawn of Man sequence, though I still think Kubrick could have accomplished it in less time. It's 25 minutes before a single word is spoken in the film. Though my favorite Kubrick films are his works in black-and-white, I do have to say that watching 2001 again, his color compositions in his post-Dr. Strangelove films were quite stunning, even if the films themselves were too often chilly. 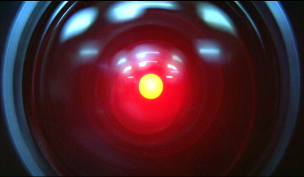 Proof of the low temperature reading of 2001 is that the most interesting character in the movie doesn't arrive for an hour and it's a computer. Voiced in monotone by actor Douglas Rain, HAL 9000 is very much the main attraction in 2001. When HAL sings "Daisy" and vanishes while Dave Bowman (Keir Dullea) goes on the final 25-minute acid trip, the computer is sorely missed. When you get down to it, no attempt is made to develop any character in the film the way HAL is. What do we know about Dave, his fellow astronaut (Gary Lockwood) or Heywood Floyd (to be played by the late Roy Scheider in the sequel)? They have families on earth. That's about it. HAL is the first one to question the "extremely odd things" about their mission to Jupiter. 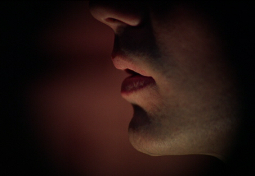 HAL also reveals more layers in terms of what motivations the machine has within him and where his loyalties lie, not to mention the chill when you realize that HAL can read lips. In many ways, HAL is the viewer's conduit into the film's murky depths. When Dave proceeds to disconnect him and HAL says he can feel his mind going, you can feel your mind going at the same time. When 2010 came out in 1984, a lot of 2001 fans were critical at the attempt to provide answers for what was going on in the earlier film. However, even in retrospect, the trippy ending to 2001 really doesn't add up at all to what the supposed "answer" is as given by 2010. Granted, when the late Arthur C. Clarke wrote the book of 2010 and Peter Hyams made the 1984 film, they really could have no idea that the Soviet Union would cease to exist in less than a decade and the Cold War aspect of their story would be obsolete in their 21st century setting. 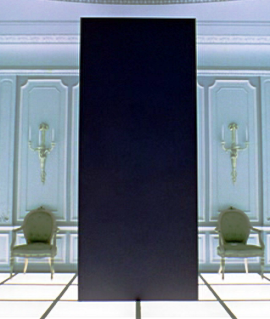 Putting that aside though, how does Dave Bowman traveling through lights, seeing himself as an old man eating and then even older lying in bed staring at another monolith square with the idea that everything that happened (basically aliens killing humans getting too close and taking over computers) was to engineer the creation of a second sun in the universe which the planet Earth was to use in the name of peace? As I said at the outset, I've grown to have a lot of admiration for 2001, but not a lot of fondness. It's worth marking its 40th birthday, but I believe it's yet another case of a movie that drowns in fans singing praise not from actual love but for fear that if they admit they have problems with it, they might be exposed. Kubrick was a truly iconoclastic filmmaker and I think he'd hate that kind of worship. He'd rather you be true to yourself than to pat him on the back because you think that's what you are supposed to do.

Comments:
I don't believe I've ever disagreed more with a post than this one. I can assure you that this fan of 2001 doesn't sing its praises for fear of being "uncool". I'd say more, but I said it already here (http://ferdyonfilms.com/2008/02/2001-a-space-odyssey-1968.php), beginning with "It blows my mind that I even feel the need to defend this masterpiece".

I must admit that there was a period of time when I was one of those people who sang 2001's praises not from love but from attempting to have grown-up tastes in film. However, the last time I watched it, it came as a revelation to me. I threw out other people's explanations and created my own. I personally think the acid trip at the end was the alien presence transporting Bowman and simultaneously tinkering with his mind like they tinkered with the apes' minds to make them evolve. People may have different interpretations, but that one is mine. In the end it all cohered perfectly for me. Part of what makes it so great is that it can survive multiple viewings amazingly well. Some might even go so far as to say it necessitates multiple viewings for further comprehension. There are those who will tout that as a major negative for the film, but it ultimately works to the film's advantage in the long run.

As I said, I like the movie, but I don't love it, especially compared with the other Kubricks that I do love. As for what it all means, I think Clarke undermined his own message with the sequel. If you take the interpretation that the monoliths are the aliens way of communication significant change, the change leads the apes not just to evolve, but to become murderers. The monolith within 2001 itself is unclear but Clarke cooked up the second sun and peaceful message in the sequel, which runs counter to aliens who use a computer to fling an astronaut into space and pull the plug on three others in hibernation.

As for the sequel, I like to pretend it doesn't really exist. It's like the Director's Cut of Donnie Darko. I don't need to know what the hell happened. I prefer to figure it out for myself.

Amen from the Siren's corner. For years I was very loud in my dislike of this movie, and the more flak that came from its devotees the louder I got. But I saw it recently and realized that my irritation at parts of this showcase for Kubrick's wintry intellect had blinded me to some things that indeed are very admirable, as you say. I doubt I will grow to love 2001, but never say never.

You're criticizing a determinedly anti-conventional film with conventional criteria. Every thing you list as one of its weaknesses I (and all the other poseurs) see as its strengths. And I suppose that's something either you're going to get or you're not.

This is probably my favorite film, but it's more of a cerebral kind of "love" than that I have for other favorites where I feel deeply involved with the characters, like Rules of the Game or Sansho the Bailiff. But I love it all the same, and I'm not trying to impress (or brown-nose) anybody.