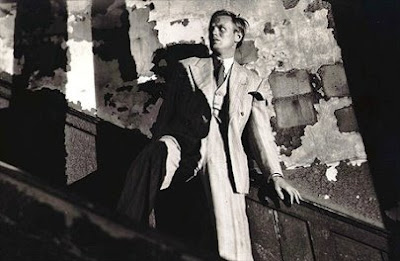 By Edward Copeland
Of the list of prospective honorary Oscar recipients I sent to the Academy several years ago, Richard Widmark, who died last week, was the second oldest. Now, my oldest suggestion, director Jules Dassin, the man who directed Widmark in one of is best roles, 1950's Night and the City, has died as well at the age of 96.

Until his blacklisting forced him into exile in Europe, 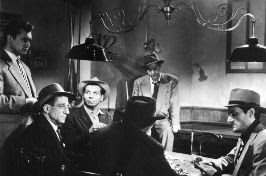 Dassin made a series of notable noirish films in Hollywood. In addition to the great Night and the City, he helmed the Burt Lancaster-Hume Cronyn prison drama Brute Force and the New York police melodrama The Naked City starring Barry Fitzgerald. His greatest film though probably was one made once he was overseas: Rififi, one of the greatest heist films ever made. The extended scene of silence during the carrying out of the robbery is a masterpiece in and of itself. Dassin later made other films, though none quite as great, including Never on Sunday and Topkapi, an attempt to duplicate the Rififi touch but did manage to win Peter Ustinov his second Oscar.

Comments:
Oh, that's a damn shame. I just bought Rififi on DVD the other day. And Topkapi has a special place in my heart, for obvious reasons.

It's sad, but I feel we are gonna start seeing a multitude of classic directors/actors falling away. I'm bracing myself for the day Godard goes.

Maybe it's me, but it seems like there's been more "film" deaths in the last year than ever before.