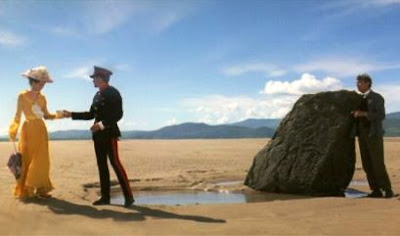 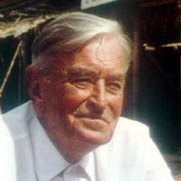 By Peter Nellhaus
In honor of David Lean’s 100th birthday, I had finally gotten around to seeing Ryan’s Daughter. I had put off seeing this film because of the largely negative response from the critics I paid attention to at the time of release. Being better acquainted with Lean’s films now, I thought that I would be more receptive to the film than I would have been in 1970. The answer is no. In fact there were moments when I struggled to stay awake during the first half of this more than three hour epic. I had originally started to write something rather arch about Ryan’s Daughter, but thought more and more about how this misconceived film fit within the rest of Lean’s career.

Looking back on Lean’s filmography, I was struck by how many films deal with war or romance. In Which We Serve and Brief Encounter not only are the titles for two of Lean’s earlier films, but could also act as titles for his latter films as well. The more interesting part of Ryan’s Daughter is actually the subplot about “the troubles” — British occupation of Ireland during World War I, the conflicting senses of loyalty concerning the Germans and the paramilitary efforts of the IRA. It is the romantic element of Ryan’s Daughter that fails in part because Sarah Miles was incapable of conveying erotic longing, and Christopher Jones' lack of acting ability was made even more obvious in 70mm. If there is a reason to see Ryan’s Daughter, and I recommend it only to completists, it is to see Robert Mitchum in an uncharacteristic role as the cerebral schoolteacher who initially wins Sarah Miles' heart, Leo McKern as Miles’ father, caught between the demands of his community and his role as a father, Trevor Howard as the village priest and John Mills as the deformed mute who looks for friendship where ever it may be offered. In a way, Mills' performance may be something of his tribute to Charles Laughton’s performance in The Hunchback of Notre Dame. Mills and Laughton starred together in Hobson’s Choice, Lean’s last film in black and white.

There were times when I wish that Ryan’s Daughter had been shot in black and white. Yes, there are the gorgeous shots of the waves beating against the rocks, and the clouds Lean waited days for to shoot, back in the days before CGI would do what nature wouldn’t or couldn’t. There are also too many shots of small characters in vast landscapes. What David Lean seemed to forget was that he was not filming Lawrence of Arabia and that the character of Rosy Ryan was not T.E. Lawrence, or even Yuri Zhivago’s Lara. Too often, Ryan’s Daughter appears to have been overproduced simply to justify the budget that was at Lean’s disposal.

My own favorite Lean films are Great Expectations, still one of the most watchable film adaptations of Charles Dickens, and Brief Encounter, a story of unfulfilled love that generates more heat than its description would indicate. Of Lean’s later films, I did like A Passage to India. Perhaps because after almost 14 years I started to miss David Lean without knowing exactly why, or simply because Lean was able to create a film combining the epic with the personal in just the right proportion, but A Passage to India succeeded with me in a way that his films from Bridge on the River Kwai had not. It is not coincidental that Lean also edited A Passage to India. In his final film, Lean combined what had initially distinguished him in the British film industry with his career as the director of epics shot in remote locations. A reworking of Madame Bovary got lost in the bloated, boring Ryan’s Daughter. With A Passage to India, David Lean regained control of the best parts of his films.

Peter Nellhaus' writings on film can be found at his blog Coffee Coffee and More Coffee.

Comments:
Peter, what a pleasure to see you here. I have a DVD of Maurice Jarre's Lean tribute concert and the lovely score and footage from Ryan's Daughter made me think I should catch it, but you've made me think again.

I like Great Expectations and Brief Encounter (though the latter film makes me cry). I also love Oliver Twist despite the Fagin problem, as well as Hobson's Choice and Madeleine. Lean is remembered as an epic filmmaker but as you point out he could work exquisitely on small canvases as well.

Great little summary on Lean. David Lean has been my favorite director since my first viewing of "Lawrence of Arabia". Ryan's Daughter is one of the few widely available films of his that I have not seen. I look forward to seeing it now, just to see what a Bad Lean film is actually like.

Wow! I'm getting a better response here than I do on my own site. I may have to consider moving into Eddie's space. Ryan's Daughter should serve as a lesson that even a veteran filmmaker can lose his sense of proportion following world wide success. I would not keep anyone from seeing this film if they are interested in Lean's career. There are individual moments and scenes that will be of interest. It is just slogging though 200 minutes to watch what would have been better at half that length.