Cut Out the Carbs 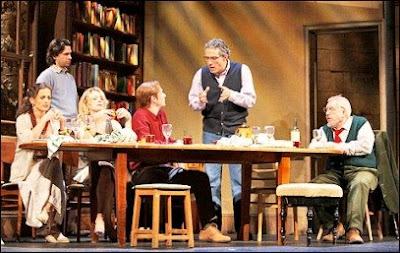 By Josh R
It takes more to stay in shape these days than an exercise bike and a moratorium on dessert. It wasn’t until the 1980s that the health-and-fitness craze truly began to shift into hyperspeed — you could glean as much just by watching commercials. Since neither Richard Simmons nor Jane Fonda made house calls to provide on-site coaching, people began descending upon Jack LaLanne franchise gyms like invalids to Lourdes and downing nutrient-loaded shakes with artificial flavoring in place of balanced meals. Recent times have seen the rise of a new breed of guru, known as The Nutritionist, so much so that the focus seems to have shifted from pumping iron and miracle dieting to eating right. Health is, after all, a science, and modern health nuts seem more willing to place their trust in people with Ph.D.s than in spandex-sporting drill sergeants bent on taxing their musculature to the limit.

I spent most of my high school health class doodling in the margins of my notebook and fantasizing about the yearbook editor (it wasn’t until the discussion turned to the acquisition of STDs that I bothered to pay any real attention), so I honestly have no idea what constitutes healthy practice as far as eating is concerned. I know that everything that grows out of the ground, with the exception of that which can be smoked, is presumably good for you, while everything that comes off an assembly line is more likely than not bound straight for your hips. Dr. Atkins and his apostles have impressed upon us the fact that it takes our digestive system longer to break down certain kinds of foods as opposed to others — supposedly, complex carbohydrates decompose at an only slightly more rapid rate than styrofoam, but again, when it comes to the science, I’m as much in the dark as a Bible-belting Huckabee booster at an economic summit.

Even though I’m no Ph.D., I can state with a relative degree of certainty that it may take your brain just as long to break down certain plays as it does for your digestive system to dissolve certain kinds of starches. Rock ‘N’ Roll, the nearly great, nearly indigestible new offering by the venerated British dramatist Tom Stoppard, is a complex conglomeration of history, philosophy and sociopolitical ideology dealing with the rise and fall of Czech communism, the manner in which popular culture (specifically rock music) embodies and reflects the spirit of freedom, dissidence and upheaval, and the gap between not only political theory and human practice, but the “brain” and the “mind.” It’s a full-scale banquet of a play — perhaps more than can be safely consumed within the time allotted — and even theatergoers who come to The Bernard B. Jacobs Theatre with their thinking caps on may ultimately find themselves suffering from the intellectual equivalent of heartburn.

Like his ambitious trilogy The Coast of Utopia, which was the toast of the 2006-07 season, Stoppard’s most recent work charts the intertwined fates of several characters over a period of nearly three decades, examining the manner in which their lives are shaped by the capricious currents of history and the shifting fortunes of the Communist movement in Europe. At the center of the action is Jan (Rufus Sewell), a Czech emigree in England who has become the protégée of Max (Brian Cox), a Cambridge professor and political firebrand who stubbornly clings to his hard-line Communist philosophy even as the oppressive regimes springing up behind the iron curtain undermine the ideals he espouses. Jan, a supporter of the Dubcek regime, returns to his native country after the Soviet occupation begins — his optimism gives way to disillusionment as sweeping political reform leads to the curtailing of personal freedoms. Along the way, the playwright notes the rise of the dissident movement, spearheaded by the underground rock music that fuels the spirit of defiance amongst agitators for change, led by eventual Czech president Vaclav Havel. One Czech band in particular, The Plastic People of the Universe, had a far-reaching impact; banned by the ruling Communist powers for their subversive influence, they came to represent the power of art to not only reflect the mood of political unrest, but to stimulate reform (The playwright suggests that Charter 77 — Havel’s human rights campaign and an international cause celebre — may have been a direct outgrowth of a meeting he had with The Plastic People). The play ends in 1990, after the collapse of European communism, at a Rolling Stones concert. The fact that the Stones have finally come to Prague represents a cataclysmic shift in values, and the occasion for the playwright to observe the great irony that paved the way for the dissolusion of the communist block. An overhead projection informs us that the concert has been “presented by Anheuser-Busch” — ultimately, it is capitalism, not socialism, that has made possible the kind of freedom that communism was originally intended to produce.

This skeletal outline of Rock 'N' Roll doesn’t cover so much as a quarter of the distance in terms of what is addressed within the space of the play — perhaps a generous estimation, since really, it barely makes a dent. The playwright’s interests are nothing if not far-ranging; his scheme encompasses everything from the etymological nuances of the poetry of Sappho to the life and times of Pink Floyd’s Syd Barrett, who is likened to the Greek god Pan and treated as a highly symbolic presence (he’s at once both emblematic of his era, while his subsequent decline is meant to say something about the extent to which the boomer generation has lost its bearings in the years to follow). Stoppard is a master of drawing together disparate strands of fact-based subject matter and literary allusion when tackling big themes, and Rock 'N' Roll is embellished with such copious quantities of historical, cultural, philosophical and political minutiae that it seems to come equipped with its own appendixes; everything seems cross-referenced and footnoted in a such a way that the total effect is overwhelming. There are so many ideas bouncing off one another that after a while your head begins to feel like the inside of a pinball machine — there simply isn’t time to assimilate everything, and those on the receiving end are likely to wind up feeling a bit punch-drunk.

Trevor Nunn's streamlined production, which takes place on a rotating turntable in clever tribute to the vinyl discs being spun for the enjoyment of both the people onstage and in the audience, features many of the original cast members from the play’s premiere staging at London’s Royal Court Theatre. As Jan, Rufus Sewell seems to favor a somewhat antic style when playing his character as a young man, overplaying his awkward enthusiasm, but attains a heartbreaking gravity as his youthful idealism is eroded by events that put his entire system of beliefs into question. With his booming voice and somewhat blustery delivery, Brian Cox believably creates a larger-than-life presence as a dogmatic, self-styled warrior who can’t admit the extent to which his intractable positions are out-of-step with the world beyond his door — the only character who remains immune to the charms of The Rolling Stones, Pink Floyd and their hard-rocking progeny, he turns a deaf ear to the music of change since to absorb it would be akin to acknowledging his own fallibility. Best of all is the remarkable Sinead Cusack, who doubles in two different roles and locates the warmth and the humor in both. As the scholar Eleanor, who refuses to loosen her grip on life even as her body is failing her, she provides the play with its emotional touchstone; as Eleanor’s daughter Esme, she offers an equally poignant consideration of a former flower child struggling to find her place in the modern world. The ten other cast members provide excellent support, particularly Stephen Kunken as a true believer who stays in Czechoslovakia to fight the good fight, and Nicole Ansari as his skeptic countrywoman who finds refuge in more hospitable environs.

When I reviewed The Coast of Utopia for this site last year, I remarked of Stoppard’s work that “there are moments when dramatic concision gets lost in a tangle of knotty verbiage, while considerations of character and plot take a back seat to the myriad of ideas floating in the ether.” That’s true to a greater extent of Rock 'N' Roll than it was of the play which I was then writing about, which unfolded at a more leisurely pace and consequently had more time to develop the human drama at the play’s core. As it is, there’s enough material in Stoppard’s newest offering for three plays, and that’s the problem — it’s all been shoehorned into one. Whereas Utopia could be experienced on the same level as engrossing seminar course, trying to keep up with Rock 'N' Roll often feels like cramming for an exam (tellingly, the program comes equipped with its own set of Cliff’s Notes). This is not to say that Rock 'n' Roll is a bad play — on the contrary, it’s an extremely good play that simply bites off more than audiences can chew. Certainly, no other contemporary playwright gives us as much food for thought. It may therefore seem a tad ungrateful to suggest that the playwright favor a slightly less academic approach in the future, or at least simplify the intellectual content just enough so that it can be processed in bite-size morsels.

That’s a polite way of saying that it may be time to go on a diet.

Comments:
I sat through ROCK N ROLL, and have only seldom been so completely bored in a theatre in my life. I can't really blame Stoppard's play, which might actually have some interest when directed properly. The real problem I had was with that excruciating production, where each glimmer of interest I started to feel in a scene would be effectively squelched by an interminable scene break, where I found myself sitting in near total darkness listening to badly over-amped rock music while looking at the song credits projected on a black screen. Did I really need to be told that Nick Mason played tympani and cymbals on WELCOME TO THE MACHINE?

He does pay overweening attention to detail - the play definitely suffers from "too much information" syndrome. I was never bored, but there were certainly times when I wished the playwright would stop showing off the extent of his knowledge.