From the Vault: Jodie Foster 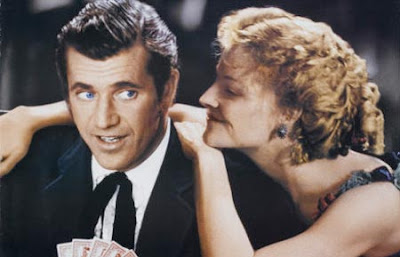 ORIGINALLY PUBLISHED MAY 20, 1994
After 28 years in the public eye, Jodie Foster has learned what it takes to maintain both a career and a private life. At 31, she has won two Oscars, shown great promise as a director and attained status as one of Hollywood's top actresses, amazingly with minimal speculation about her off-screen life.

Foster, who looks different with each role, didn't appear remotely like her Maverick character. In the movie she's currently filming, Nell, she plays a woman who has lived a remote life in the woods, a role that led Foster to dye her usually light hair dark, grow it out and lose about 15 pounds.

It's a far cry from Maverick's Annabelle, a con artist masquerading as an elegant Southern belle. When asked whether her ability to change her appearance has been key to maintaining her life away from Hollywood, Foster points to her longevity as a better reason for her successful adjustments.

"I've been a public figure for a really long time, for like 28 years. The Kennedy kids, I bet you they have a different life than someone who just got in the public eye about three years ago. When you've been in the public eye for 28 years, you figure out how to be a real person. I had to fight for that. ... When you're a waiter at 19 and you get a small TV movie at 22 and suddenly you're catapulted to fame at 25, you have a very different experience at being a public figure than someone who's been at it for 28 years."

Foster, who admits to having the itch to direct again following her 1991 debut, Little Man Tate, is producing Nell, a project she nurtured at her own production company. Foster, however, doesn't feel that her input is that much more direct on Nell than it would be on any other project. The actress-director-producer feels that there are more important considerations than stroking one's ego on every project, but that more input does occasionally ease things.

"It's all about serving that story. As an actor for hire, you can't always have things every way that you want. ... When you can do it yourself and when you control every choice, it actually makes the shooting so much easier. There's a difference between your movie and someone else's movie where you're just being hired on to fulfill an obligation. As an actress for hire, your only responsibility really is to your own character. You can't have responsibility for the movie because you're not there in the cutting room and you weren't there to develop it."

The actress-for-hire function is what Foster served on Maverick, having been hired for the film a mere two weeks before shooting began. Many have thought that the project seems out of place for the actress who made The Accused and The Silence of the Lambs.

"I'd been looking for a comedy for so many years and I couldn't find one and then one day, there (Maverick) was and it was witty and sophisticated and wry ... "

The shooting schedule on Nell has prevented Foster from seeing the completed version of Maverick, but that doesn't bother her since the actual experience of filming was such a positive one.

"I haven't seen it completed. ... I don't even care, because I just loved it. I had such a good time. It's the best experience I've ever had making a movie. It's the happiest I've ever been on a film."

Part of the joy of filming Maverick came from her co-stars, Mel Gibson and James Garner. Foster worked with Garner in the early '70s on a "very forgettable" Disney film titled One Little Indian, but it was her first experience with Gibson.

"(Gibson) is the nicest, most generous actor I've ever worked with. I'd almost say he's the most charming, enjoyable person maybe I've ever met. (He has) a talent that you can't even put your finger on. His wheels are turning and he comes up with weird things."

Since beginning work as a child model and commercial actress, Foster has had a long time to adjust to what her image can mean to the audience. This attitude extends to Foster's commitment only to become involved in causes she actively assists.

"If you're going to be a part of something, be a part of it. Don't just sign your name. It makes me feel uncomfortable, to be hollow."

As far as what causes do attract Foster's attention, the actress replies:

"I don't talk about my political causes in print. I just feel it's an obnoxious actor thing to do. You make peace with the fact that you represent something to other people. I think that's a good thing. Sometimes it's a burden, but as a youngster for example it gives you a consciousness about responsibility in terms of your work. You don't just go, 'Oh yeah, I'm gonna make a shoot 'em-up movie, because you know there are going to be repercussions."

Celebrity though does necessitate some adjustments.

"Obviously, I don't do everything myself. Now, the big step is I actually don't pick up my dry cleaning. I have it sent to my office. I take it to my office, then somebody picks it up, they dry clean it and then it comes back to my office and I put it in my car. That's a big concession for me because it's weird that I don't go to the dry cleaner."

However, Foster differs from many in the public eye by her lack of concern about her own image.

With her career going full steam and her private life relatively secure, even if she doesn't pick up her own dry cleaning, Foster has a simpler priority than acquiring more accolades and making more movies.

"My agenda is to survive. My No. 1 priority in life is to be a balanced, healthy person. Anything that gets in the way of that, it's gone."