From the Vault: Amores Perros 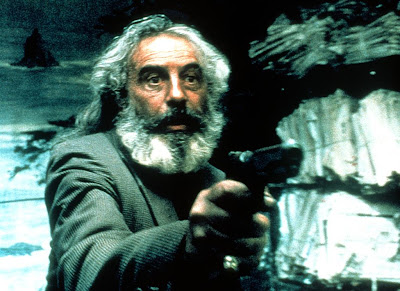 Of the films that have tried to imitate Pulp Fiction in the years since its release, no movie has come closer to repackaging what it steals into something fresh than Amores Perros.

Mexico received an Oscar nomination for foreign language film for Amores Perros in 2000 and now the movie has been given a much-deserved U.S. theatrical release.

While Amores Perros doesn't hit the heights that Quentin Tarantino's film did, it is quite good as it tells its characters' tales in three similar but separate episodes tied together only by a common car wreck.

A word of warning: If you are a dog lover, much of Amores Perros will prove disturbing as canines are the unifying element of the stories and the animals find themselves in bitter, competitive dog fights and trapped beneath apartment floorboards.

In "Octavio and Susana," young Octavio (Gael Garcia Bernal) decides to fight his pet rottweiler, Cofi, to raise money to run away with his abusive brother's pregnant wife. In "Daniel and Valeria," a supermodel injured in the accident (Goya Toledo) obsesses when her pet finds its way through a hole in her apartment's floor and can't get out. In "El Chivo and Maru," a revolutionary turned assassin (Emilio Echevarria) who surrounds himself with dogs questions his calling after rescuing Cofi from the collision.

Director Alejandro Gonzalez Inarritu does fall prey to the inevitable problem of episodic filmmaking: Inevitably, some sequences play weaker than others. In this case, "Octavio and Susana" is good but "Daniel and Valeria" drags. Fortunately, he saves the best for the last with "El Chivo and Maru."

The reason "El Chivo" works so well is because of Echevarria, who draws a memorable portrait of a man who aches for a lost daughter, kills for money and does anything to protect an injured animal.

Unlike Pulp Fiction, whose segments were fairly self-contained, the episodes of Amores Perros bleed into one another to the point that separating them becomes unnecessary. That's a minor criticism though for an overlong work that rewards those who stick with it.