From the Vault: Adrian Lyne 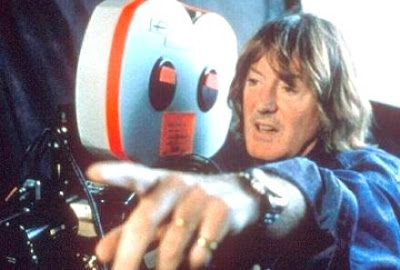 ORIGINALLY PUBLISHED NOV. 14, 1990
His films are decidedly stylistic, but director Adrian Lyne finds himself drawn to the emotional and substantive when selecting projects. Lyne, who was nominated for an Oscar for Fatal Attraction, has returned with his latest film, Jacob's Ladder.

Jacob's Ladder tells the story of man haunted by an incident in Vietnam. The entire film exists in a surreal universe where the audience never knows whether they are watching a flashback or a dying man's dream. Lyne thinks that the film is an "adult movie" following a summer of action-oriented fare.

"Maybe the audience wants to be treated like adults. Maybe they don't want to be spoon-fed pap."

People who have seen film disagree about the ending, some thinking it's a metaphor, though Lyne and the film's writer, Bruce Joel Rubin, agree.

"I think that Jacob Singer imagined the relationship with Jezebel, that the reality was Vietnam."

Lyne said that on one level the film is a conventional psychological thriller and he wants the audience to share Jacob's hallucinations and suffering, though he realizes there is a danger of the audience getting "pissed off" by the ending.

Lyne was drawn to the film by Rubin's screenplay which "read like a novel." Lyne also liked the challenge of depicting a stairway to heaven. He also was the one to introduce the element of Jacob's dead son.

"I liked the sense of seeing people you can't see now."

Lyne also enjoyed directing the suspenseful elements, citing Ridley Scott's Alien as an example of something he admired.

"It was a classic movie. I loved it up until the ending when you finally see the alien and it's some wiggly octopus thing. It wasn't scary at all."

Because of this, Lyne took great care not to show enough of the demons in Jacob's Ladder to ruin the suspense for the audience.

Jacob's Ladder prevented Lyne from directing another film, the big screen adaptation of Tom Wolfe's novel The Bonfire of the Vanities. Brian De Palma went on to perform the task and, like many others, Lyne was surprised at some of the casting choices.

Next on Lyne's agenda: Silence, an interracial love story set against the backdrop of a race riot. Negotiations are underway to secure Sean Connery for the film.