Harder to survive on the margins

BLOGGER'S NOTE: This preview of the fourth and final season of Treme contains mild spoilers for the last five episodes, but nothing too serious. If you fear knowing ANYTHING ahead of time, move along. Also, health problems and other interruptions have put timely recaps in jeopardy. At least part of the first episode will be up in time Sunday, but I can't make promises about timeliness going forward. 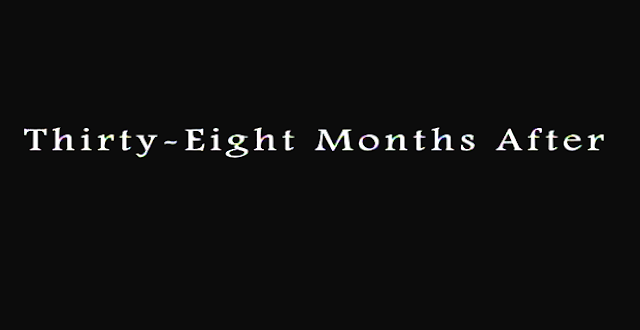 By Edward Copeland
The headline that I used for this preview of the truncated fourth and final season of HBO's Treme paraphrases something Marvin Frey (Michael Cerveris), manager of Annie Tee aka Talarico (Lucia Micarelli), says to his client in the Sunday season premiere after she finishes a set with her band. Frey advises Annie that her album has peaked and, if she wishes to continue her ascent to stardom, her act requires big changes. While Frey's statement specifically 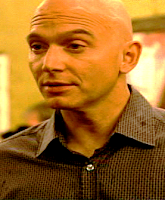 pertains to Annie, it also applies to the unforgivable final season HBO allowed for this great series created by David Simon and Eric Overmyer. Yes, even in the commercial-free universe of pay cable, where subscribers should matter more than ratings, the various TV ratings systems (which grow more imperfect and outmoded by the day as the methods by which viewers watch TV evolve in ways A.C. Nielsen never could have envisioned) still capture the attention of channels such as HBO and Treme never drew an audience comparable to shows such as The Sopranos, Game of Thrones or even Boardwalk Empire. I suppose I should commend them for sticking with Treme as long as they did, but that doesn't excuse HBO for the scraps that it threw the series' way for a final season. Despite the burdens of a season half the size of a traditional one (and they received an 11-episode order for season 2) and steep cuts to staff and crew, the people remaining at Treme manage to go out well with few signs on the screen of the behind-the-scenes austerity measures imposed upon them in order to complete the story they never intended to run past four seasons. When I first learned of what HBO gave Treme for Season 3.5, my thoughts went to the citizens of New Orleans and the city itself, whose economy benefited from the series' filming there each year. Hasn't that city suffered enough? I digress. Five episodes remain to spend with the great characters we've met over the previous 31 episodes. We'll join the second line after the last episode airs Dec. 29.

As the card shown above from Sunday's premiere indicates, the final season of Treme picks up 38 months after Hurricane Katrina and the federal flood that followed and devastated New Orleans and neighboring regions. More specifically, the day on which season 3.5 chooses to begin happens to be Nov. 4, 2008 — that historic day that saw Barack Obama elected the first African-American president of the United States. While the U.S. started the process of transition from one president to another, we learn of changes to most of the characters in the Treme universe in the premiere, “Yes We Can Can” (written by Simon, Overmyer & George Pelecanos, directed by Anthony 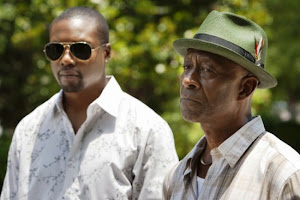 Hemingway), in terms of relationships started and ended, both personal and professional. For those forgetting where we left our friends more than a year ago, LaDonna Batiste-Williams (Khandi Alexander) struggled after her bar GiGi’s got torched in a suspicious, presumed revenge fire; Delmond Lambreaux (Rob Brown) found himself more torn than ever between his New York jazz career and his New Orleans roots, especially after his father Albert (Clarke Peters) began treatment for cancer; Janette Desautel (Kim Dickens) continued to butt heads with Tim Feeny (Sam Robards), the moneyman behind her new restaurant, Desautel’s on the Avenue; Sofia Bernette (India Ennenga) headed east for college as her mom Toni (Melissa Leo) continued to fight the good fight and began a relationship with Lt. Terry Colson (David Morse), who attempted to do the same within his police department; Sonny Schilder* (Michiel Huisman) wore down Tran (Lee Nguyen), the father of Linh (Hong Chau), and made her his bride; Nelson Hidalgo (Jon Seda), back in the good graces of C.J. Liguori (Dan Ziskie) and friends after exile for association with Oliver Thomas, worked on various projects, including a New Orleans city jazz center, a project that Del and Albert already decided not to take part in despite a possible lucrative end; Annie’s burgeoning career led to her breakup with Davis McAlary (Steve Zahn), who gave a “final” performance announcing he was quitting the music industry; and Antoine Batiste (Wendell Pierce) found himself getting into the groove in his job as the assistant band instructor at Theophile Jones Elie Elementary.

My return to recapping Treme episodes comes after sitting out Season 3 (and post-episode summaries/reviews of Boardwalk Empire as well) due to worsening aspects of the physical limitations associated with my primary progressive multiple sclerosis. A major impediment to me continuing the recaps stemmed from the fact that my recaps of both series grew so insanely ambitious with research and links supplementing the general summary and assessment of each individual episode. In fact, I got so detailed when referring to neighborhoods and sections of New Orleans that some readers assumed that I either hailed from there or had lived in the city for a sizable portion of my life when I never got the chance to visit the Crescent City back when I was mobile. Thankfully, no one thought I was old enough that I acquired my knowledge of 1920s Atlantic City from first-hand experience. My recaps 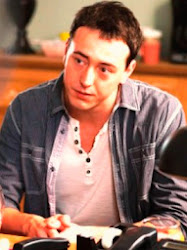 for the final five episodes of Treme won't approach the detail or ambition of my season 2 efforts. (Look at my recap of Treme's season two episode "Carnival Time" or my recap of Boardwalk Empire's season 2 episode "To the Lost" to see how overboard I went.) I regret not being able to recap season 3 of Treme because I felt it turned out to be its best season, especially following season two, which contained individual episodes that proved great and contained truly memorable moments, but had too many episodes undermined by an editing style that seemed geared for children with ADD. In season three, the series largely corrected its flow problems and managed even to find use for some of its characters who had been annoying and pointless such as Sonny. It also introduced a new character in young enterprising reporter L.P. Everett (Chris Coy), a writer for ProPublica, who arrived in New Orleans to investigate the possible murder of a man by police following Hurricane Katrina. Everett's work brought him into contact with a natural ally in Toni and paralleled the internal frustration of Terry trying to delve into the culture of cover-up and corruption throughout the city's police department. While the entire ensemble managed to get their moments in season three, in my eyes, the season really belonged to Morse's stellar work as Colson. As a point of personal pride, when in season two Janette toured the kitchens of various New York restaurants, she began at the marvelous fictional creation Brulard’s, named for its owner and chef Enrico Brulard (a magnificent invention of a character by actor Victor Slezak — I still dream of spin-off where Brulard and Dr. John decide to open a restaurant and club together). Janette bonded best in Brulard's kitchen with actor Paul Fitzgerald's character, who never received a name, referred in credit lists simply by job title as Le poissonnier. In my recap of one of season two's best episodes, "Santa Claus, Do You Ever Get the Blues?" (written by Lolis Eric Elie, directed by Alex Zakrzewski), I decided to christen Fitzgerald's character as Paul. To my delight, when he turned up in New Orleans at Janette's new restaurant, he had a name and it happened to be Paul. I'd love to think I had a hand in that, but I'm not deluded enough to assume such a thing. It pleased me nonetheless and I wish I'd been able to note it when it occurred.

What makes this final stretch of Treme particularly interesting are how some episodes seem to have an overlying theme in a way that previous installments didn't. While episodes might revolve around a common event or day such as Mardi Gras or Thanksgiving, a couple of these final five delve specifically, though subtly, into overarching topics. As I referred to earlier, few signs on-screen indicate the steep cuts made for the final season. You spot them when some regulars' names only appear in episodes in which they appear and in the relative absence of bigger names such as Elizabeth Ashley's wonderful Aunt Mimi, who appears but once and briefly.

Whenever I try to describe Treme to nonviewers, a pat description defies me. No television antecedent that's not really dependent on plot springs to mind as a comparison. Treme proves to be neither about the journey nor the destination while telling its tale of a community and its culture in the aftermath of a disaster, but, in the end, Katrina really isn't its point either. Miraculously, Treme works and, this late in the game, I finally realized the closest comparison to its type of storytelling. It came not from television, but a movie: Robert Altman's Nashville. It also focused on a musical community with a large cast of characters, some of whom met, some who didn't, and didn't contain what anyone could call a conventional plot, yet it's one of Altman's masterpieces. Of course, Nashville comes to a climax of sorts and covers a very specific period of time. That thought prompted memories of another essentially plotless, though quite different, great film that by coincidence took place in our bicentennial year: Richard Linklater's Dazed and Confused, only it contained no big finish. As for television, I still can't think of a Treme antecedent and that's probably a good thing. I expect someone to correct me in comments and come up with a similar TV example and I'll be suitably red-faced for that series not occurring to me, but until then I welcome that in my mind Treme stands as one-of-a-kind.

*As far as I recall, Sonny's last name never was mentioned or seen on the show itself, but a book solved that mystery. Treme: Stories and Recipes from the Heart of New Orleans by Lolis Eric Elie, former story editor for the series, presents recipes belonging to various characters from Treme and it reveals Sonny's last name as Schilder when providing his dishes.