When that line started getting fuzzy 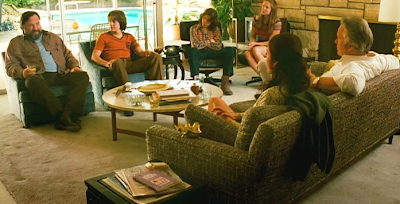 By Edward Copeland
As you idly flip past ads for TV shows with shrieking housewives, young Jerseyites, the home lives of aging rock stars and countless other forms of grotesqueries labeled "reality TV," it's hard to believe the genre began as a noble experiment aired on PBS nearly 40 years ago. The excellent new HBO film Cinéma Vérité, which debuts Saturday night, details the behind-the-scenes story that put the Loud family of Santa Barbara, Calif., in U.S. living rooms on the landmark series An American Family, turned them into national pariahs and created a truly pivotal pop culture moment.

All my life, I've pretty much been an information vacuum, sucking up trivia and being able to spend it like currency, even if it was something I'd never seen. Since I was just 4 when An American Family aired in 1973, I never actually saw the series, yet I always knew what people were talking about when they brought up the Loud family (not to be confused with the skit from the original Saturday Night Live cast). With Cinéma Vérité, I feel even more secure in my knowledge of this media milestone.

With co-directors Shari Springer Berman and Robert Pulcini at the helm, Cinéma Vérité has precisely the right filmmakers steering the ship since they are the team who made the great and unusual biopic of Harvey Pekar, American Splendor. It also doesn't hurt that they're filming a sharp script by David Seltzer whose unusual resume of writing credits includes Willy Wonka and the Chocolate Factory, The Omen, Lucas and many others I'll omit so as not to embarrass him. The directors' greatest assets though happen to be its talented cast led by Diane Lane, Tim Robbins and James Gandolfini.

Gandolfini plays Craig Gilbert, a documentary filmmaker whose most recent work had been on the anthropologist Margaret Mead. He gets the idea to really look inside an American family, to get beyond the TV depictions such as The Partridge Family or The Brady Bunch. After talking to a friend (Kathleen Quinlan) who brings him some possible Santa Barbara families to try to talk into the project, Gilbert settles on the Louds, approaching Pat Loud (Lane) first. The two seem to have an immediate connection as Gilbert explains that he wants to observe an American family the way Margaret Mead did a primitive one by placing a camera crew within their home. Pat's marriage with her husband Bill (Robbins) isn't in the best shape, but she's game anyway and Gilbert tries to sell the idea to the whole family, who mostly seem willing, though Bill asks what they get out of it if they aren't being paid. 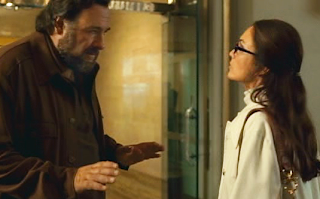 The married camera team Alan and Susan Raymond (Patrick Fugit, Shanna Collins) become attached to the Loud family, since they see first-hand things that are ripping them apart, causing conflict with Gilbert who grows angry at times when the Raymonds refuse to film the most dramatic stuff, and the financial backers in New York are on his back over the lack of high drama, amount of film used and rising costs. Eventually, the secrets and tensions do spill out in front of the camera such as when Pat tires of ignoring Bill's adultery and asks him for a divorce on camera and when they film oldest son Lance (Thomas Dekker), who is openly gay (except with his in-denial, Nixon-backing father). When the camera crew follows Pat to New York to visit Lance, he tells her that a girl named Candy proposed to him and takes Pat to see Candy — at her drag show. "She's a man," Pat says to her son. "I haven't accepted anything," Lance reassures his mother. Since it was the first time a proud, openly gay man appeared on TV, Cinéma Vérité could have spent a bit more time on Lance's role in the impact the series had.

The real fallout happens once the 12-part series airs and the Louds see what a difference editing can make and cringe at the promotional ads asking what viewers would do if their son was gay or if Pat should leave Bill. The nation turns on them, wondering why they would allow their lives to be public like that, discounting the fact that the American viewers were the ones eating it up. Why is that "If you don't like it, turn it off" concept so hard to understand, particularly for Americans? Of course, nearly 20 years before An American Family aired Thelma Ritter's Stella nailed our country's problem in Hitchcock's Rear Window long before a reality TV show aired: "We've become a race of peeping toms. What people ought to do is get outside their own house and look in for a change."

As they did in American Splendor, the directors employ unique techniques to tell this story, techniques that prove even more appropriate to Cinéma Vérité, since this movie recounts the merging of real life with entertainment and frequently in the film, especially during the opening credits, Berman and Pulcini mix footage of the real Patricia and Bill Loud with re-creations of Diane Lane and Tim Robbins playing

their roles. Throughout the movie, Berman and Pulcini keep their tale flowing efficiently and though they do use many great shots, aided by editing by Sarah Flack and Pulcini, but rarely ones overly showy to the point of drawing attention to the direction and away from the story. One exception comes late in the film and proves well worth it. After An American Family has hit the airwaves and become a national phenomenon, an image of Diane Lane on a TV set keeps multiplying into innumerable TVs which then become the lit windows of a building. It's a very nice shot, even if the beginning resembles Gus Van Sant's of Alison Folland's in To Die For when she describes her character's media fame.

The cast all perform well, but by far Diane Lane turns out to be the standout, giving some of the other players, especially Robbins, a bit of short shrift. Coming this soon after seeing Kate Winslet's brilliant work in Mildred Pierce, I didn't think there could be any serious contenders, but I've never seen Lane turn in a better performance than she does here. She's touching, frustrating, brutally honest and damn funny at times.

Those adjectives describe Cinéma Vérité as well. It's only 90 minutes long, but it's incredible how many levels it's successfully working on simultaneously: historical account, satire, commentary, entertainment. So many films wear out their welcome, it's rare to find one that leaves you wanting more, especially from what happens after American Family airs. I could have used more of when the Louds took the offensive to defend their honor (and set the stage for future reality TV stars by perpetuating their fame through books, music and other projects). That reservation aside, it shouldn't be missed. Cinéma Vérité debuts Saturday night on HBO at 9 p.m. EDT/PDT and 8 p.m. CDT.

Comments:
I agree that the film did leave me wanting an extra 30 minutes on the impact the documentary had on the Loud family and how they tried to defend themselves. I did like the mixing of the archival footage and the film footage to point out how footage can be manipulated in a documentary.