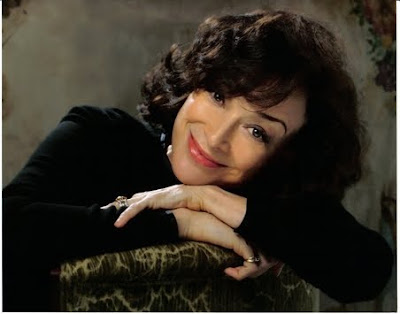 Tennessee native Dixie Carter, whose feisty Southern charm was used to greatest effect in perhaps her most famous role as Julia Sugarbaker in the long-running television comedy Designing Woman, has died at 70.

Though the strongly opinionated designer will most likely be the role for which Carter is best remembered, it is far from the only work on her resume.

Her early television work include work on the soap operas The Doctors and Edge of Night. The first time I noticed her was an early effort by Linda Bloodworth-Thomason, the creator of Designing Woman, called Filthy Rich, a Dallas-spoof that first teamed Carter and Delta Burke.

She ended up being Conrad Bain's wife and Gary Coleman's stepmom in the waning days of Diff'rent Strokes. She did guest appearances on many episodic shows and following the success of Designing Woman found a minor hit in the drama Family Law starring Kathleen Quinlan, which lasted three seasons.

A multi-episode stint on Desperate Housewives earned Carter an Emmy nomination as guest actress in a comedy series.

She only appeared on Broadway four times, but one of those was taking on the unenviable task of replacing Zoe Caldwell in her Tony-winning role as Maria Callas in Terrence McNally's Master Class.

She is survived by her husband, acting great Hal Holbrook, whom she wed in 1984 and acted opposite her often on Designing Women. RIP Ms. Carter.