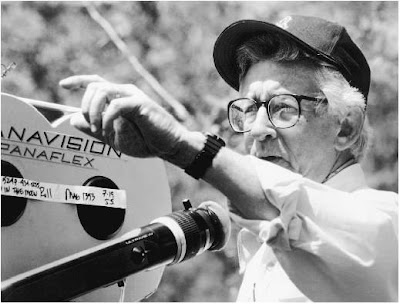 By Edward Copeland
Robert Mulligan, who died Saturday at 83, was a solid workman-like director. Not all of his films were good or memorable by any means but the ones that were more than merit his inclusion among the best, if for To Kill a Mockingbird alone.

That movie version of Harper Lee's great novel remains one of the most faithful adaptations of a wonderful book ever brought to the big screen in Horton Foote's screenplay. Beyond that achievement was his astonishing work with the cast, bringing great performances out of the children, including an Oscar nomination for Mary Badham as Scout. He also elicited Gregory Peck's best work ever as the noble Atticus Finch and got Peck a deserved Oscar for the performance.

Mulligan, whose brother was the late actor Richard Mulligan of Soap and Empty Nest fame, got his directing start in 1950s live television before moving into film with such efforts as Fear Strikes Out starring Anthony Perkins and two Natalie Wood vehicles: Love with the Proper Stranger and Inside Daisy Clover.

In 1978, he directed a guilty pleasure of mine: Alan Alda and the great Ellen Burstyn in Same Time, Next Year, which even now, decades after I first saw it, if I catch it on TV, I have to watch it until the end. I can hear Johnny Mathis singing right now.

Fittingly, one of his best films was his last one and also featured another great performance by a youngster when he made The Man in the Moon starring a then-14-year-old Reese Witherspoon.