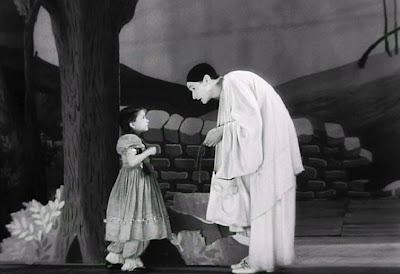 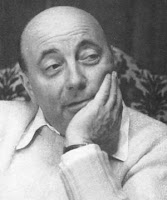 By Edward Copeland
Usually when I do a Centennial Tribute, it's an overview of a person's career, hitting his or her highlights and emphasizing the importance of the man or woman. In the case of Marcel Carné, I'm taking a different tact. Time and other issues prevented me from delving more deeply into his filmography. Besides, it also gave me a chance to write in depth about his masterpiece, Children of Paradise. Every time I watch that film, it rises in my estimation. In my list of my top 100 films I compiled in 2007, it ranked at No. 18. Watching it again, I think if I re-did that list, it would rise even higher, though I'm not sure how high. I just know that having watched it for what I believe was the sixth time, I was as compelled as ever by this remarkable work, made all the more amazing when you are aware that it was being filmed in France during the German occupation of World War II. 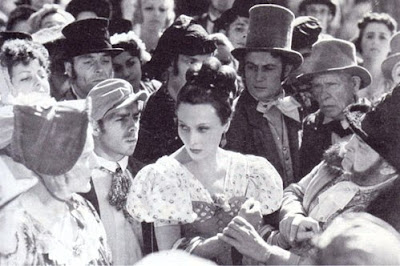 More times than not, it seems that the greatest films are rather simple on the surface with complexities layered below for viewers to plumb if they choose. It doesn't affect the outcome either way and that's certainly the case with the greatest of Children of Paradise. The movie was the sixth collaboration of Carné as director with Jacques Prévert working on the screenplay. (Prévert actually earned an Oscar nomination for original screenplay.) In 1979, Carné received a special Cesar award (the French equivalent of the Oscar) naming Children of Paradise as the best French film made in the era of talkies. Beginning in the late 1820s, 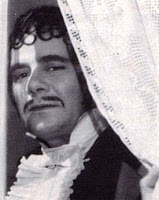 Children of Paradise at its heart a backstage drama as well as a romantic quadrangle where four men, three of whom were historical figures, chasing one woman. Arletty plays the woman, who goes by the name of Garance. As the film opens, she spends her time in the company of the real-life criminal Pierre-François Lacenaire (Marcel Herrand), though the relationship doesn't appear to be a romantic one. Lacenaire dresses somewhat as a dandy with a set of curls dripping across his forehead and frills protruding from his shirt. He says he declared war on humanity long ago and his heart doesn't beat like others. In fact, Garance is the only woman he doesn't hold in contempt. He's a thief by need, a murderer by calling. Lacenaire also has a bit of an artistic bent, scribbling away mild farces on the side since he thinks tragedy is "an inferior genre." Garance meets the second man (and historical figure) outside on the Boulevard of Crime, which gives part one of Children of Paradise its title. Frédérick Lemaître (Pierre Brasseur) is at the beginning of what will be an illustrious acting career, but he's already well-versed in charming the ladies and living as a lothario. Garance resists his seduction but soon finds 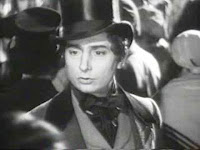 herself in legal trouble as she gets fingered as a pickpocket in a crowd for a crime committed by Lacenaire. The third real-life man comes to her rescue from his silent post outside the theater called the Funambules. Baptiste (Jean-Louis Barrault), a mime ridiculed by his father who manages the popular pantomime theater not only clears Garance, he does it in a silent performance that wows the crowd and finally leads to his rightful place within the company. Frédérick also gets a job there, though he's frustrated. He wants to act, but French theater of the time was a silent art and he's sapped of his greatest gift, his voice. He longs to play the classics, particularly his dream role of Othello, which becomes an underlying theme to the film as well as an obsession for Frédérick himself. Baptiste's feelings for Garance are the purest: He's instantly entranced and in love, despite his engagement to Nathalie (María Casarès), another member of the Funambules company. Despite his father's 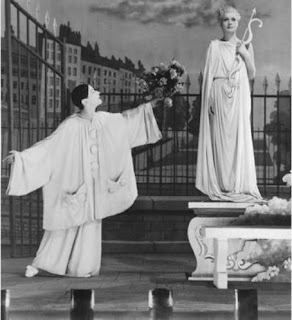 resistance to letting Baptiste on to the stage, he sees the financial possibilities and Baptiste proves to be a sensation, an instant star and makes the theater a even greater success. Frédérick adapts as well, though everyone recognizes that he's no mime, he's an actor. Even Garance gets in on the act after Baptiste rescues her a second time, when she finds herself out on the town with Lacenaire and his chief henchman Avril (Fabien Loris). A sinister ragman, snitch and pseudo-soothsayer named Jericho (Pierre Renoir, Jean's real-life brother) had already warned the inn's proprietor that trouble is on the way). When Garance goes to speak with Baptiste who is sharing a drink with a fake blind beggar (Gaston Modot, who played Schumacher in Jean Renoir's Rules of the Game), thinks Baptiste is encroaching on his boss's lady and gets rough with Baptiste, but let's just say all mimes aren't the gentle souls you think they are. Baptiste escorts Garance home but a sudden rainstorm, leaving both soaked so he's able to secure her a room in the Dickensian boarding house in which he lives and which and she gets the room adjacent to Frédérick. Baptiste gets her a job in the theater company, even though he's emotionally devastated once she starts basically living with Frédérick. Nathalie recognizes the pain in the face of the man she loves, even if it's hidden beneath his white makeup most of the time. The final man to enter Garance's orbit arrives late in part one and is the only one of Garance's suitor who is a fictional character. Édouard, Count de Montray (Louis Salou) catches Garance in a performance at the Funambules and finds himself enchanted. After the show, he meets her backstage with a huge arrangement of flowers. Garance doesn't seem to have much interest, but he gives her his card if she should ever change her mind. That chance comes sooner than she thinks when Lacenaire uses her name to rent a room as a setup to rob and almost kill a bank collector. The police come on strong and refuse to believe her protestations of innocence and even dredge up the old shoplifting charge. Forced into a corner, she whips out the count's car and so ends part one. 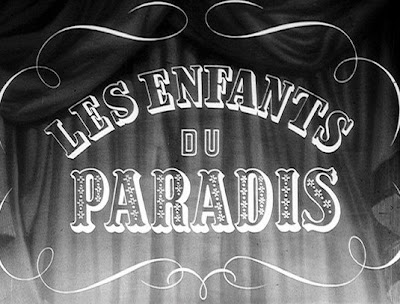 Children of Paradise was never intended to be a two-part film, but it was being filmed at a most difficult time in French history when many of its greatest filmmakers had fled the Nazi occupation and Germany had imposed strict rules over what could or could not be made. Most were short, light fare and anything serious tended to be period pieces. Any allusions in Children of Paradise were as subtle as possible, mainly through the negative image of the informer Jericho and the nasty vision of the police. The original producer of the film demanded that the film, which at roughly $1.5 million was the most expensive French film ever made, be 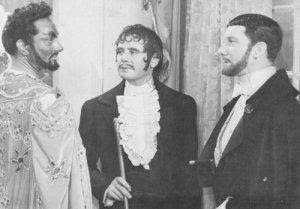 filmed into two parts, even with two separate sets of credits, so they could charge more. (Part two is titled The Man In White and takes place six years after the end of The Boulevard of Crime.) By the time the film was released, a new producer was on board, but Carné was forced to stick to the original agreement. It's truly an amazing achievement. Though set in Paris, most of the sets, including the boulevard were constructed in a studio in Nice. War-related delays made the shoot a lengthy one. Pierre Renoir was not the first choice to play Jericho, but the original actor's scenes had to be re-shot when he was revealed to be a Nazi collaborator and after the Allies landed on D-Day, fled the country. Others who worked on the film have special credits of "clandestine collaboration" because of their Jewish heritage that forced others to serve as fronts for them. The director secretly enjoyed the delays because he wanted Children of Paradise to be the first film released in unoccupied France. For a three-hour film, it moves swiftly and fleetly as the story and wonderful images engross the viewers. The acting is strong across the board, particularly by Barrault and Herrand. Its richness deepens with each viewing and it always makes me why it took so long in my life to ever hear about it and why you still don't hear about this wondrous film as often as you should. In an introduction on the Criterion DVD, Terry Gilliam discusses how much of an influence Children of Paradise has had on him, particularly in Time Bandits and The Adventures of Baron Munchausen. Carné just passed away in late 1996, but of course he didn't make the cut for the Oscar In Memoriam segment that year, so the Academy thumbing its nose at film history hasn't been something that just happened this year. No matter. They just don't know what they are missing and what they are missing are a masterwork of cinema, exquisitely produced under trying circumstances telling universally recognizable stories of love and betrayal, class and art. For fans of great film, it is a treasure to behold.

Good to see this fine film receiving some much-deserved attention. Here's what Ben and I had to say about the film a few years back: