Every show is your last show 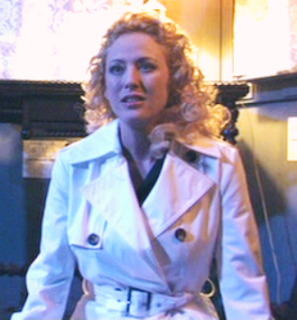 By Edward Copeland
The Angel of Death (in the form of Virginia Madsen) hovers literally over The Fitzgerald Theatre as it begins its final broadcast of "A Prairie Home Companion" in Robert Altman's film of the same name. In many ways, the film plays as if it's marking a summation and an end for Altman as well. We know that's not necessarily true — he's already announced plans to make a fictionalized film based on the documentary Hands on a Hard Body, but though A Prairie Home Companion ends up being merely a pleasant trifle in the Altman canon, you can't help but see allusions to the more glorious films of his past. When one of the performers of the radio show dies unexpectedly backstage, characters are stunned that their leader, Garrison Keillor, doesn't plan to make note of it on the air. Radio doesn't look back, he tells them. When they ask him if he'd want them to remember him if he died, he responds, "I don't want people to be told to remember me."

Perhaps I'm reading too much into it, but A Prairie Home Companion plays as if this were Altman composing his own eulogy, making certain to reference his many career highlights. The wonderful cinematography by Edward Lachman creates an atmosphere that seems to take the film outside of any specific time period (As Kevin Kline in a great turn as would-be hardboiled detective Guy Noir comments at one point about the radio show: "It's been on since Jesus was in the third grade), almost seeming as if it's set in the same era as Thieves Like Us or Kansas City.

The many musical numbers recall his great Nashville, of course, but they seemed more in tune to me with his frequent musical outbursts in A Perfect Couple that often occurred while offstage events spun on simultaneously and which Altman himself admitted began as an idea for a filmed concert before a narrative interrupted his plans. Some intricately composed camera moves early in the film recall the unbroken take that opened The Player. However, the Nashville resemblance resonates most strongly when an untested performer (this time Lindsay Lohan instead of Barbara Harris) takes to the stage to save the show, though not because of an assassination, but merely to fill extra air time that remains in the broadcast.

The bare-bones plot concerns a corporation (embodied by Tommy Lee Jones) who buys the radio station and theater that are home to "A Prairie Home Companion" and plans to bring it to an end, even though the real-life version continues. Altman's film really doesn't allow much in the way of characterization, so the person who comes off best is Kline, who plays a caricature as Guy Noir (a role Keillor plays in the radio version). He gets the best lines, written in the P.I. mode of noirs past ("She gave me a smile so sweet that you could have poured it on pancakes"). Kline's verbal and physical skills are a joy to behold and really help what is essentially a very slight film.

In fact, in the somewhat amusing DVD commentary by Altman and Kline, even Altman starts yawning at times and expressing the hope the audience isn't getting bored as well. I never was bored and A Prairie Home Companion certainly made me grin a lot, but it's most interesting if you watch it as if this was Altman's intention for a last film, even though, thankfully, it's not going to be his final one.