Bouncing to a TV near you (plus a personal announcement) 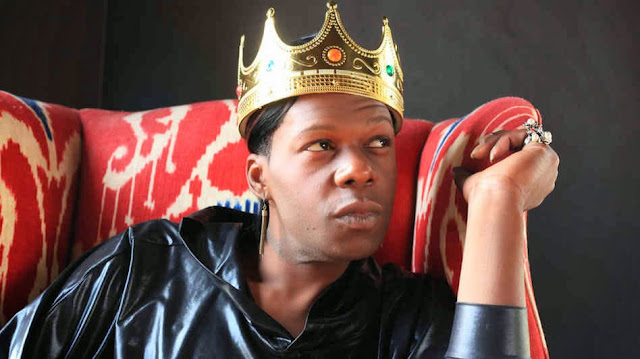 By Edward Copeland
At 11 tonight Eastern time on a network I didn't realize even existed, let alone that I had until recently, a new series debuts (BLOGGER'S NOTE: Like Rick Blaine in Casablanca, I was misinformed. In this case, not about the waters, but that tonight's episode is the premiere. When I first learned about the series through an interview on MSNBC's The Cycle, Toure indicated the show's debut hadn't happened yet. I immediately did an AT&T U-Verse search and it didn't show an episode airing until tonight and gave no episode number. Because I wanted to switch the time I recorded it, I changed the settings just now and discovered that tonight's episode happens to be the third. A check of the the fuse website shows its premiere took place Oct. 3, which I'm fairly certain preceded the MSNBC interview.) that should be of interest to any fan of New Orleans' plethora of contributions to musical styles as well as fans of David Simon and Eric Overmyer's Treme, soon to end its too short run on HBO with an abbreviated five-episode fourth season that premieres Dec. 1. Big Freedia: Queen of Bounce airs at 11 p.m. Eastern/10 p.m. Central on Wednesdays tonight on fuse. This new show's connection to Treme and an announcement by myself concerning the HBO drama comes after the jump.

Jazz hardly stands as the sole musical genre born in the Crescent City, but as Treme's Davis McAlary (Steve Zahn) declared once, New Orleans' music scene tastes and has a recipe much like its gumbo: Lots of ingredients end up in the mix. One of the newer forms to spring forth from its club scene (and a particular favorite of Davis) goes by the name of bounce. Big Freedia: Queen of Bounce (which I haven't seen) promises to take viewers deeper into the culture and origins of that sound with one of its giants, Big Freedia, as our guide. The specific connection to Treme stems from Big Freedia's appearances in two of the second season's best episodes — "Everything I Do Gohn Be Funky" (written by Simon, directed by Tim Robbins) and "Santa Claus, Do You Ever Get the Blues?" (story by Overmyer and Lolis Eric Elie, written by Elie, directed by Alex Zakrzewski). Big Freedia took part in the constant attempts by Davis to enter the music industry, in this case by trying to recruit local artists to contribute tracks for a compilation CD so Davis can showcase his own work. Big Freedia got to take part in the priceless scene where Davis reluctantly takes his delightful Aunt Mimi (Elizabeth Ashley — even more priceless and delightful herself) to a club because she insists on seeing this bounce music for herself before agreeing to help finance her nephew's plan.

Speaking of Treme, my announcement. Provided that my fingers and hands hold up, I'm planning to recap the final episodes of Treme. Don't expect them to be as detailed as they were for season 2, but I'm going to try. I feel I owe it to the show, especially since my health problems prevented me from recapping season three, which turned out to be the series' best season. Keep your fingers crossed for me and hopefully my Treme recaps shall return for five more times in December.