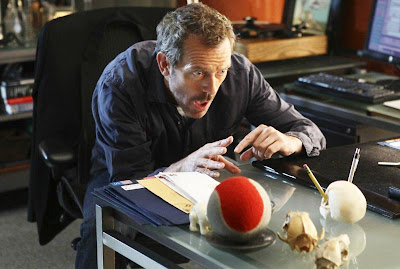 By Edward Copeland
Sigh…if only Gregory House were my doctor. I think we'd get along well. We're actually very much alike, minus the Vicodin addiction, but I am willing to learn. (In truth, most every pill and patch I've been prescribed over the years to deal with my various pains, anything that works on the excruciating torture my nonworking legs inflict on me I eventually build up a tolerance t0, so I've wondered why that hasn't happened to House at some point. As you all know, very shortly (about 90 minutes), we'll be getting our last new visit with him. First, an hour-long retrospective then the last episode titled "Everybody Dies," a play on one of his favorite truisms "Everybody lies." I haven't seen it. I've heard rumors that many former cast members will pop up somehow, perhaps even Kal Penn as the late Dr. Kutner. 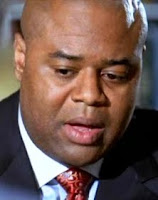 I didn't watch House, M.D. from the beginning. (Does anyone really use the M.D. in the title? We know what show we're talking about.) In fact, I became addicted to the show, or more accurately Hugh Laurie's character, while stuck in two hospitals for a total of three-and-a-half-months in 2008 when USA seemed to show House marathons most days and at least one day of the weekend. I didn't get to see the show in order so it took a long time before I ever saw the episode that even explained what happened to his leg. Whenever anyone describes Gregory House as a jerk, I feel like Larry David does on Curb Your Enthusiasm whenever anyone tells him that the George character on Seinfeld was a loser and Larry gets all defensive. At least when it comes to how he treats the medical side of things, he's being a jerk for the right reasons. As I lay in my hospital bed watching him defy the Princeton-Plainsboro's evil new corporate owner Edward Vogler (Chi McBride) while I endured the cost-cutting tactics of real-life hospital administrators for whom patient care ranks low on their priority list, how could I not cheer House? If only more doctors valued their patients above their portfolios the way Gregory House does.

Admittedly, House the show hasn't lived up to the quality of its early seasons for quite some time, but I've stayed with it because of Laurie. He's created a character too great not to watch. It isn't the same as it was with Homicide: Life on the Street, a series I watched past its prime solely because of Andre Braugher's Frank Pembleton. However, when Braugher decided to leave the show, I followed him right out the door. If Laurie left House, no conceivable scenario would allow the show to carry on without him — especially since, as of a couple weeks ago, Omar Epps' Foreman and Robert Sean Leonard's Wilson serve as the only other original cast members standing. 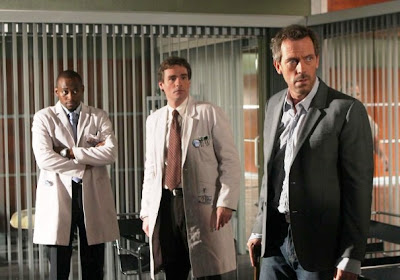 I wanted to write a bigger advance piece before the finale aired but, as you can tell, I ran out of time. Hopefully, after I see how it ends I can comment on the ending itself as well as talking a bit more in detail about the show as a whole and picking my favorite episodes. Until then, a fun YouTube package I found that built a montage of some of the best House clinic moments.