The Times They Are a-Changin' 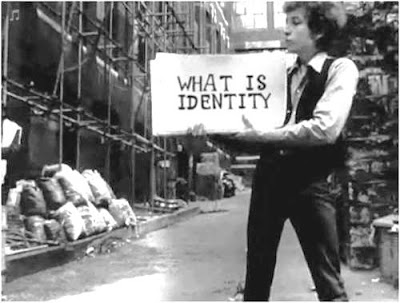 By Edward Copeland
Some changes will be coming to Edward Copeland on Film (you can add the and More if you like, I just added that to reflect that we covered more than motion pictures). Because of restraints on my time and a changing desire in what and how I enjoy to write, this blog shall be undergoing a transformation, one that as of now I don't even know what form it will take.

What I do know for certain is that posts will appear less frequently and, with an exception here or there and perhaps more sometime down the road, all will be written by me. I wanted to take this moment to give a public shout-out to the most recent group of regular contributors, whose names likely will remain in the sidebar if only so they can comment without having to go through the moderation process, and to thank them for all their help in filling these virtual pages. Many have their own blogs where you will be able to find them.

Some other issues sparking this makeover. Blogger has announced some mysterious changes that will occur this month so who knows how easy it will be to adapt, I do not know. The other concerns sewer work which has been making its way through my neighborhood and finally has landed in the backyard to tear it up. Despite markings where they aren't supposed to cut, they've knocked out our cable, phones and Internet several times of late — and that was before they'd move into our yard itself. 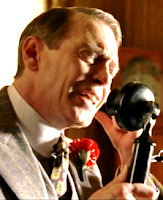 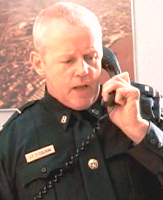 Also, having been reviewing new releases more or less continuously for 28 years, I've grown bored with the short assessment of new works even when I've liked them. Part of this probably stems from my inability to see things on a timely basis, but I've just come to enjoy more in-depth discussions of films, topics, TV shows or important artists. I've loved doing recaps, particularly Boardwalk Empire and Treme, but since HBO seems intent on scheduling the shows where at least part of their new seasons overlap, my physical stamina may prevent that from being a possibility this year without giving up one of the shows, which I don't want to do. The people at Treme have been very good to me, so I feel very loyal to them. Maybe David Simon and HBO will do as they did with Season 4 of The Wire and send the complete season out early. Perhaps faithful readers who enjoy my detailed recaps could contact HBO in NY with that suggestion so I still can do both shows. Treme kept the same shooting schedule, so they should be done in plenty of time to send out the complete season well in advance and I could have those down before Boardwalk Empire screeners arrive. You can email HBO by clicking that link or if it goes funky the address is sitefeedbackgeneral@hbo.com; the phone number for HBO is 212-512-1200 and ask for media relations; the snail mail address is 1100 Avenue of the Americas, New York, NY 10036. Address it to HBO media relations.

In the meantime, there won't be posts as often but I hope they'll be better when they do appear. You might see something before then, but I know for certain that the next date I plan to post something will be a week from today, April 10. Until then, once again thanks to my contributors and where you can find them out there.

That's the announcement for now. For sure I will be back April 10 unless I should have some sort of unexpected quick post before then — and who knows what these new Blogger changes will mean. Perhaps a new look or revised name could be imminent. Thanks for reading. I'm not leaving for good.

Comments:
Looking forward to whatever you have in store for your readers, Ed. Best to you. And thank you very kindly for the link love.