"What do they want from me? After all, I’m only an actor." 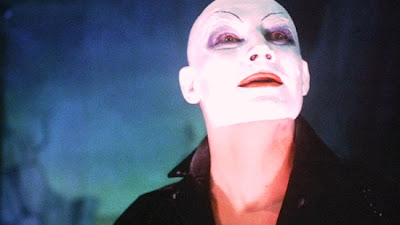 By Roscoe
Hendrik Höfgen sets a new standard for protesting too much with the above line from István Szabó's film Mephisto, which celebrates the 30th anniversary of its U.S. release today. Höfgen, unforgettably embodied by Klaus Maria Brandauer, is an actor who finds himself living in, to put it politely, interesting times — 1930s Germany. Szabó's film, based on the novel by Klaus Mann, details Höfgen's career trajectory from provincial Hamburg star and Communist Party member to his final status as the most prominent actor in Nazi Germany, the darling of the Fascist elite. To do this, he, not surprisingly, has to do a lot of skillful maneuvering and charming and flattering, to say nothing of soul-selling.

Höfgen is first seen in his dressing room, screaming with rage and frustration at the wild ovation a visiting star performer is getting from her audience. In what turns out to be the first of many scenes involving Höfgen gazing into a mirror, he manages to pull himself together, going from abject misery to a teeth-baring defiance. He soon is complimenting the star on her performance (which he didn't see) and fishes for compliments from her, asking her to speak a little louder so that everyone can hear her high estimation of his talent. 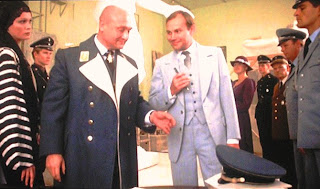 Soon, the political climate of the era is laid out for us, with Höfgen's communist leanings and involvement in a Revolutionary Theater getting particular attention. The Nazis get some mention, but aren't taken particularly seriously until the terrible day when Hitler is elected chancellor, and everything is turned upside down. Höfgen's communist past suddenly is a liability as he finds some old enemies in high places. He makes the most of an even more highly placed acquaintance, who is the mistress of the Nazi Field Marshal (played by Rolf Hoppe, the character clearly based on Hermann Goering), and is able to get himself cast as Mephisto in a revival of Goethe's Faust. The Field Marshal is very taken 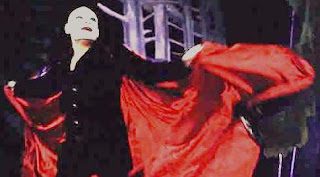 with Höfgen's performance, and Höfgen's career is saved. He's soon the Nazis' go-to spokesman on cultural matters, spouting their platforms on German art with an actorly polish that is supposed to make the ideology more palatable. It isn't all roses, though, as Höfgen soon finds that there's more to pleasing Nazis than repeating their platitudes on High Culture. He eventually is the manager and star of the German National Theater, and has to deal with Nazi interference on personnel and cultural issues. Certain Jewish staff has to be dispensed with, and most serious works are not acceptable to the regime on political grounds. Höfgen’s production of Hamlet, based on the uncomfortable lecture he delivers, looks to be Shakespeare re-imagined in the Nazi mold, with Hamlet as a bold and resolute hero, a prince of the North. And, based on the final moment of the film, the Nazis seem to have bigger plans for Hendrik. 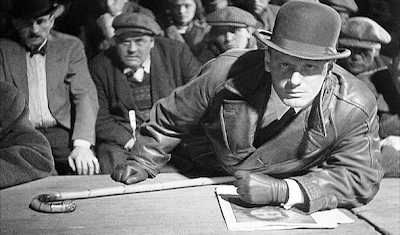 It should be mentioned that Mann's novel Mephisto was based on the career of the German actor Gustav Gründgens, best known today as the derby-hatted master criminal Schranker in Fritz Lang's M. Gründgens was Mann's brother-in-law, and had a career trajectory similar to Höfgen’s, running the German National Theater in Berlin during the war, with Goering's backing. 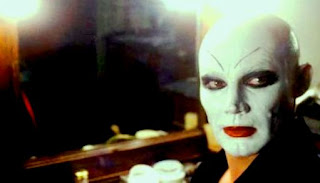 So how does Mephisto the film hold up, 30 years on? Remarkably well, I'd say. Szabó brings the film to life with a good deal of energy and style, favoring tight close-ups of his excellent cast. I’m very taken with the film’s multiple Mephistos — ranging from Höfgen’s own two performances of the role (one before and one after the Nazi takeover) to the group of costumed Mephistos who appear at Höfgen’s wedding late in the film, leading the entire party in a celebratory dance. To be fair, the film's 144

minute length can feel a bit prolonged in places, but for a viewer willing to hang in and do the work, there are real rewards. The success of the film must depend largely on casting Höfgen properly, and there's no denying that Szabó hit a bull’s-eye with Klaus Maria Brandauer. Brandauer’s performance is a marvel, a real tour de force, a blowout display of overacting, underacting, and everything in between. He’s able to negotiate the character’s shifting allegiances and sell-outs large and small with what looks like ease. Not the least of the Mephistophelean bargains in the film is the one Brandauer makes with the audience — as bad as he gets, he’s always fascinating to watch as he veers from extreme egotism to extreme self-loathing. He's as electrifying now as he was in 1982. He gets excellent support from the rest of the cast, with special notice going to Karin Boyd as Juliette, Höfgen's Afro-German mistress and dance instructor, probably the only character in the film who really knows and loves him for what he really is. Their scenes together really crackle.

The film, alas, seems to have dropped off the map, strangely so since it picked up a best screenplay prize at the Cannes Film Festival and the Oscar for best foreign language film, the only film from Hungary to do so. The DVD is out of print, and no longer available via Netflix. A real shame. This film deserves a lot better.

Roscoe blogs at Roscoe Writes. He graduated from the film program at CUNY’s Brooklyn College, and lives in NYC with his husband.