What defines a terrorist act? 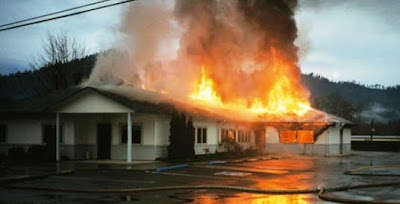 By Edward Copeland
Certainly, no one's wording probably would match exactly. There might be some who answer quite literally with a response along the lines of "something designed by a person or group to instill fear in others, usually because of an ideological motive." However, I imagine most replies would involve destruction and the desire to injure and kill. I think a majority of people would have thought that long before we endured the horror of 9/11. The U.S. government's definition of a terrorist organization is far broader and beginning in 1995, the environmental activist group called the Earth Liberation Front was named by the feds as "the No. 1 domestic terrorism threat" for a series of arson fires and other actions ELF took against timber companies and other businesses that they saw as environmental threats. ELF destroyed property, but the group carried out its acts after all people had vacated the structures. No deaths or injuries occurred as a result. Six years later, when the FBI finally broke the case and swept up many ELF members, those accused faced life sentences in the strictest prisons because of the "terrorist" label. The account of one of those ELF members, including interviews with the agents who made the arrests, gets told with a fairly even hand in If a Tree Falls: A Story of the Earth Liberation Front, one of the five nominees for 2011's Oscar for documentary feature.

Though director Marshall Curry had been involved in documentary filmmaking long before this film came about, the way Curry became aware of ELF member Daniel McGowan and the Earth Liberation Front's activities crossed the filmmaker's path in an unusual way. In December 2005, Curry's wife walked in their home to share the shocking news that four federal agents entered her office earlier that day 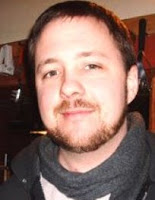 and arrested McGowan, who was one of her employees, for "eco-terrorism." McGowan's arrest wasn't an isolated one for ELF members that day. The federal investigation to crack the case and apprehend members of the cell, few who lived near one another by that time, had dragged on for years. When a break finally was made, the FBI wanted to move swiftly before word could get out to any other members who might go into hiding. The authorities took McGowan and 12 others in various parts of the country into custody that day. According to the director's statement in the documentary's press notes:

"I had met Daniel through my wife, and he did not fit my expectation of what an “eco-terrorist” would be like. He had grown up in Rockaway, Queens, was the son of a N.Y. cop, and had been a business major in college. He didn’t look or talk like a revolutionary, and to me he seemed less like Che Guevara or Malcolm X than a typical 'boy next door.' Whenever reality cuts against my stereotype, and I discover that the world doesn’t work the way I thought it did, I become curious. How had someone like him taken part in these fires and found himself facing life in prison for terrorism? What could lead someone to decide that arson was a reasonable response to environmental problems? How had this shadowy group — the ELF — been formed, and how had the investigators cracked them? Sam Cullman (the film's co-director, co-producer and cinematographer) and I decided to find out."

The film consists of multiple interviews with people such as former ELF member Suzanne Savoie, who also was arrested; Greg Harvey, a detective who helped the feds infiltrate an ELF cell; former U.S. Attorney Kirk Engdall, who prosecuted McGowan; McGowan's wife and family members, including his father, the former New York police officer; and McGowan himself as he lived under house arrest awaiting his trial. If a Tree Falls also uses a lot of archival footage of the ELF attacks, some never seen before, such as when they execute explosions and fire at a SUV dealership.

If a Tree Falls works best on the bigger issue of the government's inability (pardon my punning) to see the forest for the trees. In October 1996, when ELF members, including Jake Ferguson, another key figure in the mass arrests that picked up McGowan, committed their first arsons at two Oregon ranger stations and they earned their label as "the No. 1 domestic terrorism threat" this occurred after the Oklahoma City bombing in April 1995 and concerns over militias as well as the pipe bombs set off by Eric Rudolph earlier in 1996 in Atlanta, most famously at the Olympics. While not domestic in origin, all of these took place after the first attack on the World Trade Center in 1993. While what the Earth Liberation Front did were unquestionably criminal in nature, how could anyone confuse them with terrorism? Hell, they hadn't caught or identified the Unabomber yet either.

The documentary also shows how unequally the various ELF defendants were treated in terms of prison sentences. While the government backed away from the original idea that they needed to be locked up forever, huge disparities exist between the treatments of McGowan, Savoie, Ferguson and others. It also seems pretty ridiculous that McGowan because of his case's "terrorist enhancement" is serving his time in a "Communication Management Unit" built for housing terrorists where he is allowed one 15-minute phone call a week and one visit a month through a glass partition. His release isn't scheduled until 2013. Savoie spent four years in a regular prison, the first three of which she was not allowed to go outside. In 2010, she was released to a halfway house. Ferguson, who cut a deal, remains free on probation.

While the film shows remarkable even-handedness in discussions of whether the Earth Liberation Front's goals justify their actions, it lets one opportunity pass by without much comment. In one interview with McGowan, when he's rethinking his involvement with the group and whether what they did accomplished anything that they wanted, he mentions a meeting where an ELF member argued that the group wasn't being radical enough and should target corporations more directly, suggesting taking CEOs as in abductions or killings. If more members discussed things like this and federal investigations had people wired saying as much, perhaps that domestic terrorist threat title had a cause. Still, that wouldn't make EVERY member of ELF of the same ilk, especially someone like McGowan.

In addition to directing If a Tree Falls, Curry co-produced, co-edited and co-wrote the film. Curry's co-writer and co-editor was Matthew Hamachek. Curry and Hamachek won the documentary film editing award at the 2011 Sundance Film Festival. Curry previously was nominated for the documentary feature Oscar for his 2005 film Street Fight about Cory Booker's campaign to become mayor of Newark, N.J. Later, Curry also received a News & Documentary Emmy Award nomination for outstanding continuing coverage of a news story — long form because Street Fight (as is the case with If a Tree Falls) was made for the PBS series POV and aired there after securing Oscar eligibility. With all the renewed loopiness over reforming eligibility for documentary feature based on a review in The New York Times, it seems strange that they allow documentaries to be eligible for both Oscars and Emmys — especially if the order is reversed and something airs on TV anywhere in the world first, it's not eligible for the Oscar.

If a Tree Falls: A Story of the Earth Liberation Front tells an interesting story, but a lot of better documentaries both on and off the Academy shortlist deserved a slot in the final five more.