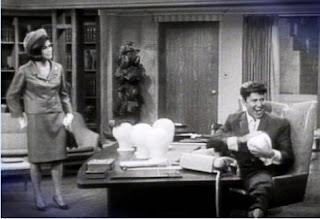 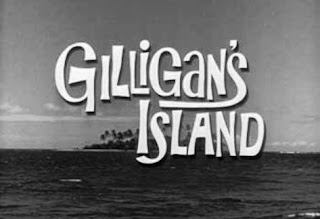 By Ivan G. Shreve, Jr.
Writer-producer Sam Denoff passed away on July 8 at the age of 83 and a foot in the door writing for WNEW Radio in New York (where he met partner Bill Persky) led to writing gigs on the Steve Allen and Andy Williams shows. Denoff and Persky then sold a script to The Dick Van Dyke Show’s Carl Reiner — one that has become a classic episode of the series, so funny that even my black-and-white-TV-adverse sister Kat remembers it fondly.

In “That’s My Boy??” television writer Rob Petrie (Van Dyke) relates the story of how he became convinced that his wife Laura (Mary Tyler Moore) brought home the wrong baby from the hospital, mostly due to a series of events in which Laura was confused with another patient also giving birth. Rob even goes so far — with the help of his best friend and next-door neighbor, dentist Jerry Helper (Jerry Paris) —to take a footprint of his newborn son in order to compare it to the official record. Finally, Rob calls the husband of the woman with whom Laura was repeatedly mixed up with to straighten the situation out; I won’t spoil the ending of this for those who haven’t seen it (though I’d be surprised if anyone hasn’t) but all I have to do is think about the punchline and I start laughing…and crying, too, since Denoff has shuffled off this mortal coil.

Sam and Bill became story consultants and producers for the Van Dyke show and shared an Emmy in 1964 with creator Reiner for their contributions to the series — and the following year, they would win a second Emmy statuette for another classic Van Dyke outing, “Coast-to-Coast Big Mouth.” In this one, Laura is tricked by a sneaky game show host (Dick Curtis) into revealing on national television that Alan Brady (Reiner), the man that employs her husband, is bald as a Crenshaw melon. The expression on Rob’s face when Laura tearfully admits her fox paw never fails to send me to the floor — if I had to pick a favorite episode of the series, I think “Big Mouth” would definitely take the top prize. 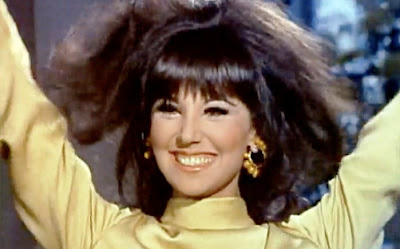 In the TV business, you’re considerably blessed if you enjoyed the successful association that Sam and Bill did with The Dick Van Dyke Show…but when the series left the air in 1966 they were fortunate to capture lightning in a bottle a second time when Marlo Thomas asked them to create a sitcom pilot for her to star in. It eventually became the hit series That Girl, a successful show (1966-71) about a struggling actress (who somehow managed to find a drop dead gorgeous apartment in New York and own a fantabulous wardrobe to boot) that not only employed Denoff (with Persky) as an executive producer but also as lyricist for the show’s theme song. Denoff and Persky also created Good Morning World — a sitcom similar to Dick Van Dyke (the main characters were disc jockeys who answered to an autocratic boss played by Billy De Wolfe) that had its occasional moments of hilarity but not enough to sustain the series past one season…if it’s remembered at all today (though the show’s entire run has been available on DVD) it’s for the participation of a young Goldie Hawn, a year or so away from her star-making turn on Rowan and Martin’s Laugh-In.

When Persky expressed an interest in concentrating on directing after That Girl’s cancellation, Denoff went to work on his own, overseeing such shows as Lotsa Luck, the 1973-74 sitcom starring Dom DeLuise as an employee at a bus company constantly hassled by his mother (Kathleen Freeman), sister (Beverly Sanders) and sponging brother-in-law (Wynn Irwin). (Lotsa Luck never really lived up to its promise despite an impressive pedigree: it was an Americanized version of the long-running Britcom On the Buses.) Other shows worked on by Sam include The Funny Side, The Montefuscos, Big Eddie, The Practice (not the legal drama; the 1976 Danny Thomas sitcom), On Our Own, Turnabout, It’s Garry Shandling’s Show, The Lucie Arnaz Show, Harry and the Hendersons and Life with Bonnie. R.I.P., Sam — you’ll most certainly be missed.


SHERWOOD SCHWARTZ
Sherwood Schwartz's long and amazing life came to an end Tuesday at the age of 94. The man whose name fellow OTR scribe Hal Kanter once described as sounding “like Robin Hood’s rabbi” got a birthday shout-out from TDOY last November, and so I’m going to crib what I wrote then about the man whose sitcom creations Gilligan’s Island and The Brady Bunch will live on in television immortality: 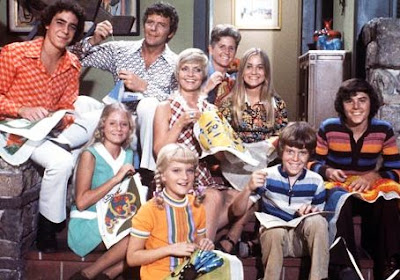 Just sit right back and you’ll hear a tale about how a medical student decided to chuck his studies to write comedy on the radio — because that’s exactly what today’s birthday boy did, resulting in a lengthy show business career that was responsible for creating two of the most popular sitcoms in TV history. Sherwood Charles Schwartz was born 94 years ago on this date in Passaic, N.J., and was attending the University of Southern California when he got the chance to follow in the footsteps of his older brother Al, a scribe on radio’s The Bob Hope Show. Sherwood never gave medicine a second thought after that; after serving his apprenticeship on Hope’s program (and doing his bit during WWII at Armed Forces Radio) he found his services much in demand on radio series such as The Adventures of Ozzie & Harriet, The Alan Young Show and Beulah.

It was television, however, where Schwartz would find his fortune. He started out writing for I Married Joan, and then with brother Al was part of Red Skelton’s writing team for seven years (even winning an Emmy for his work). When Skelton fired Al and then learned Sherwood was still working on the show, he gave Sherwood his walking papers, too, saying to the effect “I’m not going to have any more Schwartzes working on my show.” Schwartz then conceived an idea for a series about a group of people marooned on a desert island and sold it to CBS in 1963 — but the show barely managed to get on the air. When it did, Gilligan’s Island lasted three seasons on the network (it would have ran for a fourth had CBS President William Paley’s wife not lobbied the network to keep Gunsmoke, which inherited its Monday night time slot) and despite being critically lambasted wound up as one of the biggest smashes in television syndication. The same thing happened with Schwartz’s other creation, The Brady Bunch — a series he sold to ABC that, while never establishing a presence in the Top 30 lasted five seasons and went on to greater glory (like its brother Gilligan) in reruns.

Of course, Sherwood couldn’t always hit them out of the park; his series It’s About Time and Dusty’s Trail — two shows that make Gilligan look like Shakespeare — each lasted only one season, as did the Saturday morning sitcom Big John, Little John…and Together We Stand, a 1986 effort came and went in about six weeks. But despite the critical brickbats, Schwartz’s television legacy was assured when he was awarded a star on the Hollywood Walk of Fame in March 2008.

I honestly think I could sit down and write a show tonight that the critics would love, and I know it would be cancelled within four weeks,” Schwartz once said in an interview with author Jordan Young, responding to the negative reaction awarded to both of hit shows over the years. “I know what the critics love. [I] write and produce for people, not for critics.” Whenever I hear that expression “laughing all the way to the bank” Schwartz is the person I always think of — and will continue to do so — because while there’s certainly room for argument as to how sophisticated his tastes were, he definitely found a TV formula that paid off in dividends. (And for the record — I think Gilligan’s Island is still funny. As one author observed: “Gilligan’s Island is an LSD trip without LSD.”)

Comments:
This is one of the best blog posts I've seen that explains who Schwartz was. Thank you. And yes, I know exactly which Dick Van Dyke episode that is with the "wrong baby" paranoia. :-)