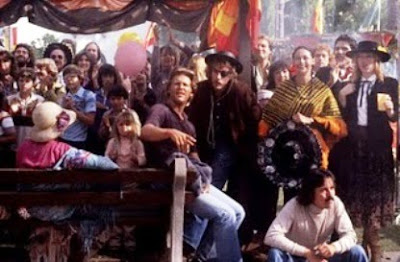 By J.D.
One rainy night, Richard Bone's (Jeff Bridges) car breaks down in an alleyway. He spots a large, mysterious car in the distance. A man dumps something into a garbage can. At first, Bone thinks nothing of it and proceeds to meet his best friend, Alex Cutter (John Heard) at a nearby bar. Cutter, a Vietnam veteran who lost an eye, arm, and leg in the war, is an embittered shell of a man who lacks direction in his life. Bone also is stuck in a rut, selling boats for a mutual friend and hustling rich, beautiful women. He often stays at Cutter's house and is attracted to his friend's long suffering wife, Mo (Lisa Eichhorn). Insulating herself from a mundane existence with marijuana and alcohol, she is the only woman to have resisted Bone's charms.

The next day, a young girl is found brutally murdered in the same alleyway where Bone abandoned his car. He becomes a suspect. When Bone spots the man he thinks is the murderer in a parade later that day — the very wealthy local tycoon J.J. Court (Stephen Elliott) — Cutter begins to take an interest in the mystery that unfolds. His interest soon becomes an obsessive conspiracy theory that develops into a troublesome investigation with his skeptical friend and the dead girl's sister (Ann Dusenberry) along for the ride. Welcome to the world of Cutter's Way, which premiered in New York 30 years ago today.

Cutter and Bone's arduous journey mirrors the film's own struggle to be made. A friend of screenwriter Jeffrey Alan Fiskin told him about a man by the name of Paul Gurian who made money producing films and that he should send him a script. Fiskin did not hear anything from Gurian for awhile. Then, out of the blue, the producer called him. He told him that he had bought the book Cutter and Bone, that he would be out in Los Angeles in three days to visit him, and to buy a copy of the book. Fiskin was so broke that he stole a copy of the book (which he eventually returned) and read it. "The set-up's great, the characters are fine, but the last half of the book is an instant replay of Easy Rider. You cannot make a film out of this," Fiskin said in an interview. Gurian agreed with the screenwriter's assessment and hired him to adapt the book.

Gurian got the studio, EMI, interested in financially backing the film with Robert Mulligan to direct and Dustin Hoffman to play Alex Cutter. However, a scheduling conflict forced Hoffman to leave the project. This prompted Mulligan to leave as well. To make matters worse, EMI pulled their money once Mulligan and Hoffman were gone. Gurian took the film to United Artists where the studio's vice president, David Field, became interested in backing it. U.A. would never have looked at Cutter and Bone had then-President Dan Rissner not suffered a serious heart attack thus giving Field the ability to greenlight projects. It was a hard sell because no one at U.A., except for fellow executive, Claire Townsend, wanted to make the movie.

Gurian gave Fiskin a list of directors and Ivan Passer's name was the only one the screenwriter didn't recognize. Passer, a Czech émigré, got his start as Milos Forman's screenwriter on Loves of a Blonde (1965) and The Fireman's Ball (1968) before fleeing the country in 1968 when the Russians invaded. Fiskin and a couple of United Artists executives screened Passer's Intimate Lightning (1966) and agreed that he was the man to direct Cutter and Bone. The director already was involved with another project but after reading Fiskin's screenplay he wanted to do it. 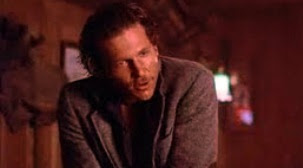 Despite Field's support for the film, it seemed like United Artists did everything in their power to prevent Cutter and Bone from being made. The initial budget was supposed to be $3.3 million but then Field found out that U.A. would only make the movie if the filmmakers were able to reduce the price tag to less than $3 million. Passer and company played along. Then, U.A. said that the film needed a big name star for it to succeed at the box office. The studio liked Jeff Bridges' work in the dailies for Michael Cimino's opus Heaven's Gate (1980) and said that they would only make Cutter and Bone if the filmmakers got the actor to be in their movie.

Fiskin figured that they would never get the talented actor and that his salary would be too much or that his schedule would conflict or he would not like the screenplay. As it turned out, Bridges wanted to do it. Passer cast actor John Heard after seeing him in a Shakespeare in the Park production of Othello. United Artists wanted a movie star to play the role of Cutter but Passer insisted on Heard and the studio relented. Finally, Passer cast Lisa Eichhorn as Mo after she dazzled everyone at an audition with Bridges.

Cutter's Way takes its time introducing the cast of characters and the world they inhabit. The film gradually lets you get to know them and their daily routine. Jeff Bridges proves once again that he is one of the best American actors working in film today. He portrays Bone as a man afraid of commitment, content to do little but fall back on his pretty boy looks to bed any woman who crosses his path. As one character tells him, "Sooner or later you're going to have to make a decision about something." This could be the underlying thesis of the whole film: making decisions and taking a stand about something.

John Heard's Alex Cutter is on the opposite end of the spectrum. He desperately wants to get involved in something, anything to stop living life in a bottle of alcohol, so he latches on to the murder mystery with the ferocious tenacity of a pit bull. Heard plays Cutter like a character straight out of a Tom Waits song. His performance, complete with raspy voice and cynical outlook on life, recalls many of the down-on-their-luck losers that populate Waits' songs.

Lisa Eichhorn's Mo is a complex character torn between being loyal to her physically crippled husband and falling in love with the emotionally crippled Bone. It is this conflict that makes her a tragic figure and Eichhorn is able to show this struggle in her tortured facial expressions and body language. All three actors vividly breathe life into their respective characters creating the impression that they exist beyond what we see on the screen, that in some way we already know them. This is the real strength of Cutter's Way. The actors and the brilliant screenplay create a world that comes to life before our very eyes.

Director Ivan Passer also deserves credit for creating this world. From the haunting opening shot of a parade, caught in dreamy slow motion, first in black and white and then, as the credits fade in and out, gradually becoming color, Passer draws the audience into his absorbing drama. Cutter's Way contains strong visuals thanks in large part to Jordan Cronenweth's excellent cinematography. Nothing is spelled out for the audience, even right up to its conclusion. 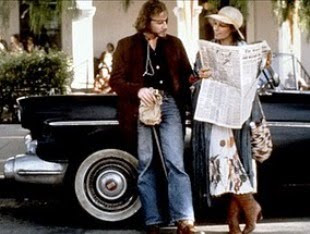 Unfortunately, United Artists did not like the ambiguity in what was then titled Cutter and Bone. When U.A. executives, David Field and Claire Townsend, the film's biggest supporters, left for 20th Century Fox, the studio felt that they would get no credit if the film succeeded and no responsibility if it failed. So, there was no interest in the movie and Cutter and Bone became a victim of internal studio politics. U.A. senior domestic sales and marketing Vice President Jerry Esbin saw the film and decided that it did not have any commercial possibilities. Passer remembers that United Artists "didn't do any research. I was supposed to have two previews with a paying audience. It was in my contract." The filmmaker did not see his film with a paying audience until the Houston Film Festival many weeks later.

If Passer felt that United Artists was not behind Cutter and Bone (they spent a meager $63,000 on promotion) it did not help that when it premiered in New York City on March 20, 1981, all three daily papers and the three major network critics gave it bad reviews. Perhaps the most damning one came from Vincent Canby in The New York Times which was the nail in the coffin for Cutter and Bone in the minds of U.A. executives. The studio was so freaked out by the negative reviews that they planned to pull the film after only a week. Little did they know that the next week Richard Schickel in Time, David Ansen in Newsweek, and New York City's weekly newspapers would write glowing reviews urging everyone to see the film.

The positive reviews prompted United Artists to give Cutter and Bone to their "art" division, United Artists Classics, where they changed the film's title to Cutter's Way (thinking that the original title would be mistaken by audiences for a comedy about surgeons) and entered it into a number of film festivals. At Houston's Third International Film Festival it won best picture, best director, best screenplay, and best actor (John Heard). A week later it was given the prestigious closing feature slot at the Seattle Film Festival. With a new ad campaign in place, Cutter's Way re-opened in the summer of 1981 in Seattle, Los Angeles, Boston, and New York City. Word of mouth helped the film turn a profit.

Do we support Cutter's obsessive conspiracy theories or Bone's refusal to get involved? In doing so, Passer has created an intelligent film about decisions that poses an interesting question: is life merely a collection of random events or is everything planned out? The answer is left up to the audience and the characters to decide. By letting the audience actively participate in the mystery, Cutter's Way is a cinematic oddity in this age of explicit thrillers that offer superficial characters and predictable conclusions.

Comments:
I remember this well. Fine write-up on the film, J.D.

Great film, very under appreciated. I find it amusing that the film seems like a mirror companion to a later Jeff Bridges film, "The BIg Lebowski" in so many ways.

Yes, this film is definitely a keeper. A great, character-driven whodunit.

Yes, it definitely is underappreciated. And you are right to point out the parallels it has to THE BIG LEBOWSKI. It is kinda spooky and makes one wonder if that's what attracted Jeff Bridges to the Coen bros.' film.

Really great write-up on a movie that's becoming one of my favorites. It just shatters me.

This is a film you will not forget soon. Especialy John Heard´s performance is admirable. The mutilated Cutter is missing a leg, an arm and an eye, and he hobbles about swearing and growling like a drunken pirate. A trully memorable character with whom I identified and shared his anger :-).