The Golden Age of TV drama? 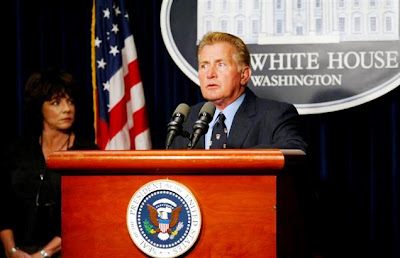 By Edward Copeland
When The West Wing premiered, my mother expressed how glad she was that there finally was a show that wasn't about cops, lawyers or doctors. (She watched that show until the end, I gave up after the first two seasons once I started to realize you could put any character's lines into another's mouth and it wouldn't make a difference: They all sounded exactly the same.) Still, I understood her complaint and in the years since, it truly has been a bountiful time, thanks to the expansion of the cable universe, for TV dramas to explore new and different type of subjects. Most of the network fare still sticks to the docs and crime procedurals, but what glorious ideas have been springing forth elsewhere on the dial.

Even though I don't watch all the series that have driven the drama into new and exciting directions (or in some cases, I've started them and then gave up), it really is an exciting time for television. Though I've been a 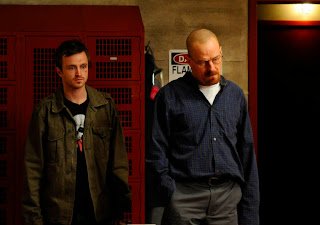 movie lover far and above anything else for all my life, I've had to acknowledge that in recent years, it's television that's been far more willing to take chances than the film industry, which seems obsessed with sequels and remakes of movies that aren't that old to begin with. While great movies still turn up, I really can't recall the last time a new film excited me the same way a series such as AMC's Breaking Bad does. There really isn't a television antecedent for the story of a man who is dying of cancer who becomes a meth-making master to leave a nest egg for his family. The story has the makings for a great movie, but it's even better on television because there's more room for layering and character development over time. Also, it builds anticipation week to week, season to season as to what happens next. It's difficult to remember back to when films could do that for me on a regular basis.

Now the interesting programs are spread across the dial but though it's their slogan (and by now a cliche), for a lengthy time it really did seem like it was true when an announcer would say, "It's not TV. It's HBO." The pay cable behemoth seems as if it single-handedly sparked this new take on what makes a quality drama series. Of 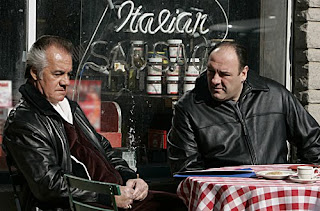 course, the whiny commercial networks said they could be that good if they had the freedom of language, violence and nudity, but we all know the truth is that would just mean more lawyers would cuss, murders would be bloodier and doctors would take more clothes off when they have sex. Look at NYPD Blue, where the language was marginally more daring but the nudity was nothing but gimmicky shots of butts and the series itself was just an excuse to see how many friends and relatives of Andy Sipowicz they could kill off. It really never expanded to any other network programming and at its base, it was still a cop show with a gimmick. It wasn't the freedom of how things could be presented, but the ideas for series HBO was willing to pursue. Granted, not every drama HBO touched turned to gold (see Carnivale and John From Cincinnati) or were too short lived (like Rome), but they were willing to take chances others wouldn't including one little show you might have heard of that all the commercial networks took a pass on called The Sopranos. It was one of the worst moves in the history of the networks and the greatest for fans of quality television. That's what started the network bellyaching as they rushed to imitate it, but without David Chase and that brilliant cast, there hardly was a point. Not everyone remembers this but The Sopranos debuted in the season before The West Wing did. I can almost justify the first season of West Wing beating The Sopranos second season for the Emmy, but The Practice beating The Sopranos' first season and Nancy Marchand's loss still sticks in my craw. Then again, Emmy voters lack the same imagination that network executives do.

HBO just completed the run of its latest hard-to-describe drama, Treme, a type of series you would never find on a commercial network. Some of HBO's other successful dramas, past and present, might have had unusual 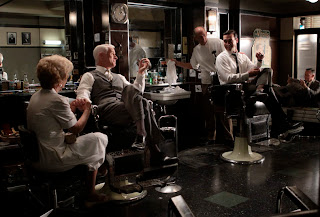 settings such as Six Feet Under which revolved around a family that ran a funeral home and Big Love with its polygamists but at their base, both shows are really glorified soap operas. Other cable networks have joined the unusual drama game. In addition to AMC's Breaking Bad, the network scored first with Mad Men (ironically rejected by HBO) about ad men in the 1960s incorporating real products, events and characters almost like an E.L. Doctorow novel. What's really encouraging is that there are so many new and interesting dramas out there, you can't possibly watch them all. I've never seen Showtime's The Tudors or HBO's In Treatment, and have only seen the first two seasons of Showtime's Dexter. Would the commercial networks have dared try to make a continuing series with a sympathetic serial killer as its lead? I've also missed FX's Sons of Anarchy and Justified. While most of TNT's offerings fall into pretty predictable lines, they are marking new territory with Men of a Certain Age, but I'll follow Andre Braugher just about anywhere since his days on one of the rare network quality dramas, Homicide: Life on the Street, until that show got ruined by network meddling and pointless cast additions and subtractions that marred what was a marvelous show for three seasons or show. (Of course, Homicide was based on a book by the brilliant writer David Simon who created The Wire and co-created Treme.) 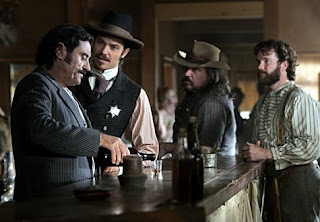 What's interesting is when networks put new spins on old genres. There have been plenty of Westerns on television, though you can never look at any the same way after the three marvelous seasons of HBO's Deadwood, though it was deprived of the two more seasons both it and its fans rightly deserved. The Wire might have been mistaken as just another cop show when it debuted, but it developed into so much more than that, presenting a portrait of a city and keeping more plates spinning in the air with each passing season while looking at the drug trade, port workers, the school system, politics and journalism as well as police work. With its approach that was more novel-like than TV-like, there is a reason that it is routinely hailed as the greatest TV drama ever. FX also shook up the deck of the police drama with The Shield by making its lead a corrupt cop who killed another officer to cover his tracks.

The networks have been sticking their toes in with shows like Lost, which I never watched, but it never could have shown up without the ground work laid by Twin Peaks back when ABC didn't have patience for that sort of adventure. Back when the networks did have their quality phase (and by networks I mean NBC) they gave life to Hill Street Blues and St. Elsewhere because their ratings were so awful, they could afford to take the chance and they stuck by them to let audiences develop. Of course, it's not as if the Emmys can save shows as they did with Hill Street. Look how they ignored the brilliant fusion of teen drama and horror on Buffy, the Vampire Slayer. At least Fox (and WB) stood by it for seven seasons, but again they were still up-starts that could afford to ride out the ratings in return for buzz and demographics. The commercial networks need to realize the days of their monopoly is over and they might as well take chances. What do they have to lose? 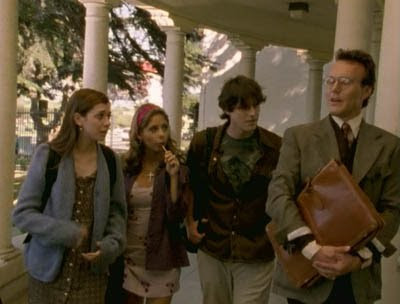 Comments:
Ed, you always have interesting content, and I enjoy reading your posts very much. So, I have awarded you with The Versatile Blogger award because you deserve it, and as a thank you.