A Tale of Two Losts By Alex Ricciuti
"They all die and go to heaven? Seriously?"

That was one of the first comments I read online after the finale was over.

Yes, and apparently some people can take a cab there, but still, don't forget to tip the driver with American money. And remember, heaven's official language is English. I was half-expecting to see Betty White make an appearance as Jack's grandmother, chiding him for never calling while she was still alive.

But at least the sentimentality wasn't half as annoying as those peaceful, knowing looks the characters were going around with in the afterlife universe like they had just been inducted into some kind of cult. Lost usually kept its distance from the excessively saccharine for most of its run only to make its final episode a 100-minute tearjerker experiment (out of a 2 and 1/2 hour run-time. Did all those commercial breaks ruin it for you?) with a juvenile ecumenical message. Honestly, the acting was good, but only because it was obvious that it was the actors themselves saying goodbye to each other after six years of being castmates.

Maybe that's a little too harsh. The execution was far better than I've just implied, but this Six Feet Under-miming ending begs the question — What kind of show was Lost?

There were really two Losts. One was a mystery/fantasy/sci-fi show meant to keep you watching week after week, and the other was, as the show's producers never failed to tell us, all about character. Well, they wrapped up the character arcs pretty neatly, with horse-pill doses of redemption and resolution. 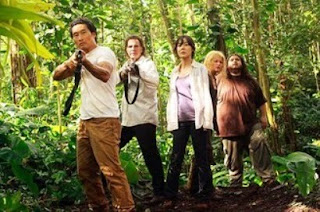 I would have liked to believe that it was always about the characters but Lost painted its characters in the typical broad strokes of a classical (read: mythological) storytelling style; their actions were always bent more toward plot pivots than anything related to realistic character development. Just think about all the episodes spent moving characters around the island just to get them into place for an action set-piece or to have a surprising character-popping-out-of-the-jungle moment. There were literally dozens of these contrivances — I'm going off into the jungle and won't be back for a few episodes so don't wait up for me — which, I assume, most Lost fans were perfectly willing to forgive in exchange for a thematically solid storyline payoff. This never happened. This was a mystery show that turned itself into an office farewell party in its last 100 minutes.

And what about the theme of the episode itself (titled "The End")?

Redemption, yes, transcendence, OK, I get that part — they all die and have to “move on.” But the island, the light, the monster, what were these things metaphors for? That isn't terribly clear or perhaps it's too simplistic (monster = evil, light source = gate to hell — You mean like the hell-mouth on Buffy?). The island story is an allegory for what, exactly? Please, someone fill me in because it wasn't Purgatory — that was the sideways universe. As Christian Shepherd told Jack, everything that happened on the island happened. It was real. The island is a place that characters come to and find redemption. Is that it? That's a little too high school-level drama for me.

If Lost was going to be a mystical, spiritual experience I would have gladly been on board. I like crazy stuff that doesn't make sense. I love David Lynch. I even listen to experimental jazz. But the idiom of the show was always literal and real. There were few Lynchian moments on the show (one being a Locke dream sequence 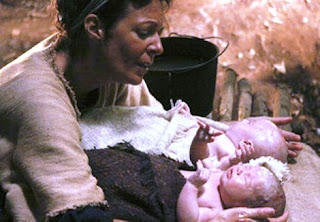 from season 3 when he built a sweat-lodge to summon an answer from the island regarding the whereabouts of Mr. Eko). The cinematography, the dialogue, the entire style of the show was never dream-like or lyrical. It was always firmly grounded in a certain realism and the mysteries were laid out in the foreground and meant to be taken literally and as central to the show. So when Kate flies off the island again in the finale it is a legitimate question to ask — since we saw scenes of the very public nature of the return of the Oceanic 6 to civilization back in Season 4 — what the hell is the lady going to tell people? She has a penchant for boarding airliners that disappear over the Pacific? And what is Richard Alpert going to say — Hi, my name is Richard and I'm 175 years old. Oh, look at that, I never imagined my native Teneriffe would turn into a haven for drunken German tourists. Thinking of it this way makes the whole thing look really ridiculous. But the show has put it in those terms.

So the fact that there were no — let's not even use the word 'answers' — let's say resolution to many of the main mysteries of the show is a huge bone of contention.

Why couldn't women bear children? How were Hugo, Jack, Kate and Sayid sucked out of a plane and landed on the island in 1977? Did the bomb change the future? If it didn't why did we spent the entirety of season 5 traveling into the past?

And what about the philosophical question upon which the whole of season 5 was based — a brilliantly set-up narrative device on the debate between free will and destiny. Can the past be changed or is it fixed? And if you travel back there and cannot change it, then doesn't that mean that destiny trumps free will?

But that question, very beautifully put by the writers, was never resolved along with almost every other mystery on Lost. The sideways world was not a construct of the split-timeline caused by the bomb going off. According to Christian, the castaways themselves created the sideways universe after they died.

The finale was all about the triumph of faith and love over reason and science. That is one question they did indeed answer and perhaps the writers feel that that negates the need for any further explanations.

One has to understand the demands of the medium. Episodes on broadcast television have to be broken into six mini-acts in order to fit the commercials in. Each of those acts has to end in a mini cliffhanger to make sure the viewer returns after the break. Each episode, every season has to end the same way -— leaving viewers wanting more and wondering about what happens next. Don't ever forget, networks are for-profit corporations and want to milk a show for as many seasons as possible.

And that left the writers in a Catch-22 predicament: Answer the mysteries too early and the audience leaves you (Twin Peaks). String them out too much and the viewers will give up and abandon the show as you go off the rails (X-Files). Replace old mysteries with new ones and they will keep watching for a while (new Lost formula). But after six seasons of doing this you will never be able to untangle the mess that is your story...so you simply don't. You do a back-flip and say it's all about the characters.

This isn't art. It's commercial television.

Now, go forth, children of the tube, and start anticipating the next season of Mad Men.

But maybe you should do yourself a favor and avail yourself of technology. Watch without the commercials — exercise your free will.

My suspicion is that the writers planned the "island" story to have a purgatory-like explanation at the start. But once every viewer quickly guessed that solution it was necessary to regroup, create a second mystery (the alternate universe) and then make that the purgatory like world.

I gave up on the show early on, but the "It's really about the characters" stuff bugged me even though I couldn't quite articulate why. (Apart from the fact that, duh, every show is "about" the characters.) Thanks for putting into words for me -- if people were watching all this time for the characters and not the story, then it sure is strange that the writers spent so much time on bizarre plot twists at the expense of those characters.

Oh thank God someone else saw the finale as one big wrap party. I said as much all throughout out it, how the first two hours were barely distinguishable from the two-hour recap show that preceded it, and the last bit honestly looked no different than the Jimmy Kimmel special that aired after it, where all the cast got together to smile and wave goodbye.

I have grown so frustrated with people who actually harp on the "Lost is about the characters" angle. I think that was true in season 1, and bits of season 2, but it hasn't focused even a thin majority of its storytelling on characters for years. But I was willing to accept that for a good mystery. I thought the fourth season was the best yet, all thriller and no filler with a few choice character moments that worked nicely with the overall plot-heavy arc. Then it became clear that the entire season only existed to set up time travel, and that the fifth season might as well have never existed at all. This entire last season was about setting up characters for a resolution that never came, shunted off instead to the afterlife where we were told (almost literally), "Hey, the actual story wrapped up elsewhere, but you don't need to worry about it."

I've got a review of my own coming in a few weeks, once I allow myself to calm down and at least make a pass at watching some of this abysmal and self-annihilating season a second time, but what I already regarded as an above-average but uneven show really lost all its impact with me with that finale (and really the entire sixth season).